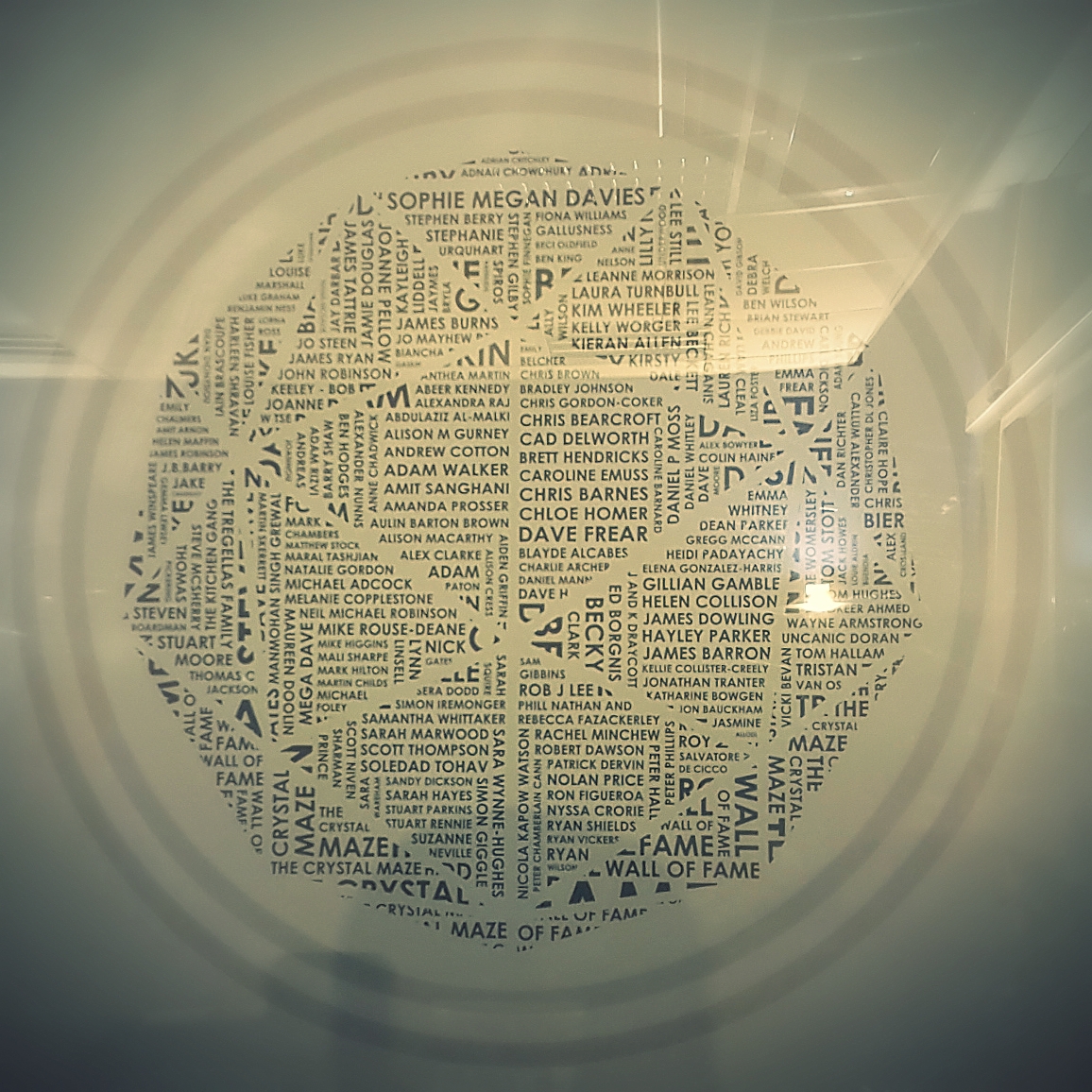 I had heard a lot about the Crystal Maze; while I’d never seen the show, a lot of my friends were raving about how awesome it was. The high ticket price was a bit of a deterrent for me though. A friend sent me a last minute invite to be on her team that same night, so I simply had to say yes! And there we were, thrown into an unfamiliar world of bright lights and mystery.

We got a short briefing, where our Maze Mistress Tilly prepared us for what lay ahead. Four zones, Aztec, Industial, Futuristic,  with a number of small challenges in them, our team leader would choose the contestant and theme and we’d be thrown into the challenge, for which we could earn a crystal that would get us 5 minutes in the Crystal Dome.

We could choose from skill, physical or mental challenge but didn’t know what it was going to be until we were through the door. One player at a time, while the rest of the team got to watch through windows or hatches, which is a very different concept to what I’m used to from escape rooms.

Obviously some of the challenges were easier and more fun than others, and the production value is very high with rooms and props being professional quality. However, within the hour each individual team member only get to do, on average, two challenges.

At the end of the hour, we were led to the high light of the Crystal Maze, the Dome! To be honest, this part was super weird and cheesy. You’re locked into this glass dome and small foil tickets are blown into the air, which you’re supposed to catch and place in a box with a small slot in it. Two of our team members stood still in front of said box and made it almost impossible for the rest of us to deposit the tickets we caught. The whole thing just seemed so weird, but I guess it makes more sense if you’ve seen the TV show.

Overall, I had fun but don’t think it’s worth the money they ask for it. Unless you’re a huge fan of the TV show, because nostalgia doesn’t have a price tag. It’s a good production value and fun little games but there’s a lot of standing around and watching for most team members.