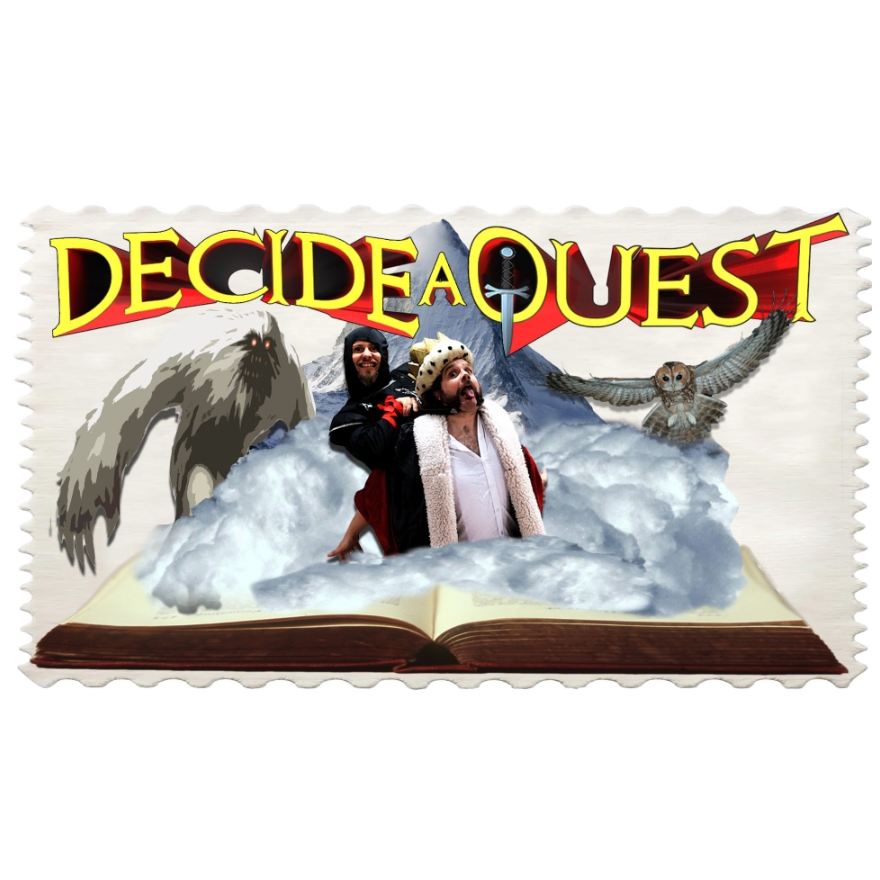 Another show at the Vault Festival, the Decide-A-Quest show! In the vein of choose-your-own-adventure books, this show draws a lot from nostalgia and silliness. Which are both things I’ll happily go with!

Of course, me being the loudmouth I am, I was chosen to be Limpy The Virgin Finger Monk, which meant I was outfitted with a large foam finger and as such in charge of turning the pages in this crazy adventure. Little did I know what was to follow!

Our hero character, played by Edwin Wright, gets roped into a series of adventures with a series of characters played by Tim Dawkins, who also plays the narrator.

Silly props and crazy scenarios bring the whole concept to life. The story takes many twists and turns, with the help of decisions and suggestions from the audience and of course the ever important GO BACK GO BACK GO BACK with a wild wave of the foam finger when a decision turns out to lead to the hero’s death.

Both actors approach the show with extreme enthusiasm and lots of energie. You can see how much fun they’re having and that easily infects the audience, leading to much laughter and participation.

At the end of the one hour show, which seemed much shorter due to much hilarity, we were even given some sweeties, perfect ending to a fun show.

Afterwards, we went to the Admiral’s Backbar, which was a lot of fun though we didn’t get to use the game library. Good company, nice decorations, fun times were had.

Overall, the show could be a little more immersive by presenting choices that actually affect the outcome of the story, it seemed like the choices we were given all lead to the same storyline. Still, it’s a riot and definitely worth seeing!