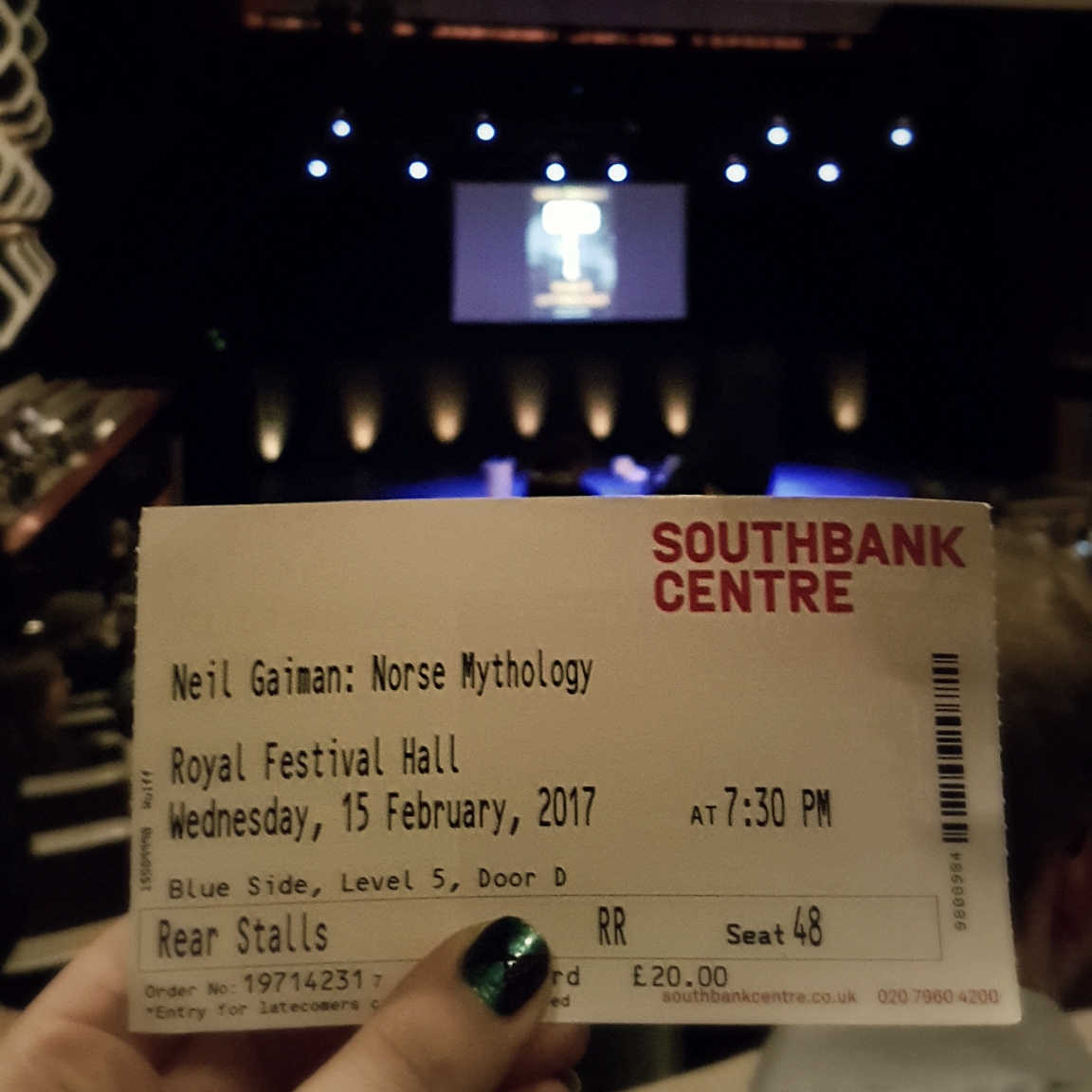 When I heard Neil Gaiman was writing his own version of norse mythology, I was quite excited. I’ve read a lot of different interpretations of norse myths and of course the Eddas, so I was really hoping this would be original stories wedged between the more common and known myths.

I bought the book and finished it just on the day of the reading and I have to say I was quite disappointed. This is fully my fault as I didn’t do any research nor read any articles about the book before buying it. It was very clearly advertised as a retelling of the original stories in Gaiman’s words. I did not know this because I get so excited sometimes that I don’t even read about what it is I’m going to buy, I just go and buy it.

So, yes, I was disappointed with the book, which is fully my fault as I thought it was going to be something it very clearly wasn’t. Having said that, it’s a fantastic Norse Mythology 101 for those who don’t know the stories too well and definitely easier and more fun to read than the Eddas.

I was still looking forward to the evening though as Neil Gaiman is a great reader of stories and always has interesting and well phrased answers to interview questions.

The evening started with a short introduction and reading of one of the stories from the new book. It happened to be a story I had just heard read by Gaiman that same day (I love his audiobooks), but again that’s my fault for being overly enthusiastic. The reading was still enjoyable as I do find the timbre and elocution exceedingly pleasant to listen to, but the exciting part came after, when he sat down to answer questions, as always straying from the point to tell a related story before returning to the original question. There are always interesting tidbits and personal stories to soak up during these talks.

We were also treated to trailers for the upcoming How To Talk To Girls At Parties as well as the super exciting American Gods (can’t waaaaiiiiiit!!!) as a brilliant ending to a great evening.