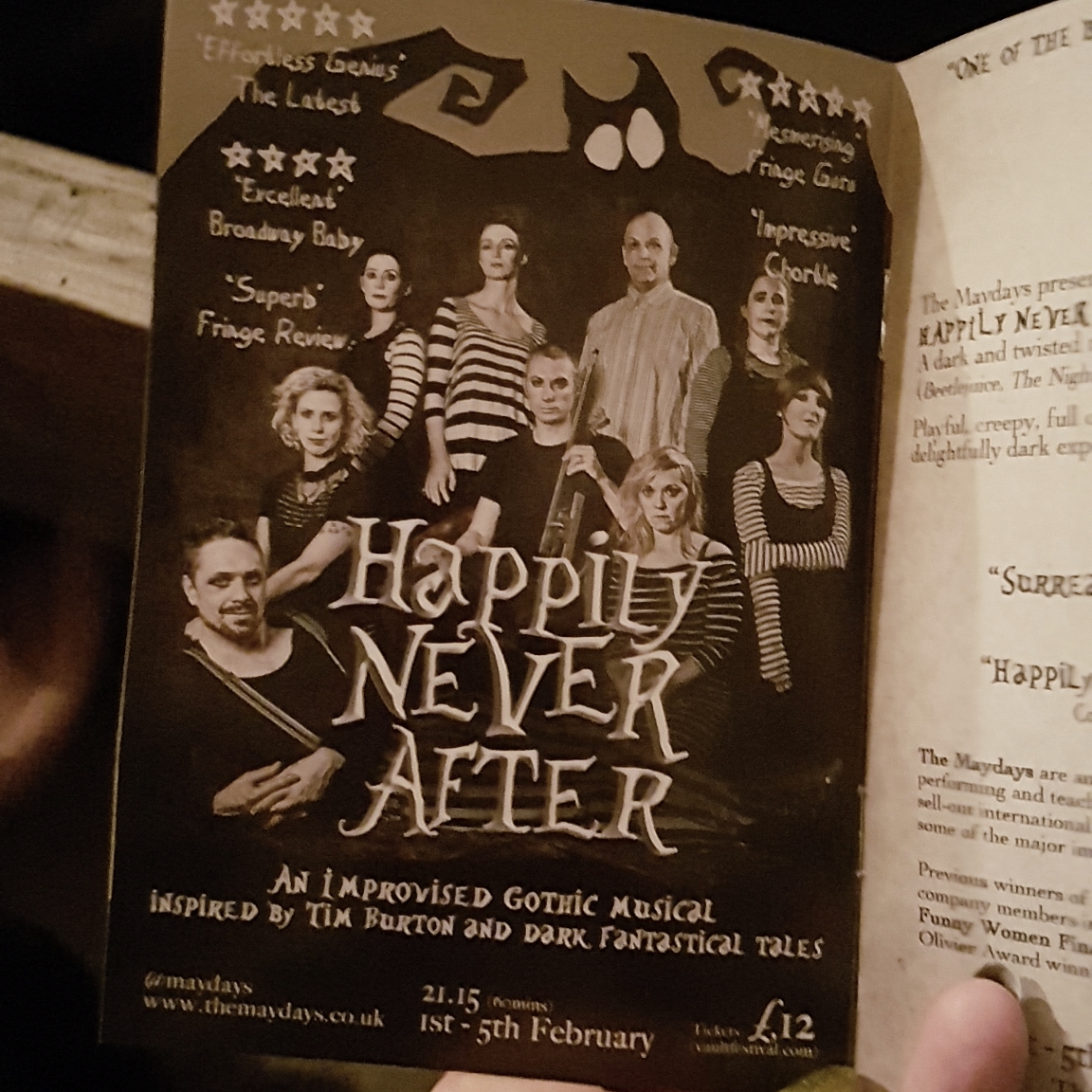 I absolutely love the Vaults Festival, a beautiful fringe theatre festival with an eclectic selection of shows. One show that was recommended to me was Happily Never After, an improvised gothic musical. I’m always one to enjoy a good improv show, musicals are fantastic, and this one is inspired by Tim Burton’s work, so it sounded amazing.

I grabbed a theatre buddy and headed down to the Vaults. The show started with the improv ensemble, all dressed in black and white of course, asking the audience for a theme for tonight’s show; they asked for a grand parent’s occupation. The winner was quickly found with milliner!

The story was spun without missing a beat, the actors taking quick cues from each other expertly. A cursed hat, a mad hatter, desire, murder, sacrifice and a truly chilling (but hilarious) ending, all presented without skipping a beat with improvised songs so good, they seemed rehearsed!

This troupe really knows how to present improv, a hilarious musical and a decent storyline. The graffiti tunnel sported some true gems that night as well, as it always does.

The show really suited the venue.