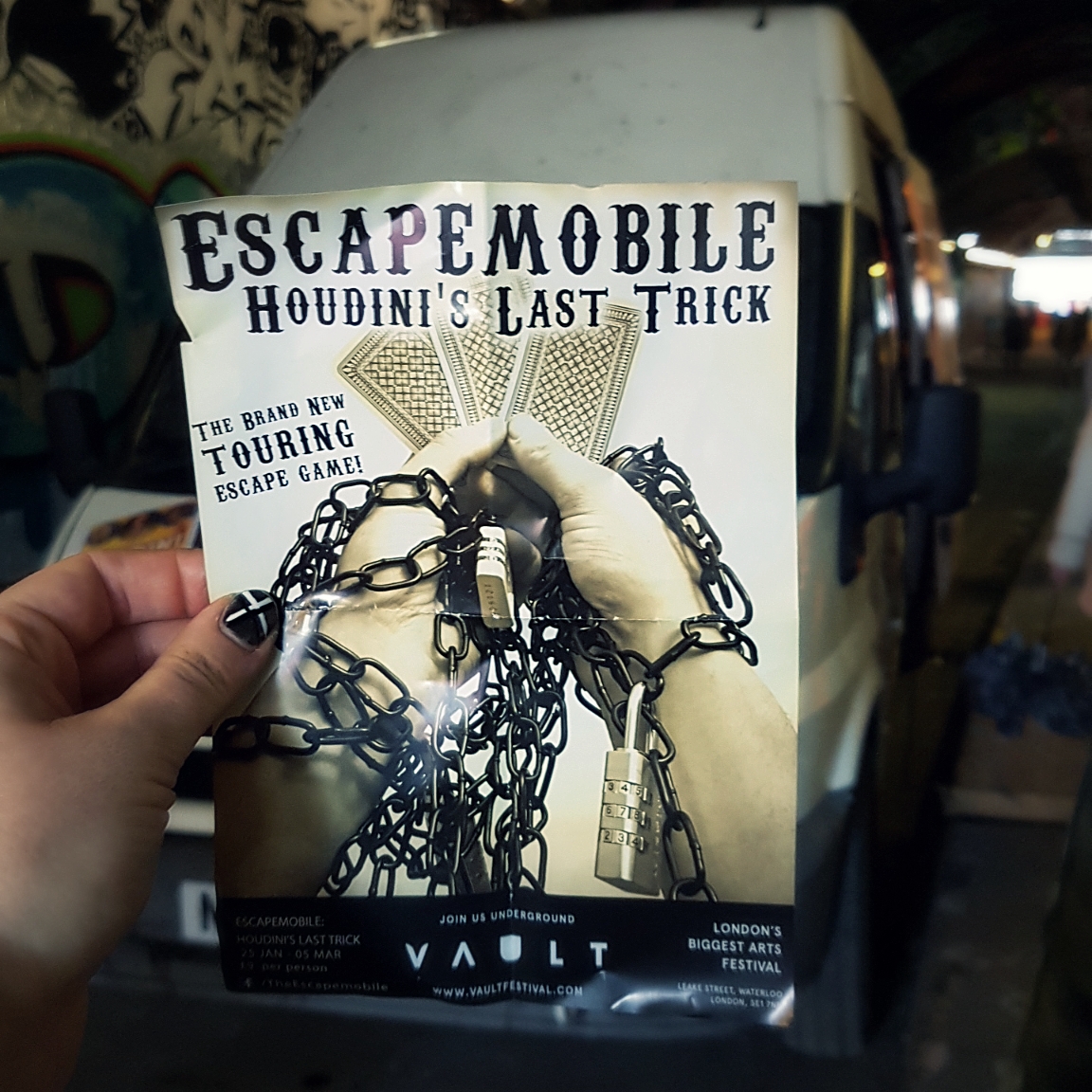 When I heard about the Escape Mobile (which, as of the time of writing this, don’t seem to have an actual website) I knew I had to give it a go! An escape room type game inside a little van. How great is that!

They featured at the Vaults festival, so I gathered a group of 8, split us into two teams of 4 and had a go at Houdini’s last trick.

First off, we were handcuffed to each other before being herded into the van. I’ve never had actual handcuffs used on participants in any escape game, so this was an added challenge. Once the van doors had been shut, we had 30 minutes to find our way out.

There was a plethora of tasks to do, so everyone had plenty of things to work on. Luckily we found the handcuff keys early on and were able to free each other to work on puzzles and riddles unhindered.

We did need some hints, and some of the riddles didn’t make as much sense as they could have with a slight change in wording, but we worked our way through and escaped the fan with a few minutes to spare.

Team one got out 14 seconds faster than team two, so it seemed pretty balanced.

The van escape was pretty new and the attendants were fun and chatty but seemed a little rushed at times.

Overall, it was a fun little challenge that could definitely benefit from some refinement but was a fun game despite minor issues. The portability is definitely a plus and being locked into a van was of course a nice new theme.