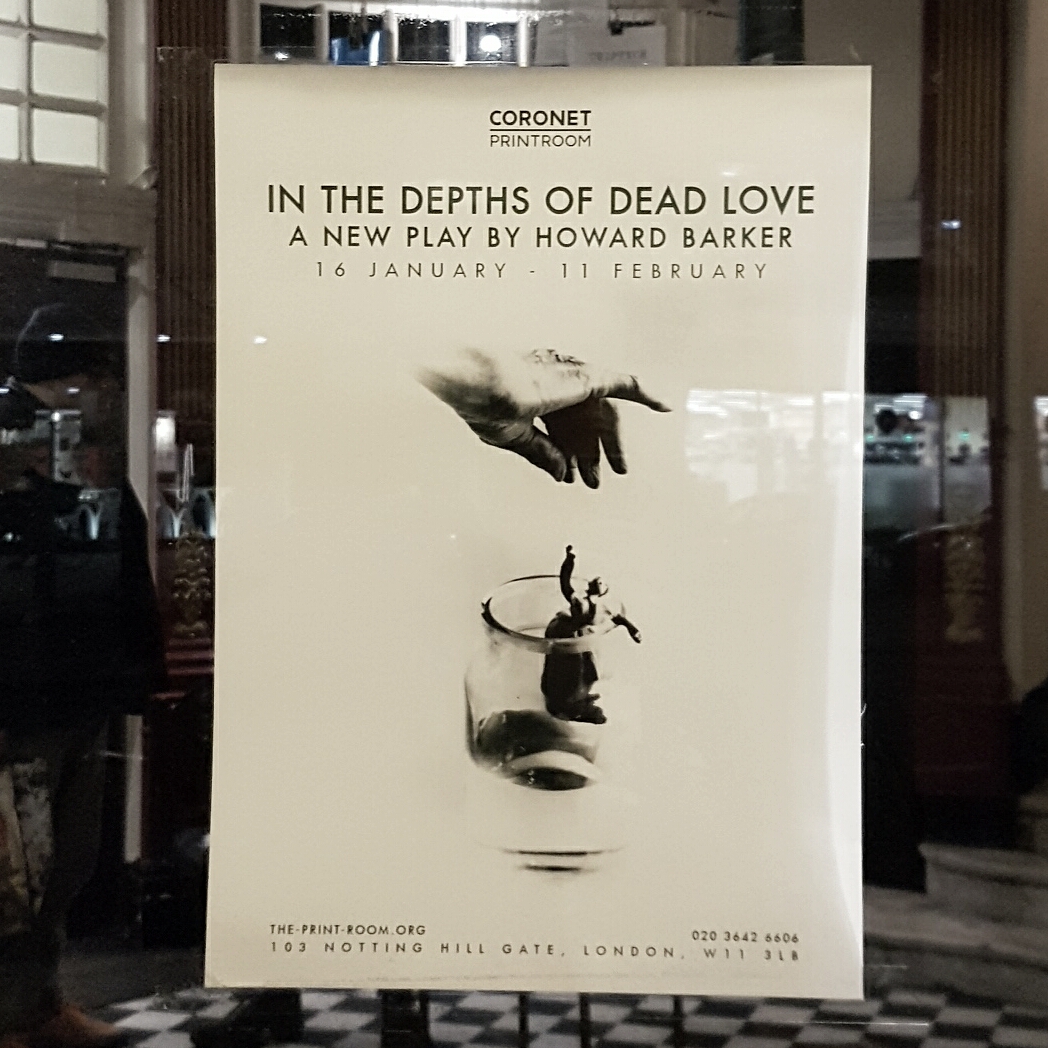 The Print Room at the Coronet in Notting Hill is one of those quirky London locations that are not to be missed. It’s a small, artsy theatre with gorgeous, antique decorations in a dimly lit hallway leading to the performance space. It has a very personal, artistic feel to it.

The performance space itself was an old hall, with crackling walls and a chilly, creepy atmosphere. They had laid out blankets on the chairs, which was great as it really was very cold.

The decrepid atmosphere served the play very well, but might not work so well for more uplifting performances.

The play was focused around an old, bottomless well that people paid to access to end their miserable lives. Throughout the performance we were introduced to a row of characters, some of whom just wanted to end their lives, some who returned to stare down the pit for hours, and the owner of the property who fiercly defended his for-profit setup.

It was a dark, touching story. At times confusing and not all characters were entirely convincing. What stood out the most to me was that several characters had very Asian sounding names but were clearly played by white actors. This detracted from the story a bit.

Overall this play has a lot of potential and definitely makes you think. But this might not have been the best combination of actors to play the main characters.

I still enjoyed the show and it had me feeling restless, worried and thoughtful. I would definitely love to see an updated, more smooth and refined version.