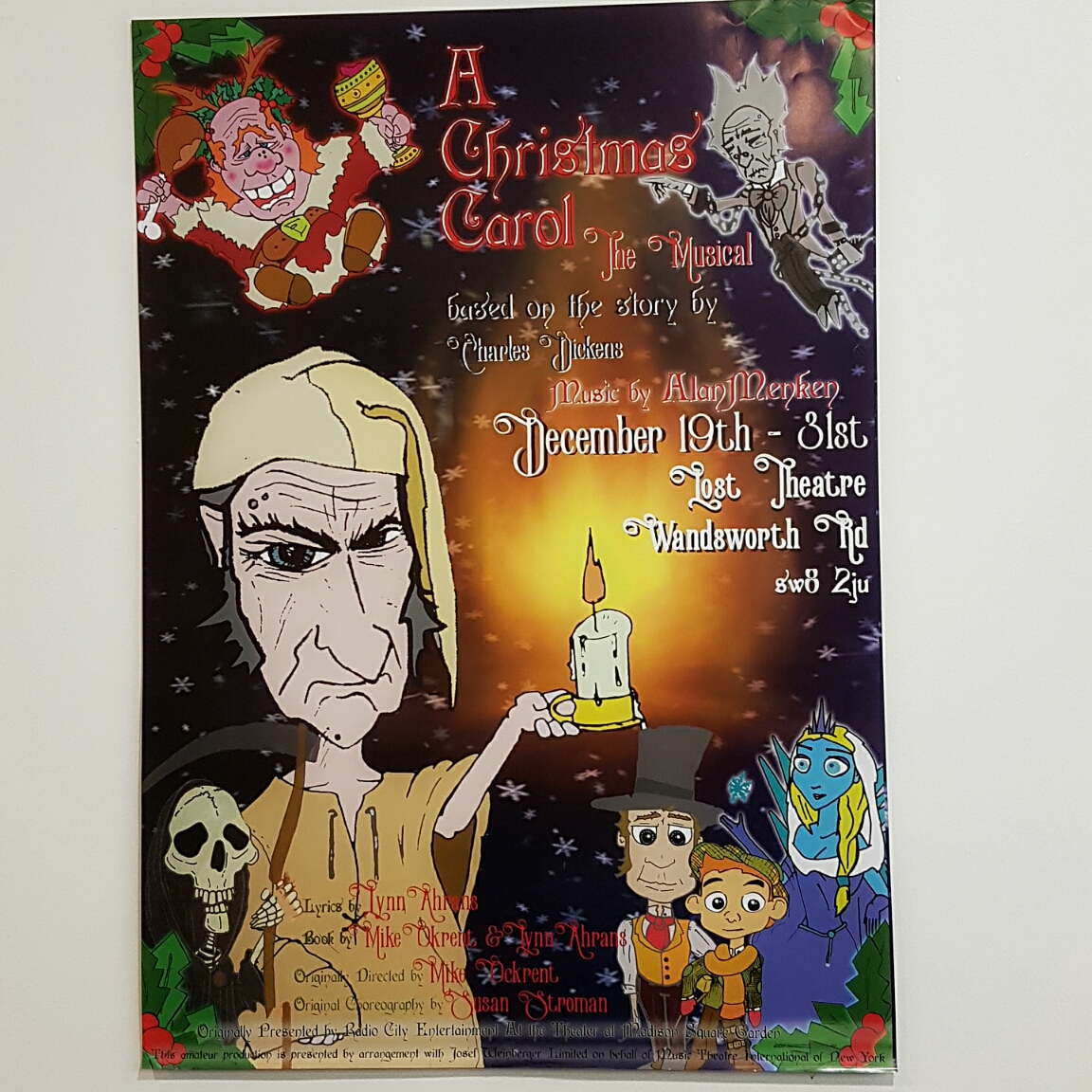 We travelled all the way to the LOST Theatre to see their production of A Christmas Carol – The Musical. Seeing A Christmas Carol in one for or another seems to have become a Christmas tradition of mine but I hadn’t yet seen a musical version on stage yet.

As this production was relatively small, we weren’t sure what to expect. The staff at the Lost Theatre are all super friendly and seating is quite comfortable and well spaced in the room. The view seems to be decent from every seat.

From the beginning it was clear that all actors involved in this were very enthusiastic about this production and did all they could to make it as fun and impressive as possible. Costumes were quite good for such a small production too and while not all of the singers were good singers, they were all really into their roles and songs.

I quite enjoyed the performance despite a few problems here and there. It’s no West End performance, but it was a delightful show nontheless!