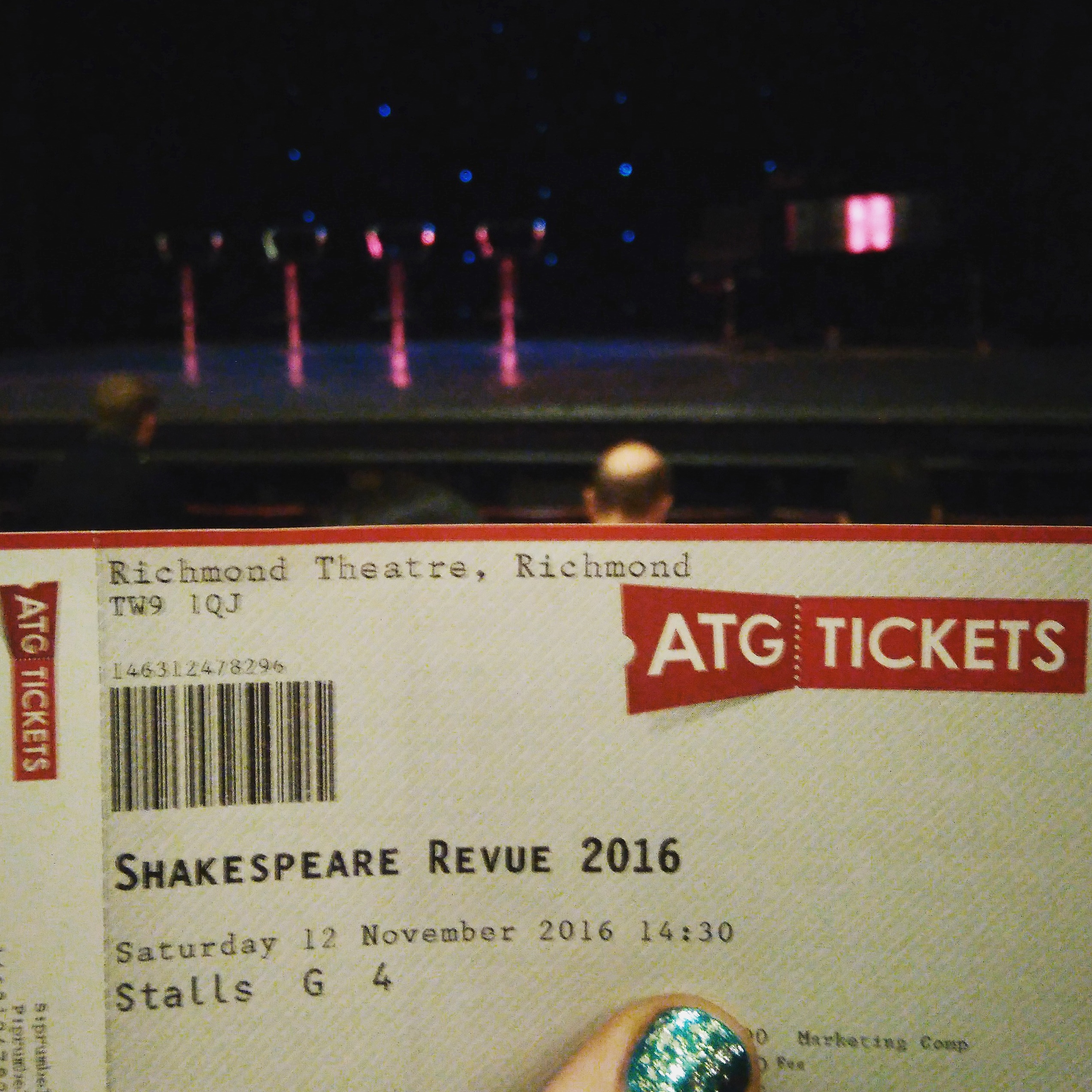 I found out about the Shakespeare Revue through the posters at Richmond Theatre when I visited for another theatre production. I was intrigued and got myself and a few friends some tickets. The show is based on the original Royal Shakespeare Society production and is an absolute riot!

From the first skit to the last song, this show had me in stitches! The whole thing was set up in a variety show style and the performers were enthusiastically spinning through dances, songs and skits, with so much energy and power it was impossible not to be fully immersed in their performances. Fast paced and insanely entertaining, this hilarious show whirls through a vast catalogue of Shakespeare’s work with child-like abandon.

I loved every second of this bright, sparkly show, fast-paced fun and so shiny!