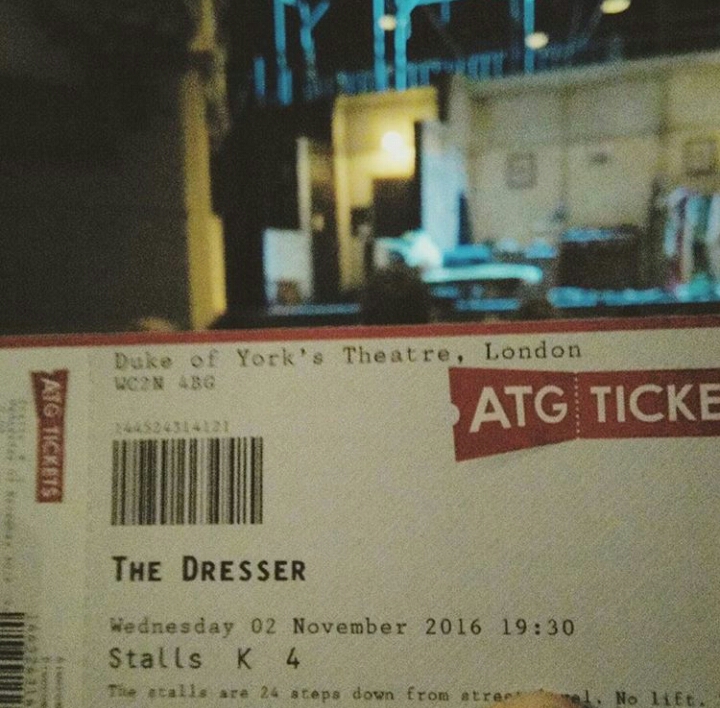 I was lucky enough to be given a free ticket to see Ronald Harwood’s beautiful play The Dresser at the equally beautiful Duke of York’s theatre. The story unfolds mostly in a dressing room inside a provincial theatre and focuses on Sir, an old and frustrated Shakespeare actor touring around the countryside with a rag tag group of misfits during World War II, and his devoted dresser who tries to hold everything together as it crumbles in front of him.

Ken Stott and Reece Shearsmith play their roles with enthusiasm and conviction. There’s some latent homophobia present in certain scenes, but overall it’s a wonderful presentation of this captivating story.

Sir, the aging and clearly unwell actor, drifts seamlessly between self-loathing and megalomania, condemning and praising his troupe almost simultaneously, mistreating his friends while also showing he desperately needs them. A selfish but vulnerable character, extensively supported and adored by his dresser, who leans in and carries more than just his own weight. A beautiful play on a beautiful stage.