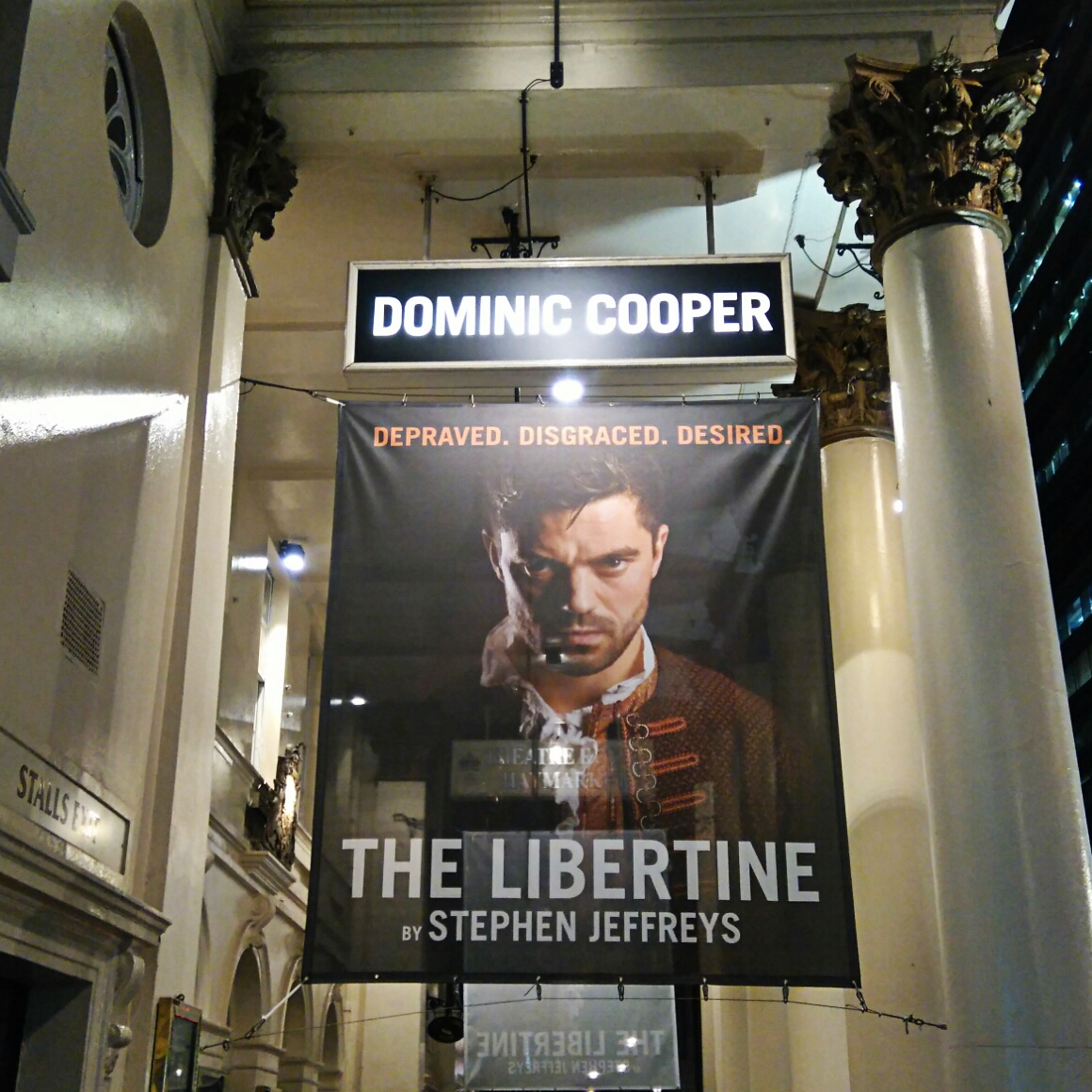 During its run at the Theatre Royal, I had the chance to see Stephen Jeffreys’ play The Libertine several times. It was so enjoyable and delightfully raunchy that I would have happily occupied a seat every night of its run without ever feeling bored.

The stage design is simple and to the point with minimal changes between scenes. A large screen as the backdrop easily achieved scenic and mood changes without any disruption to the viewer.

Large chandeliers, the decrepid looking walls and a small balcony did their part to provide a plethora of performative choices for the characters. Two of the viewing boxes were also used to enhance the experience in this superb play.

Starting off with the rabble roaming the stage and auditorium to interact with the audience, taking a seat soon after the house opened was rewarded with improvised entertainment. This prepared the audience very well to feel like a part of the action and helped to ready viewers for the style this play is presented in.

Dominic Cooper starts off his first scene by introducing his character, John Wilmot, Earl of Rochester, as the selfish and debaucherous rebel he was known to be, emphasising his unlikability as much as his contempt for those who do like him. Many scenes throughout the performance are directed at or narrated to the audience, which gives more of a storytelling vibe befitting the era and personalities portrayed. It feels personal and intimate, eliciting sympathy for even the most unkind characters.

The raunchy and debauched portrayal of John Wilmot’s life is delightfully well done and a treat for those who ponder the human condition. From neglecting and emotionally abusing his wife, replacing her with a monkey in a hilarious scene of a family portrait, over causing grief and excitement for his band of associates and the king, whoring his way through life before becoming besotted with the young actress Elizabeth Barry, powerfully portrayed by Ophelia Lovibond, and spiralling into the self-destructive side of hedonism.