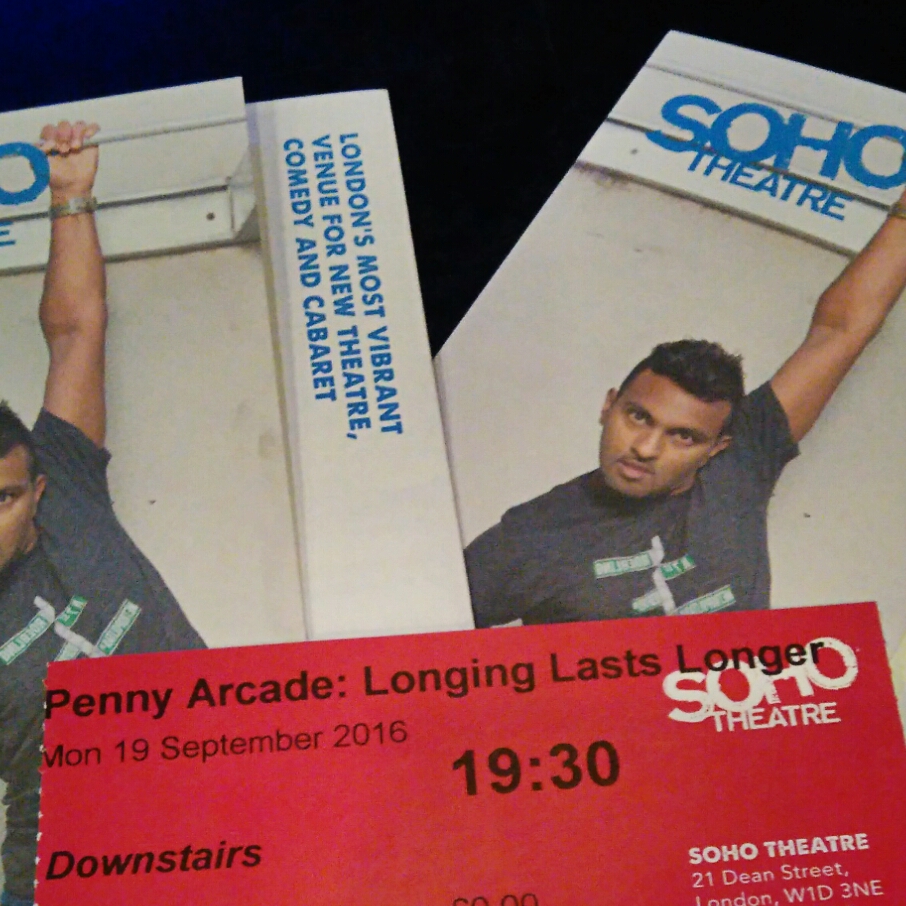 Last night I had the chance to see Penny Arcade’s Longing Lasts Longer at the Soho Theatre. I didn’t know much about the show, apart from a short blurb describing the artist as an American whirlwind comedian with a controversial set, so off I went to find out for myself.

And boy, was I in for a treat. Even before the show started, Penny Arcade wandered around the audience, talking about her preparation work and experiences throughout the past few days. While casual and relaxed, she was simultaneously dismissively caustic, poking fun at us and herself. A great opener before the show.

The show commenced at 7:30 on the dot, accompanied by fast, upbeat music. Powering through her set, this bubbly lady doesn’t mince her words. Incredibly opinionated, outspoken and well spoken, it’s impossible to agree on everything she says, but her eloquently presented viewpoints are refreshingly honest and well thought out.

Railing against gentrification, hipsters and cupcakes, she’s as energetic as she is hilarious. At times her set reeks slightly of a sexagenarian unable to come to terms with modernity, Penny Arcade overcomes those moments with witty observations and ruminations though.