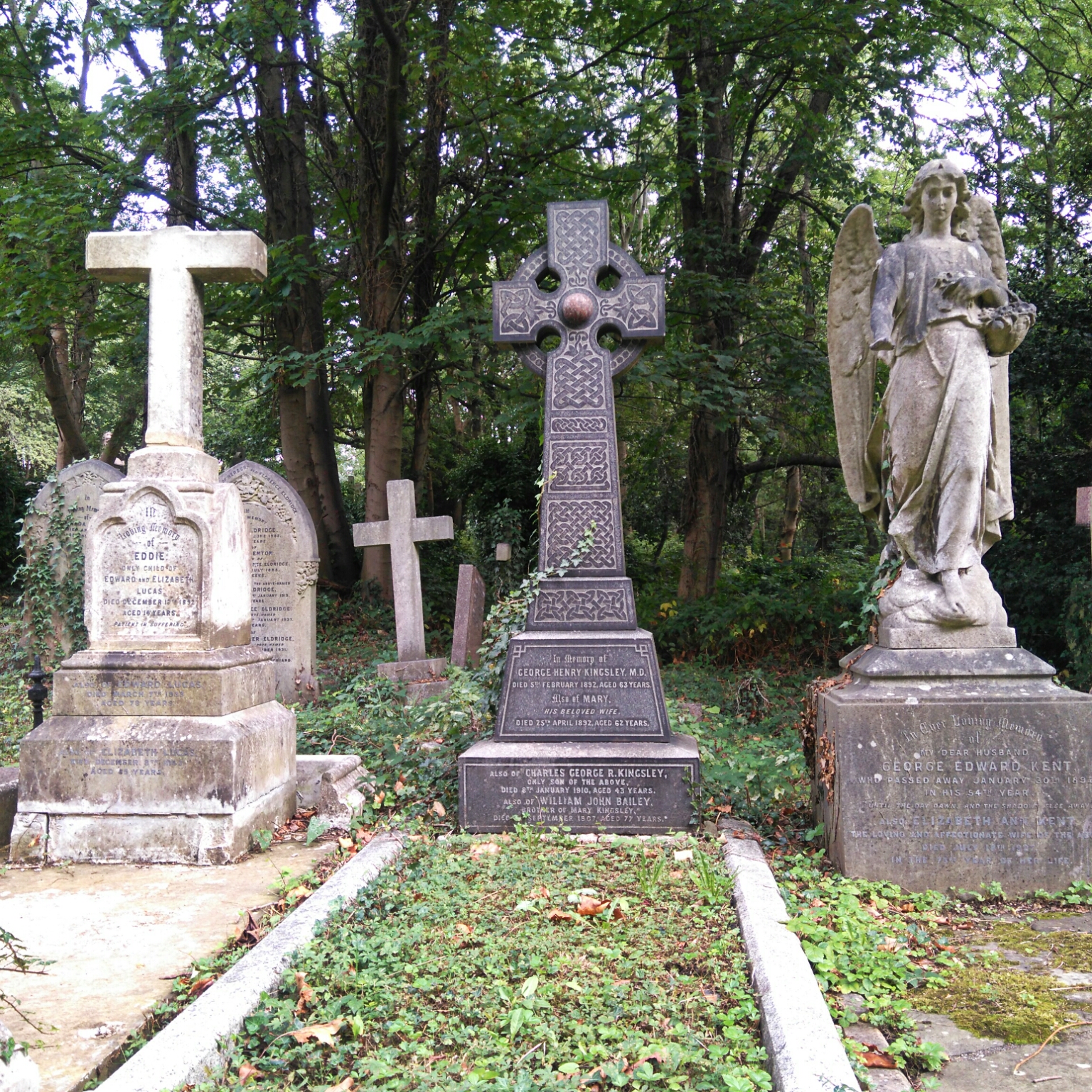 Early on Sunday morning, I headed to Highgate Cemetery, a landmark I’ve heard a read a lot about. Highgate Cemetery is a large, still operating cemetery in North London. It opened in 1839 as a prestigious, private cemetery, run for profit.

In the 1970s, the operation was no longer profitable and left to decay and vandalism. A charity foundation was formed to conserve and repair this beautiful cemetery, which they have been working on since 1980. The Friends of Highgate Cemetery are operating without help from the local council and rely on the entry and tour fees to support their organisation.

The east cemetery costs a measly £4 and you can freely walk around and linger. There is a free map available, which shows the loca of the most remarkable grave sights.

The large trees and hedges form a sort of protective wall around most of the cemetery, shielding it from the noise and bustle of the busy streets. It’s quite a tranquil place to wander.

The mixture of old and new, simple and extravagant, sombre and celebratory is quite something. It’s a wonderful place for a walk.

The early autumn atmosphere and cool, refreshing breeze marked the perfect weather for this outing. Though the cemetery looked a bit unkept with all the leaves scattered around, I personally really enjoy that look though.

From the east cemetery we walked back to the west cemetery to participate in a tour. This part is only accessible on a walking tour, you can’t just wander the paths yourself here. A tour costs £12 and also gets you free entry into the east cemetery, so it’s a pretty good deal.

The first thing to catch my eye was a large, bright orange cobstruct, upon inquiring I was made aware that this is part of the Good Grief project by the architecture foundation. A very interesting sounding event series, which I unfortunately only found out about after it ended.

The west part of Highgate Cemetery is much larger than the east, but still very much in use. They average two burials a week and are getting close to being at capacity.

Many of the paths have graves several rows back, going up into the tree line, tilting with the roots and slipping ground.

Our guide was enthusiastic, if a bit wooden. All tours are conducted by volunteers who love the cemetery. She had quite a few interesting stories to tell and was eagerly answering all questions we posed.

The tour lasted almost an hour and a half and was very pleasant and well done. After leaving the cemetery we encountered Fluffy, apparently a resident cat in the area, snoozing right behind a poster with her photo on it.

It was without a doubt a very interesting and beautiful visit, the Highgate Cemetery is a great destination to visit and is surrounded by beautiful Highgate, which is beautiful all on its own and not too far from Hamstead Heath.