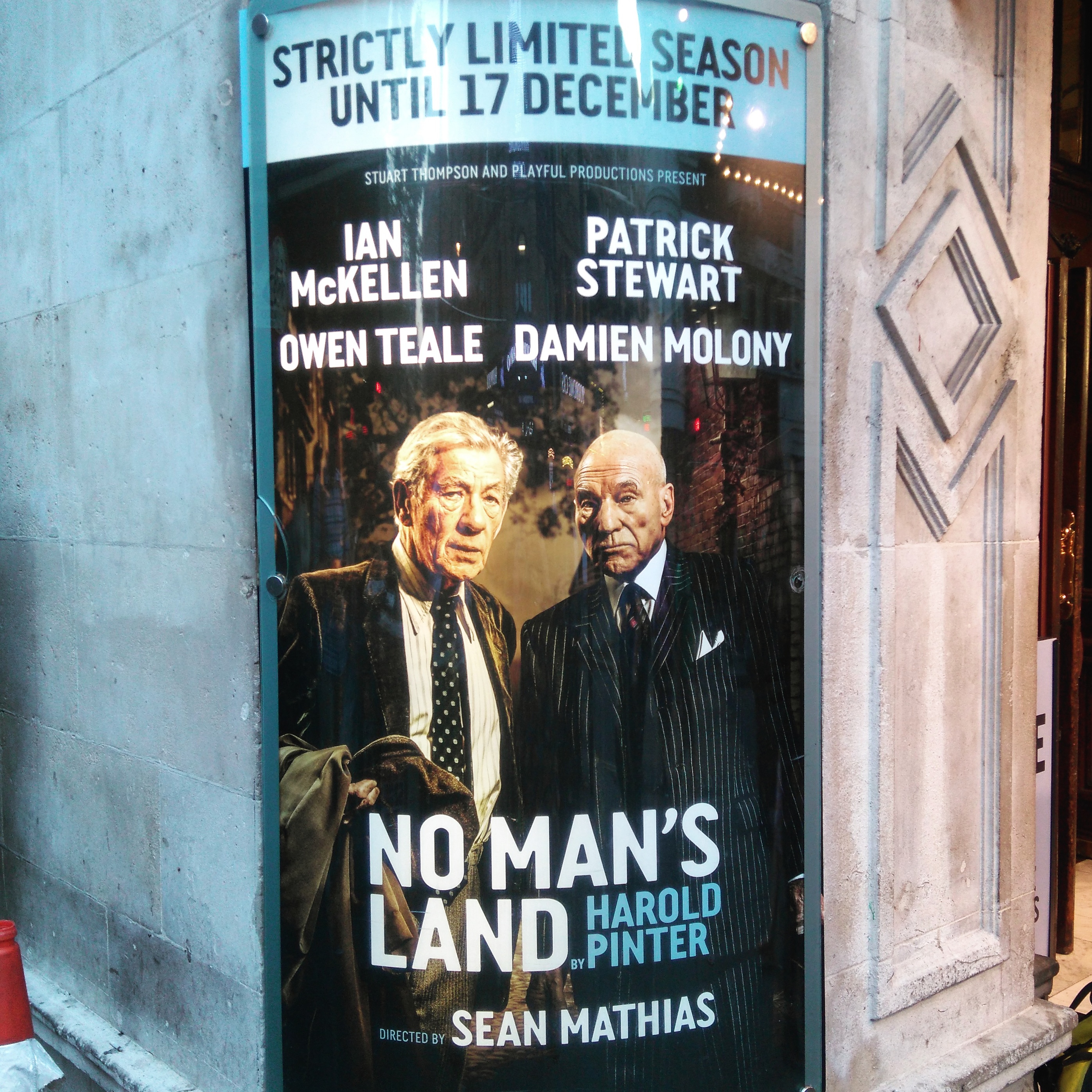 On Tuesday I had the chance to see this magnificent play! I booked my tickets way back when they first went on sale and have been eagerly awaiting this night ever since.

While I had no previous experience with Harold Pinter’s absurdist play, I was mostly looking forward to seeing Ian McKellen and Patrick Stewart live on stage.

What struck me first was the gorgeous stage design. From the animated forest scene on the curtain accompanied with the chirping of songbirds and crickets, to the almost minimalist sitting room that still managed to convey affluence without being distracting. I especially loved the large, round area rug that was off-centre from the wooden floor boards installed in a circular pattern, this small detail gave the whole scene a dynamic and captivating feel. Absolutely wonderfully done.

The play itself starts a little slow, but is witty, interesting and almost surreal throughout. McKellen portrayed the somewhat bumbling Spooner with ease, conviction and just the right amounts of energy. His performance was truly stunning and almost overshadowed his fellow thespians on stage. His stage experience of over half a century definitely shows here. This is not to say that there were particularly bad performances on stage tonight, Stewart, Teale and Molony were engaging and played their characters well. Yet McKellen’s performance stood out as a higher calibre.

The pacing worked extremely well, overall I’d definitely recommend No Man’s Land as an outstanding West End performance. See it while it’s here! I’ll be back to see it again in November.