On Saturday it was finally time to see a musical in an indoor theatre! While I have recently seen a musical (in a pub garden) and an indoor play (at the Bridge Theatre), I just haven’t had a big musical live on stage in an indoor theatre experience in months! I was very excited to hear that Sleepless – A Musical Romance was coming to the Troubadour Wembley Park Theatre with socially distanced seating, and couldn’t wait to get stuck in! 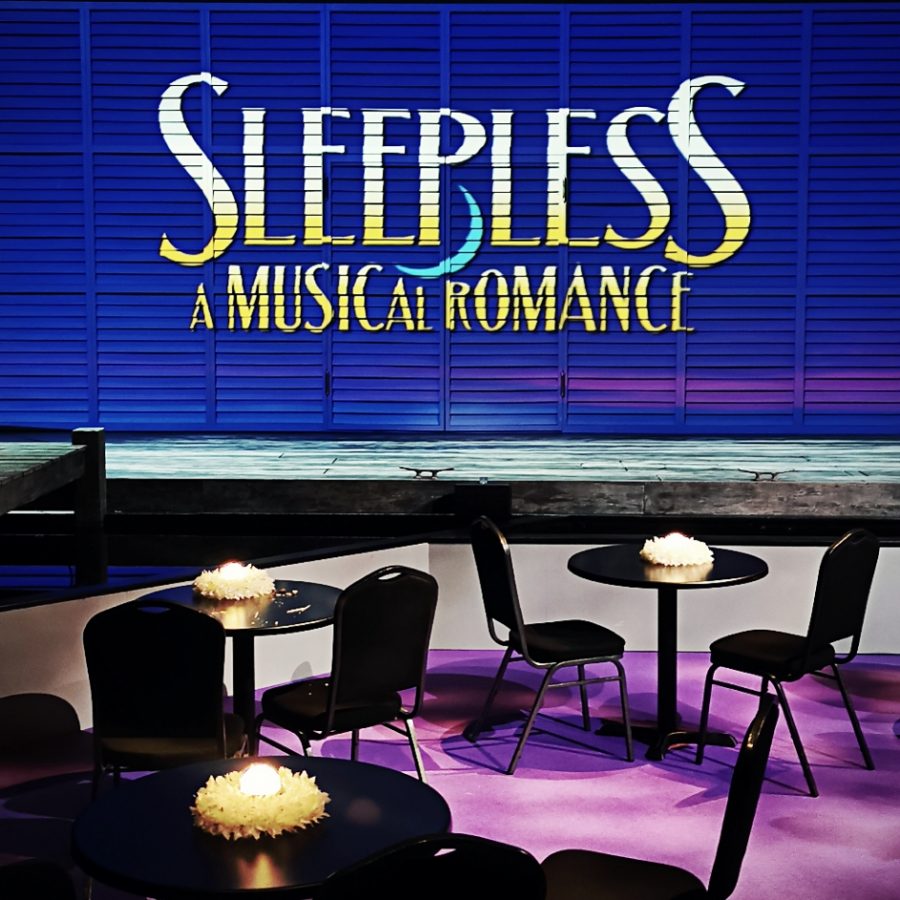 All audience members were encouraged to wear masks throughout the performance, and seats were blocked off so each booked “pod” was seated a suitable distance from other people. This did of course make the theatre look somewhat empty, but it is wonderful to see live theatre back at it! The arts have really suffered this year and seeing them make a small, slow comeback to stages in London is absolutely stunning.

Staff at the Troubadour were very thorough, making sure everyone checked in for track and trace purposes, sanatised their hands upon entry, wore masks and kept suitable distances, while still making patrons feel welcome and safe. This roomy theatre has so much space in te foyer and even the toilets are quite spaceous. There is no bad seat in the house, as the square auditorium with raked seating is well thought out.

The musical itself is based on the early 90s film Sleepless In Seattle, which revolves around recently widowed Sam and his son Jonah, who calls into a radio talkshow to find a new wife for his father. This sparks the interest of journalist Annie Reed, who falls in love with the idea of Sam and goes after him in search of a story and a lovestory. The musical follows this plot very closely, though it of course skips a few more in depth scenes and simplifies the plot a lot to fit it into this stage show. Despite this, the plot works very well, and is set to cute songs play to the actors’ strength without going too over the top.

Jay McGuiness really finds his feet as Sam and the songs work very well for his voice, I was quite impressed with how well it all came together after having been so disappointed with the same cast in Big. Playing to actors’ strength and adjusting songs to fit their voices can make such a huge difference!

Kimberly Walsh was fantastic as Annie Reed, really bringing the character to life and making her very sympathetic and interesting on stage. And while the story is quite simplified, it really works! With very clever stage design and beautiful costumes, it absolutely convinces and captures the hearts of the audience, despite falling a little bit flat here and there. 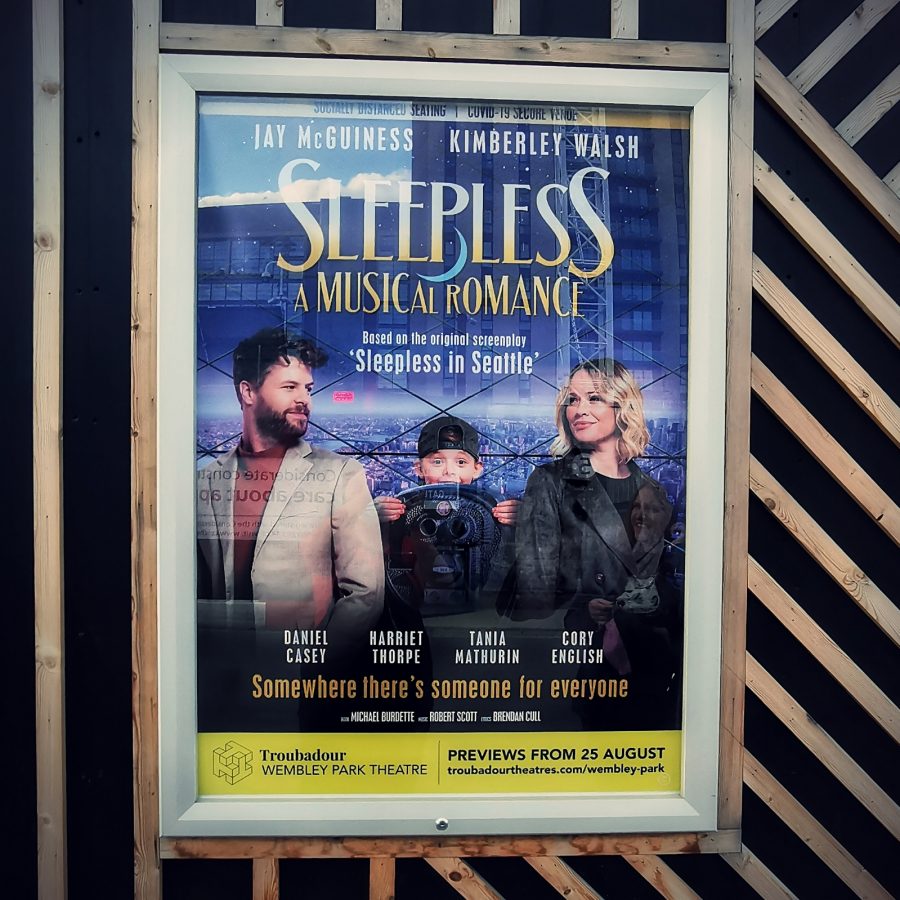 All the small little issues really don’t matter at all, as simply being back in a theatre and seeing alive show with a passionate and well matched cast slips an air of magic across the auditorium. A very well produced and cute romantic musical, Sleepless was fun to watch. Four and a half out of six rainbow sloths from me.