On Friday it was finally time to experience the Old Vic’s second installment of their live streaming program, In Camera – Three Kings, with Andrew Scott. It had been postponed a few times due to health reasons and was now being streamed from the empty auditorium.

This one-person play was specifically written by Stephen Beresford for Andrew Scott to perform, taking advantage of his artistry in retelling emotionally haunting narratives. Three kings tells the story of an Irish man reminiscing about his absent father, estranged brother, his inability to take responsibility for his own life, and toxic masculinity as a whole. 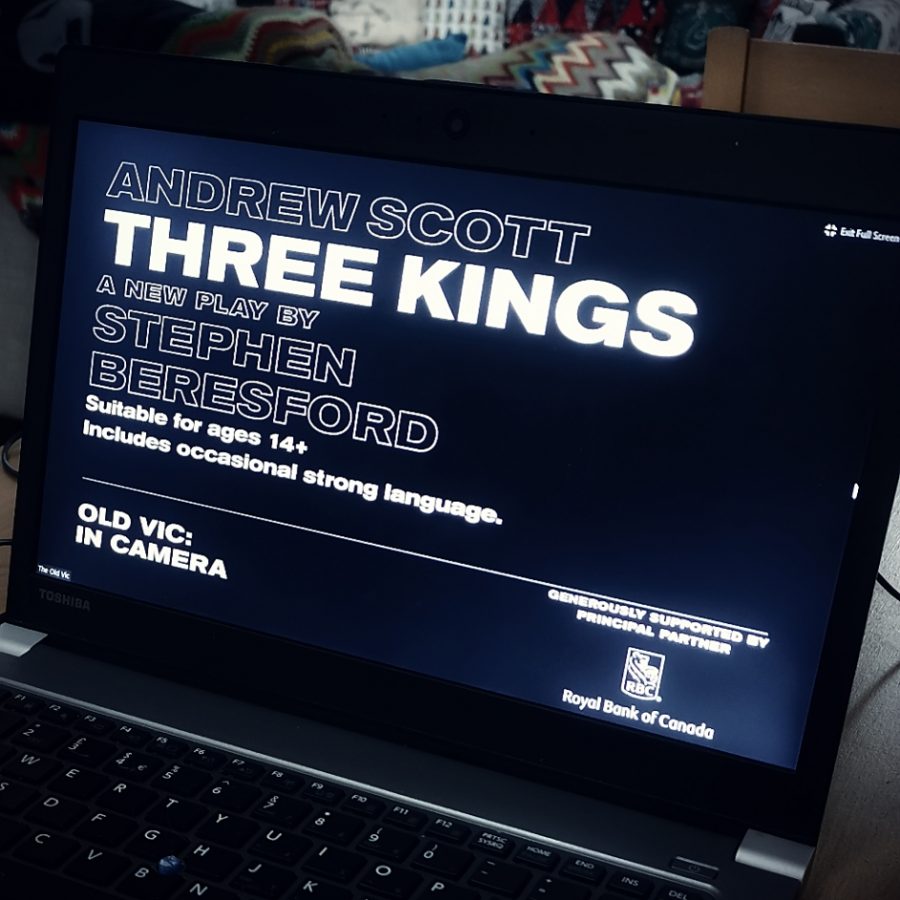 Walking through a lifetime of failed male role models, the monologue begins with a memory from childhood, the first real meeting with a neglectful father, and then walks us through several instances throughout the central characters life, up to the father’s death and a brutal self-examination.

With plenty of strong humour as well as harrowing struggles, Scott leads with his signature intensity and depth of emotion that is rarely matched. This dark examination of a lifetime spent chasing phantom ideas of what it means to be a man, a father, a friend, showcases Scott’s skills perfectly, painting a vivid picture of emotional suffering that is interspersed with laugh-out-loud moments. Few other actors can put as much disdain into a simple choice of beverage, designing such realistic characters that feel full of depth and lost opportunities.

Well thought out camera work deepens the perspectives in moments of re-told dialog and brings another dimension to Three Kings, elevating it to a rich experience in storytelling. From the staging to each and every word spoken, this play is very well thought out and beautifully thought provoking. 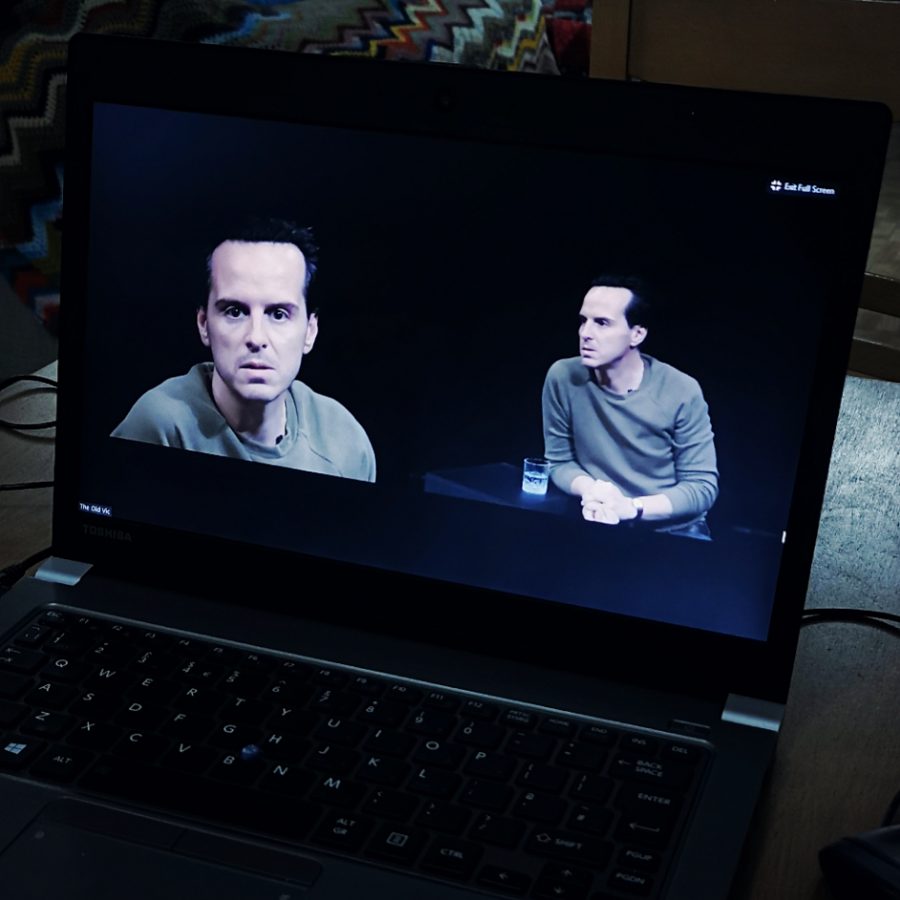 Overall, this was as stunning an experience as I had hoped it would be. I have never been disappointed when it came to seeing Andrew Scott showcasing his art on stage, and it is easy to see how Beresford planned out each line to fall into place perfectly. This examination of manhood, fatherhood, and detrimental self-image was fascinating to watch and will stay with me for a long time. Full six out of six rainbow sloths from me!