2020 has been an interesting ride so far, but I am very excited to announce that live theatre is officially back!

A version of it, anyway…

The Eagle Pub in Vauxhall has created a new, socially distanced outdoor theatre space, that is currently hosting a run of Fanny & Stella. Before we get into the meat of the actual musical, and my excitement to see real live people do real live theatre, in reality and live in front of me, let me talk about this new theatre space! It’s a relatively small, fenced in space at the back of the pub, that has a tiny stage and some set dressing on one side, and a few chairs, tables, and benches set up on the other side.

Distancing is done remarkably well in this pub, with a one way system around the bar, a track and trace QR code system, and assigned tables for guests. All guests are asked to wear a face covering throughout the performance, and bubbles are seated suitably far apart. The only space that’s a little problematic is the toilets, as they are very small and there’s not many of them. However, with a one-in-one-out setup and plenty of hand sanitiser, this works surprisingly well.

There is also table service for guests outside at the performance, and we were all asked several times to only briefly take our masks/face coverings off to have a drink, and then immediately replace them. Surprisingly, this worked remarkably well for the performance I attended. People kept apart from other bubbles and everyone stayed seated where they were assigned to be seated. The excitement about finally seeing live theatre again was very palpable and I think we all wanted to do our best to make sure this is something that can continue happening. 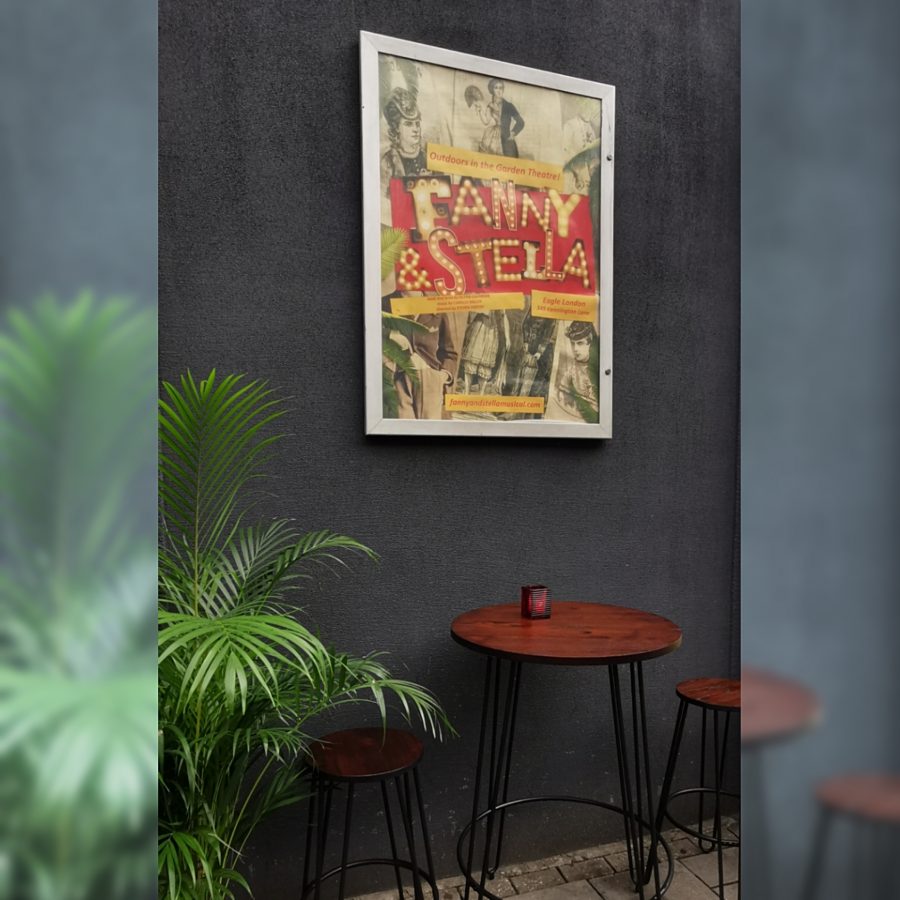 But now for the actual show! Fanny & Stella is a vaudeville-esque romp about real life Victorian Londoners Ernest Boulton and Frederick William Park. The two young men were arrested and accused of “conspiracy to commit sodomy” in 1871. They were locally known for dressing as women on and off stage, and living quite flamboyant lives. They were eventually acquitted, which was a huge victory back in the day when sodomy was still a felony. The musical presents the characters of Park and Boulton, and their alter egos Fanny and Stella, as taking the story of their arrest and trial on the road and presenting the audience with the “true story”. With very loud and sassy Stella/Boulton played by Jed Berry, and an equally larger-than-life Fanny/Park played by Kane Verrall, this show is very much in your face and over the top, in the best way possible.

The cast is completed with Kurt Kansley, Alex Lodge, Mark Pearce, and Joaquin Pedro Valdes, who all slip into several roles to complete the story of the two young men, their suitors, friends, family, and enemies. A quick succession of raunchy songs keep the audience entertained, including such bawdy highlights as Sodomy On The Strand and Have You Seen My Fanny. Definitely not a family friendly show, but delightfully enjoyable for adults.

With lots of audience interaction, silly interludes, bonkers characters and a huge dose of humour, this show is a brilliant and a delight to watch. The very basic staging didn’t detract one bit from it, perhaps it even aided the whole feel of a low-budget tell-all produced by the main characters themselves, which is how it is presented, after all. 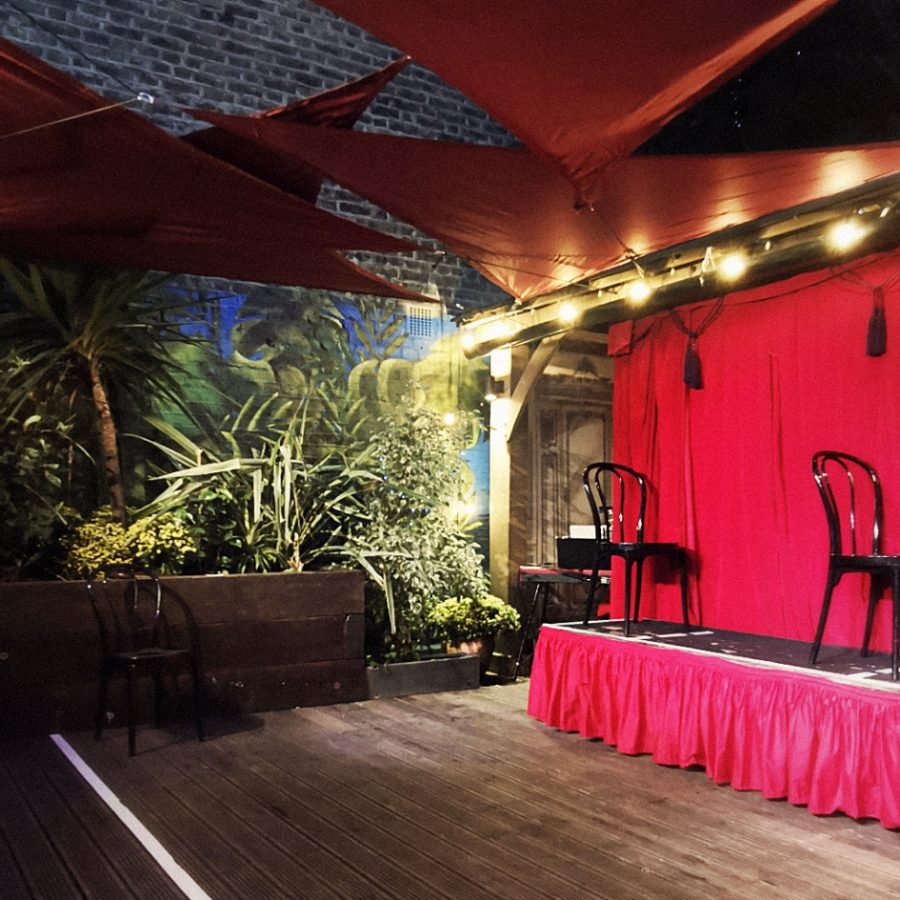 I immensely enjoyed my evening with Fanny and Stella and can only urge fellow theatre fans to head on out to Vauxhall and enjoy this gorgeous little outdoor performance. A huge well done to everyone involved, it was the perfect show to come back to after months of lockdown and restrictions! Five out of six rainbow sloths from me!