As a big fan of Gingerline, I just had to try out their new outdoor, self guided, socially distanced adventure: Picnic Hunters. This adventure consists of an app-based scavenger hunt that guides participants through a London park to discover secrets and solve clues and, eventually, be rewarded with a wonderful picnic! Having loved all the Gingerline adventures of the past, I just had to try this one out. So I grabbed a friend and booked for the North London option. However, we enjoyed that one so much that, on the evening after finishing the picnic, we booked to try the South East London option as well, this time with the vegetarian version of the menu just to try it out. 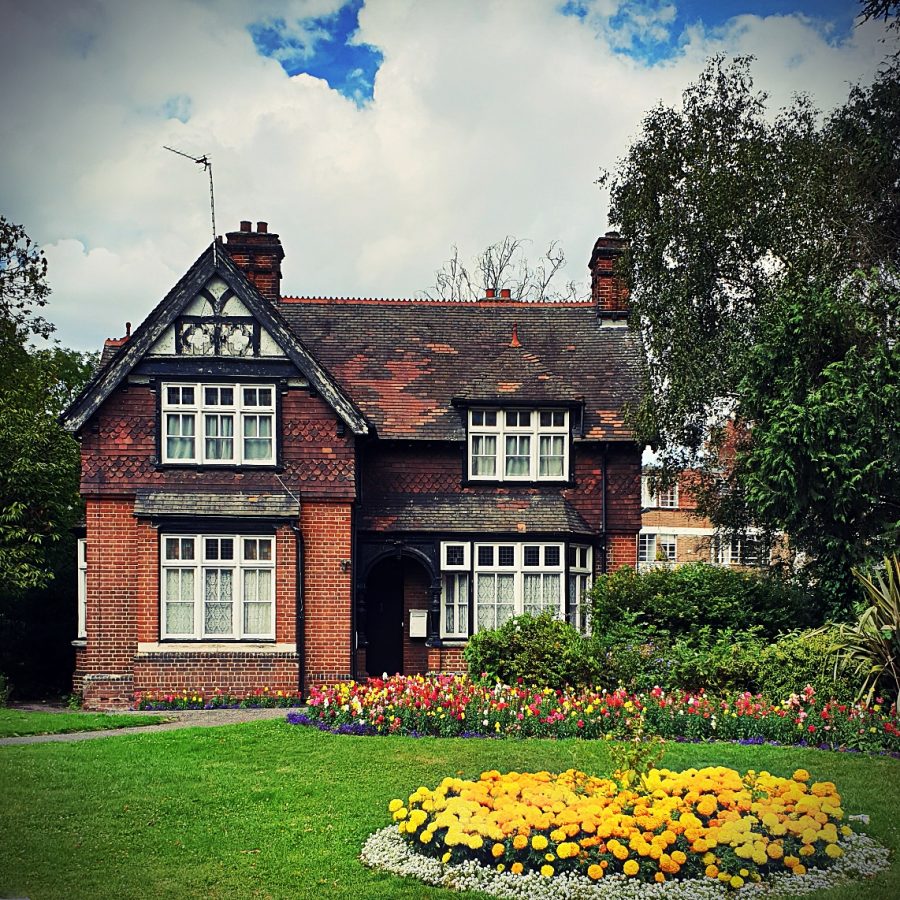 With either hunt, you can select whether you want to try the easy path (suitable for families with children, or very hungry hunters who don’t want to wait for their picnic reward) or the difficult hunt. Of course we chose the difficult version, which took around an hour in either park, a bit longer in tge South London hunt as the park is a little bigger.

So, having played both scavenger hunts on the difficult setting, and having tried two versions of the picnic, here is my full comparison blog. Spoiler free, of course, as always! Except for the menu, I’m fully spoilering that, but it’s not really meant to be secret.

In the Northern adventure, the park isn’t quite as extensive in size, but has a variety of different areas to explore. The hunt took us from a beautiful lake, past animal enclosures with goats and deer, and along old church yards. There is a lot to see, and the riddles were of a wide variety with more difficult as well as rather easy ones. The app works with GPS to guide you towards your next location. Being GPS, it can be a little unreliable at times and will need a few seconds to catch up. Several times we walked past the location before we got the “location found” notification, and had to walk back a little to find the clues we needed to solve the puzzles.

To make it easier to know where you’re going, there’s a little pointer arrow in the app that shows the actual direction. The more accurate your phone’s GPS is, the better this function will work for you. We didn’t have any issues finding any of the locations apart fromthe few times the GPS didn’t catch up fast enough. 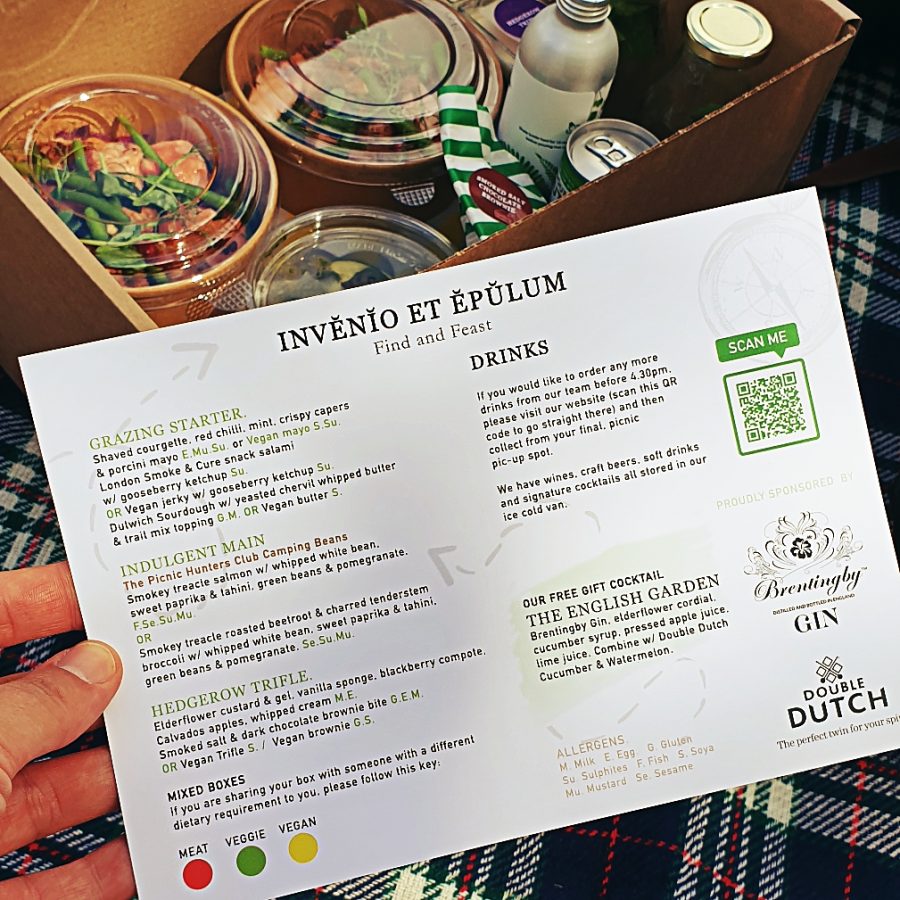 There’s no time pressure in the game, you can take as long as you like to discover your locations and solve the riddles. Having chosen the difficult setting, I had expected a bit longer of an adventure though. While about an hour is a good time for a scavenger hunt, I wouldn’t have minded it being maybe 50% longer still. We did have a lot of fun spotting the clues, which can all be found in the environment of the park, and solving the riddles, and of course eventually being rewarded with our picnic prize! 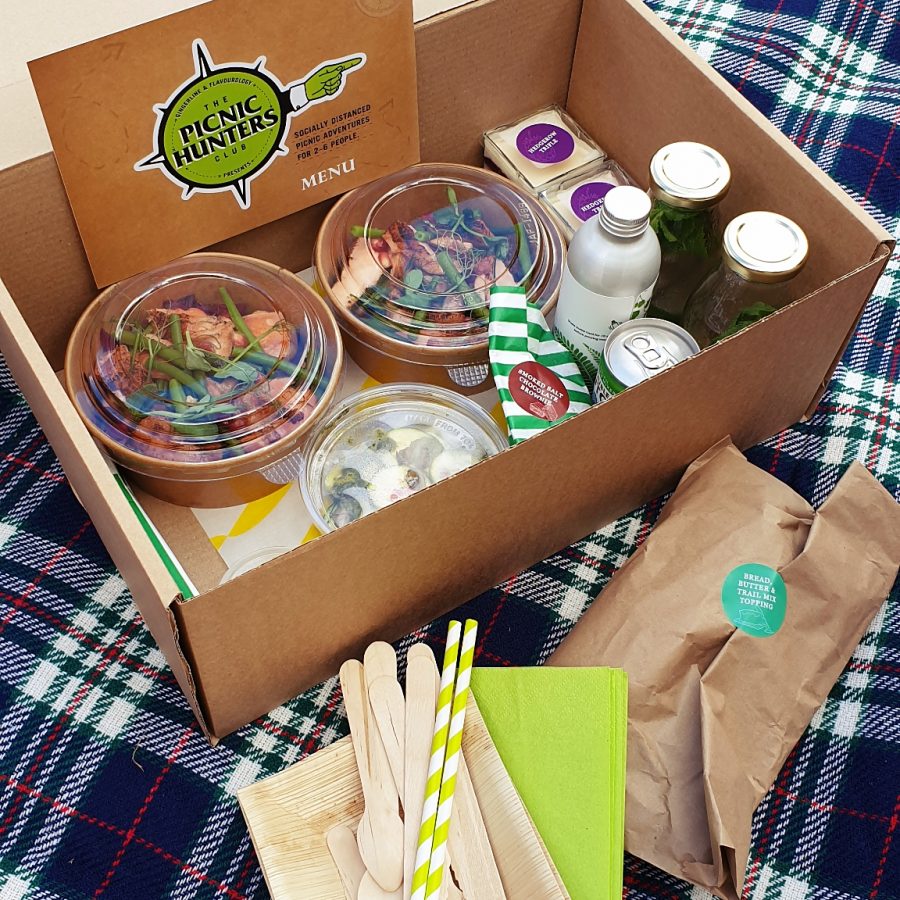 The menu comes with meat, vegetarian, and vegan options. You can also order extra children’s meal packs, and alcoholic drinks that the picnic hunters team will keep ice cold for you. One alcoholic cocktail is included in the price, which is a little disappointing for people like me who do not drink alcohol, as there were no non-alcoholic cocktail options. This is still a severely undeserved market, especially with events where a drink is included in the price. It would be nice to at least be able to specify whether an alcoholic or non-alcoholic beverage should be included. A nice San Pellegrino surely costs less than a gin and tonic mixer pack. 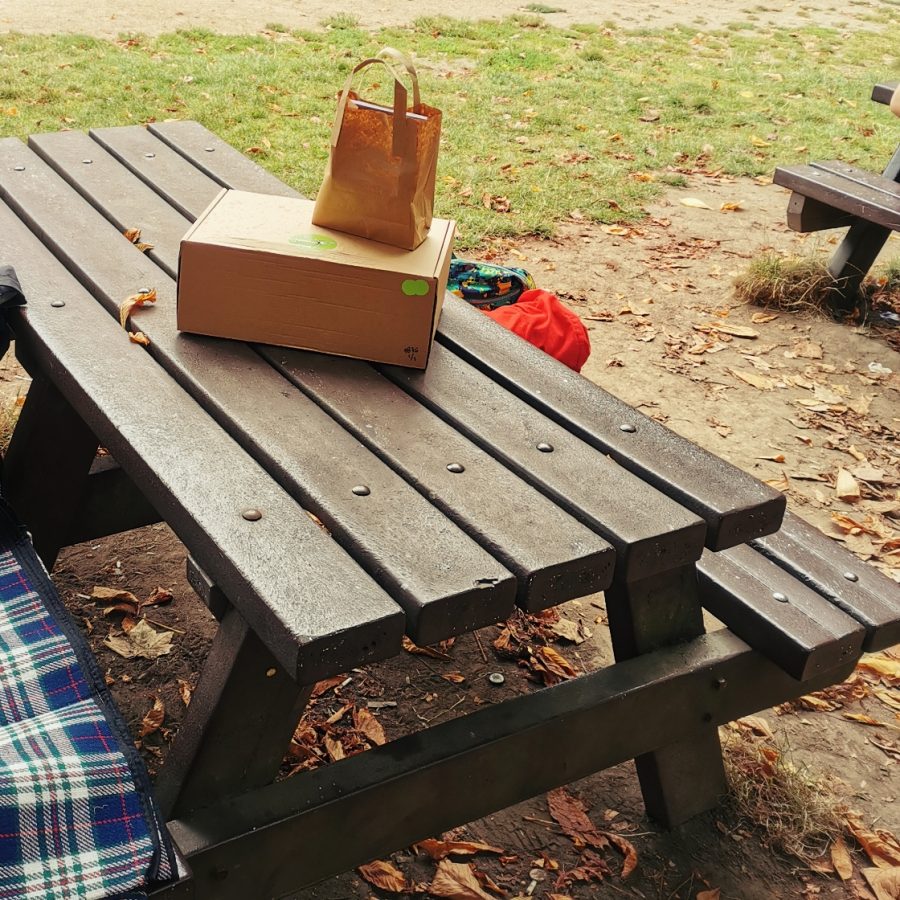 At the South London park we were lucky enough to grab one of the picnic tables, rather than sitting on the ground. There’s quite a few dotted around the park. I don’t quite recall whether there were any in the North London park, it’s possible they were just all occupied as it was a very warm and sunny day for our first hunt, so the park was very busy. Durinylg our southern adventure, it was a little grey and drizzly, so there were significantly less people about. 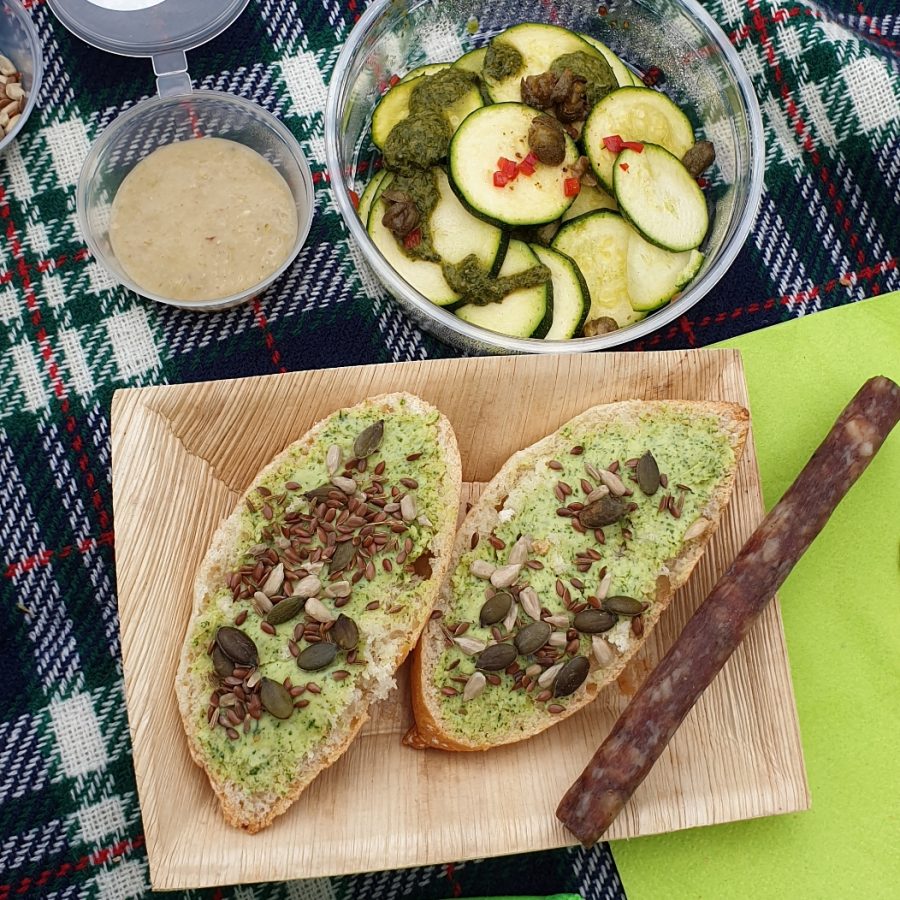 The starter consisted of a mix and match of a few options. Both the meat and vegetarian versions included shaved courgette with red chilli, mint, capers, and porcini mayo, which was very light and fresh. The flavours worked well together, and it felt like a light and refreshing start to our meal.

Then there was the Dulwich sourdough with yeasted butter and trail mix topping. The sourdough buns were very difficult to cut with the wooden knives provided, and felt a little on the soft and almost stale side. I’d expect a sourdough bun to be crispy on the outside, and fluffy on the inside. These were just sort of soft all over. The butter was definitely on the oversalted side, so less is more with this one!

The meaty picnic also came with a smoked snack salami with gooseberry sauce. The salami tasted smoky and earthy, the perfect bite combined with the tart gooseberry dip. I wouldn’t have ever thought of combining these flavours, absolutely delicious.

Our vegetarian picnic was supposed to come with a vegan jerky that I was looking forward to trying, but they had run out and offered us stuffed olives instead. Unfortunately neither of us likes olives, so the were left untouched. 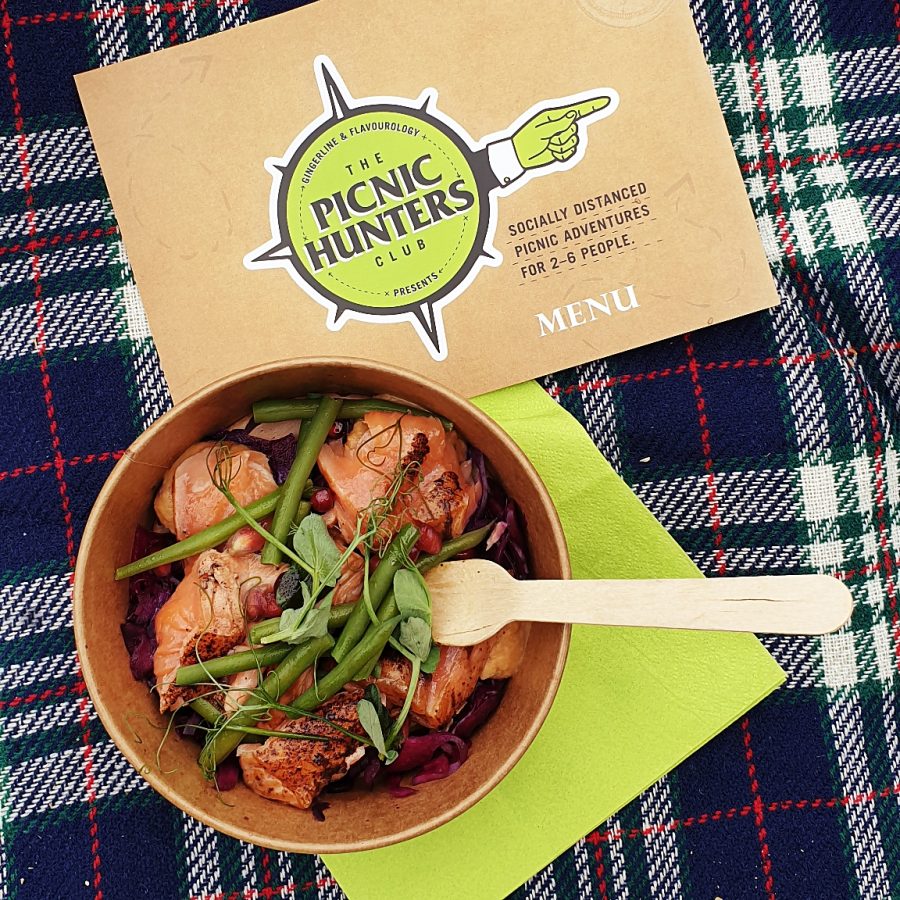 Now for the main dish, both of us were a bit skeptical as we’re not big on fish, and it had a lot of that! The meaty meal main was smokey treacle salmon with whipped white bean, sweet paprika, and tahini, on a bed of red cabbage and green beans, sprinkled with pomegranate seeds. Despite our skepticism, we dug in and quickly found that the smoked salmon was absolutely melt-in-mouth delicious! If every fish was prepared this way, I’d eat a lot more of it! The gorgeous smokey sweet flavours worked amazingly with the soft, delicate texture of the fish, and combined beautifully with all the other elements of the dish. Everything had a distinct taste, and all of them married together delightfully. A very modern and accomplished dish that has a refreshing feel to it, perfect for a hot day in the park. 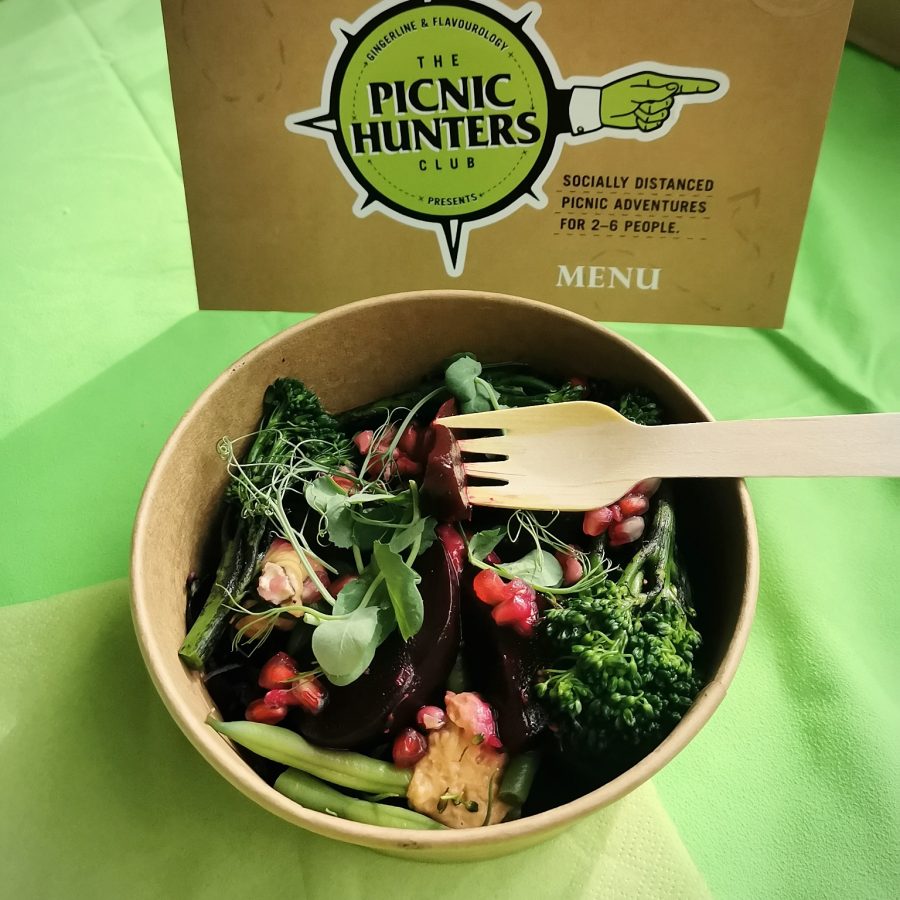 We were very much looking forward to trying the vegetarian version of smokey treacle roasted beetroot with charred tenderstem broccoli instead of the salmon. This dish seemed to have a lot more going on and didn’t feel quite as well proportioned as the salmon version. While the beetroot was to die for delicious, the broccoli felt a little bland in comparison with all the other, bolder flavours. There was also a lot more of the red cabbage, which overwhelmed the dish, neither of us finished the entire bowl as there was just too much cabbage compared to the other elements.

With flavourful notes of earthy sweet treacle, the beetroot was definitely the absolute shining star of this dish, but there just wasn’t enough to balance everything out. Just four pices of beetroot and so so much cabbage. Still, it was a very tasty dish that could be elevated to the heights of the salmon version with just a few little tweaks. 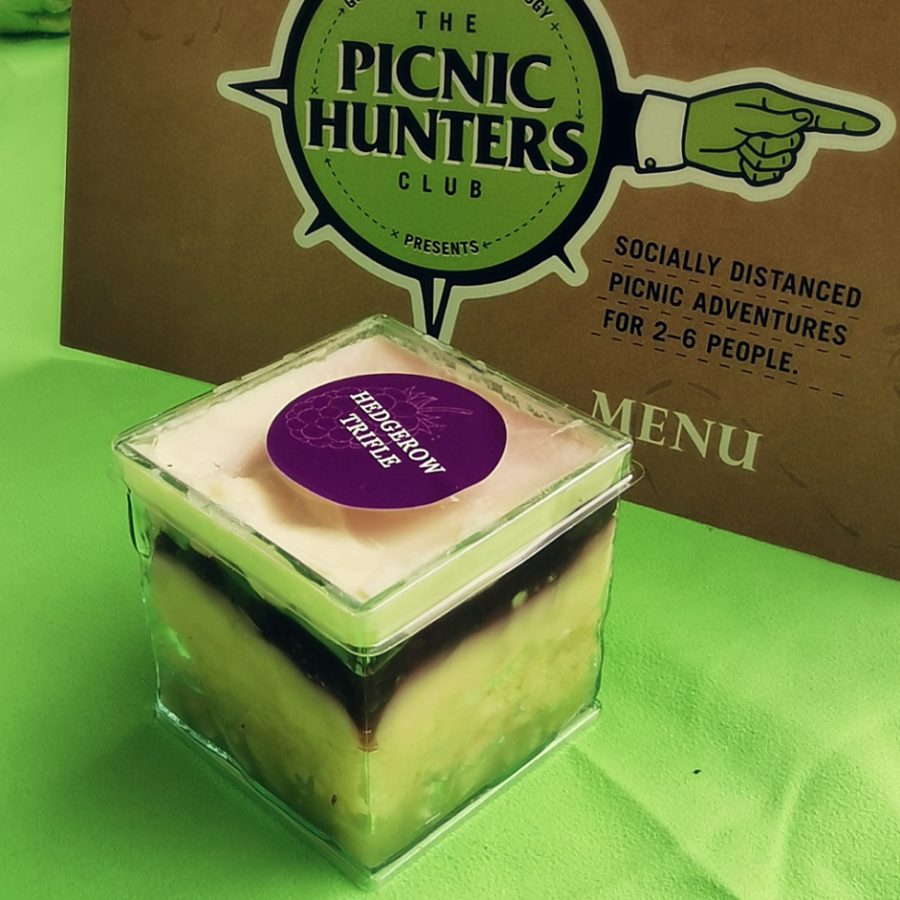 The dessert was the same for both versions of the picnic, and I’m very happy about that, as they’re both definite highlights. First up, the Hedgerow Trifle, consisting of beautiful layers of elderflower custard, vanilla sponge, blackberry compote, and Calvados apples, topped with clotted cream. This little trifle is summer perfection. Mild but distinct flavours that complement each other, with a few tart notes in the compote to break up the sweetness. It wasn’t overly sweet and seemed like just the right size. 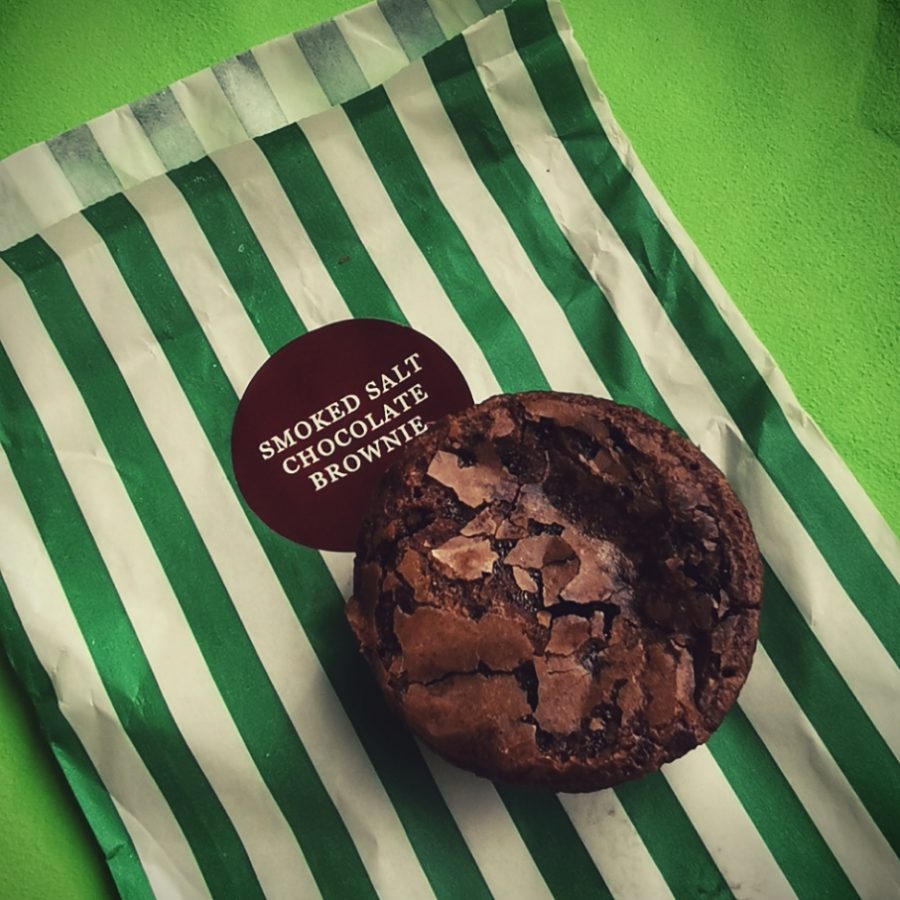 And finally, the glorious smoked salt and dark chocolate brownie bite. An individual baked little treat that was comes along so dreamily fudgy, it was almost unreal. Definitely by far the best brownie bite I’ve ever had the honor of meeting! Sweet, with smokey and bitter understones, incredibly rich and oh so fudgy! To be fair, there is no way I could eat more than one with its depth and richness, but it was the most delightful end to a delicious picnic. 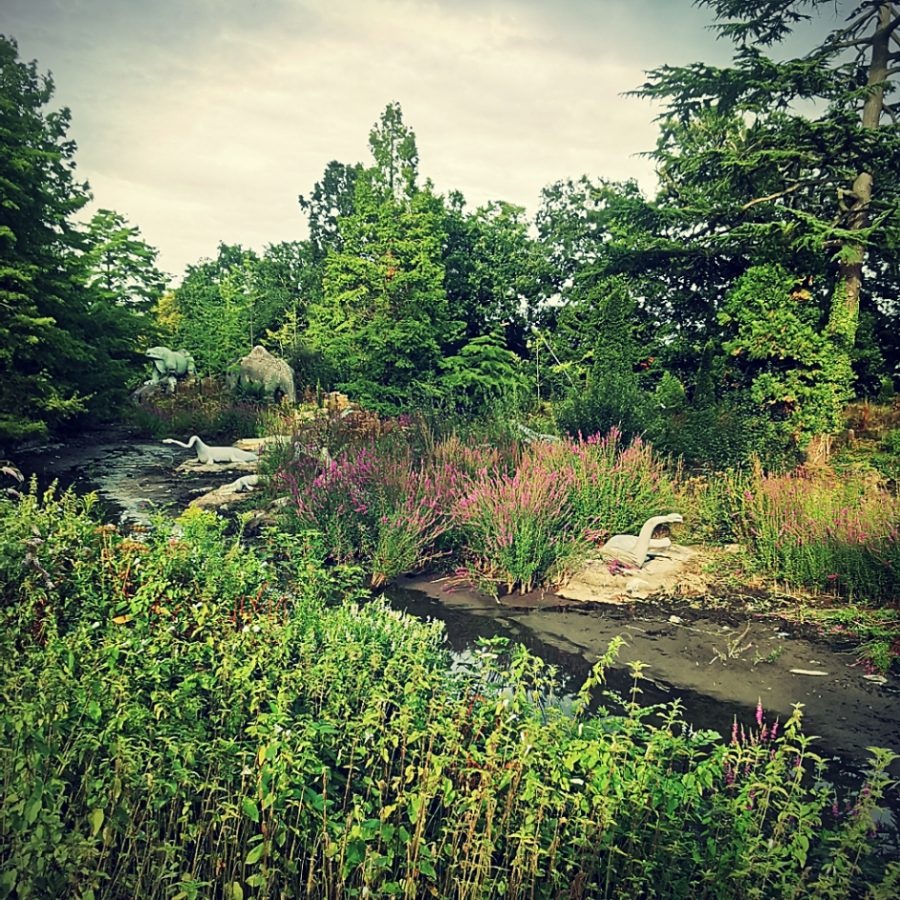 Overall, both hunts are more than worth their price! A really fun scavenger hunt adventure topped off with a delightful picnic, what more could you want on a bright summer day.

I loved that there were vegan and vegetarian options of the picnic, even if ours happened to come with olives. The kids meal box also sounds fantastic, so this could be a wonderful family outing with the little ones.

I personally would have preferred a longer hunt before the picnic, but as an escape room enthusiast, I can never really get enough. The South East hunt seemed a little longer, but this might just be due to the park being a little larger.

Either way, I can highly recommend both adventure picnics and can’t wait to find out what they come up with next! Full marks, six out of six rainbow sloths from me.