To kick of the Old Vic’s new live-streamed theatre series In Camera, Claire Foy and Matt Smith starred in a production of Duncan Macmillan’s Lungs. In Camera is a new creative idea to still provide live theatre while staying socially distanced. Instead of heading to the theatre, ticket holders can log in to Zoom and watch a live stream directly from the theatre. A bit of an odd idea, but very well produced and realised. The Old Vic is only selling as many tickets to each performance as there are seats in the auditorium. The run of Lungs was just one week long and sold very well from the start. 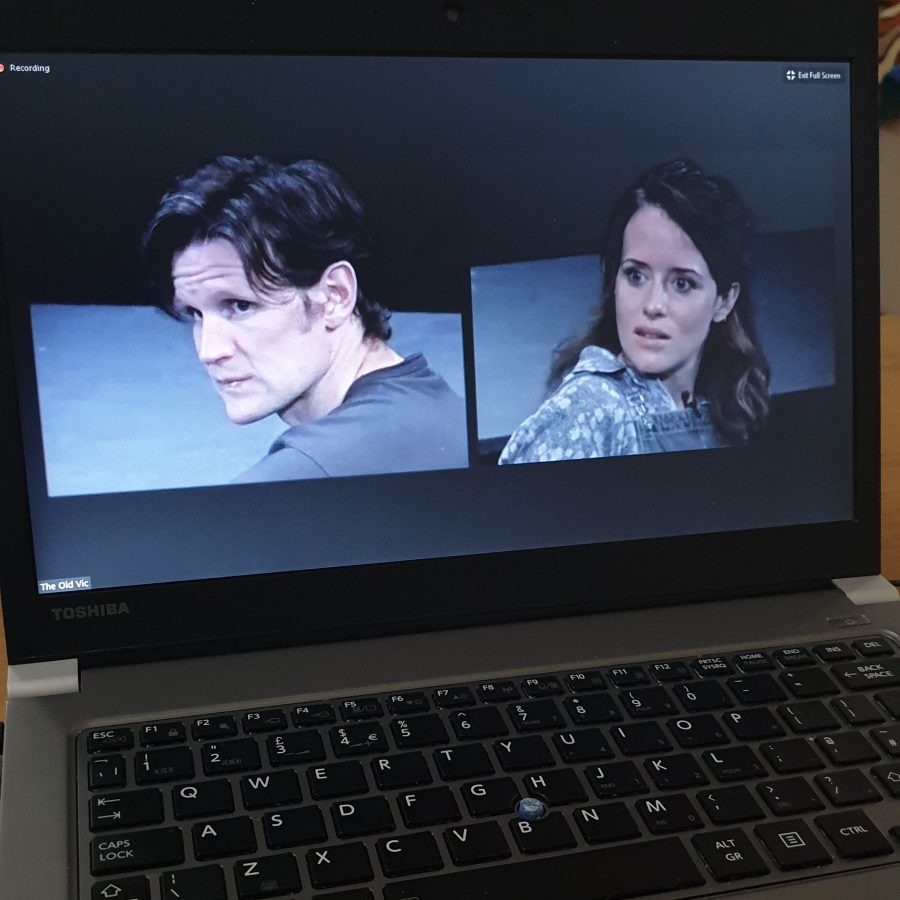 It felt a little odd to get ready to watch a play live from my own home. As I had purchased matinee tickets, I prepared my lunch and sat down to watch. As a ticket holder, you are provided with a Zoom link to log into the stream. Each login code only works once, so you cannot share the link with other households. However, you can watch with a group of people inside your own household!

The camera work and staging was very interesting. With the empty and darkened auditorium as a backdrop, and both actors staying socially distanced from each other while acting out a very close and emotional storyline, it felt different and a little bit of a stark reminder of the times we live in right now. But the impact and depth of the story was not dampened by this in any way.

Lungs is the story of a young couple struggling through the difficult decision of whether they should have a child together or not. From pondering environmental factors to discussing personal expectations and ideas, it is a study in modern relationships and parenting. 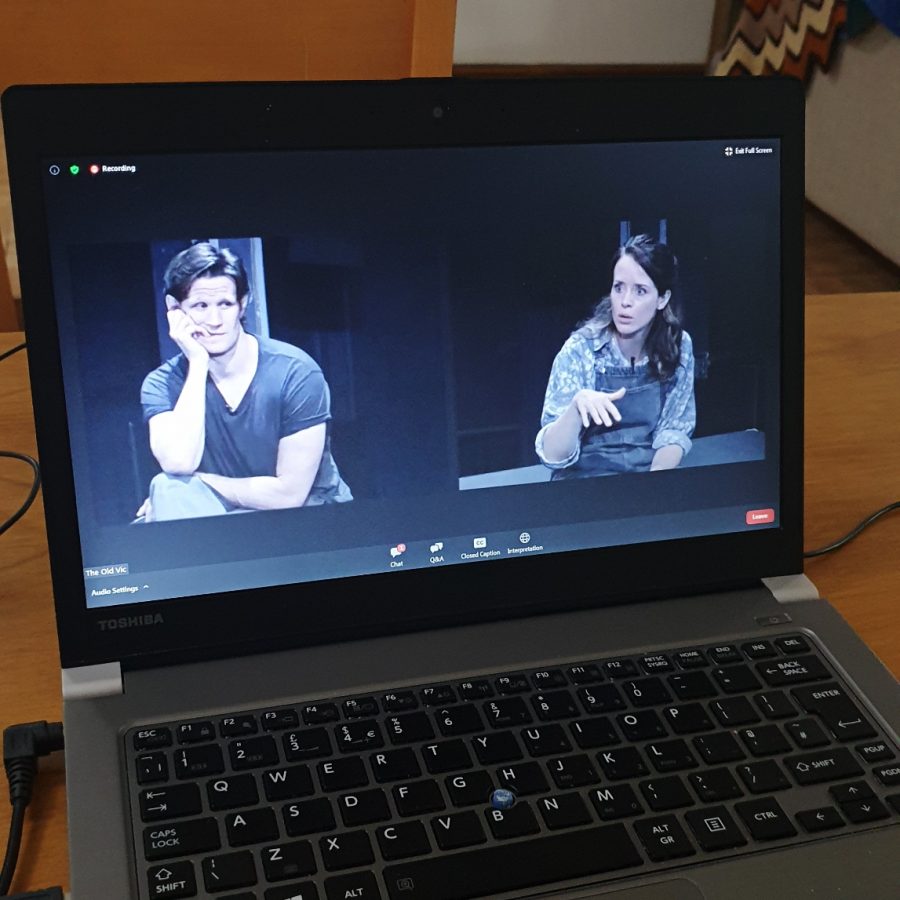 While the plot itself is of course exceedingly heteronormative and full of gender stereotypes, it does feel like a true-to-life story. So many emotional rollercoasters and a very neat and tidy ending make this a great story to bring to life in a distanced, live streamed performance as the physical distance between the actors helps illustrate their emotional distance quite well. I’m rating this covid-safe production five out of six rainbow sloths.

I really enjoyed this performance of Old Vic In Camera, and am looking forward to the next one, which will feature Andrew Scott in a brand new play by Stephen Beresford.