Being in lockdown due to the corona virus pandemic, I thought I’d use the time to work on my backlog of shows I never got around to review back when I actually saw them. I just don’t always have the time to write reviews right away and sometimes they just fall into an eternal backlog that I am now striving to work through! I actually viewed this production on 26 October 2018 and am writing the review with my theatre notes written during and after the performance.

Yes, as an 80s child I’m in the right age group to have been a massive Take That fan as a teenager. I did go to see (and really enjoyed) the first Take That musical, Never Forget, back in 2008, long before I actually moved to London (I lived in Vancouver, Canada, at the time and travelled to London to meet a friend for a holiday) so when The Band came around, I had to go check it out as well. I saw the touring production when it stopped in Wimbledon. 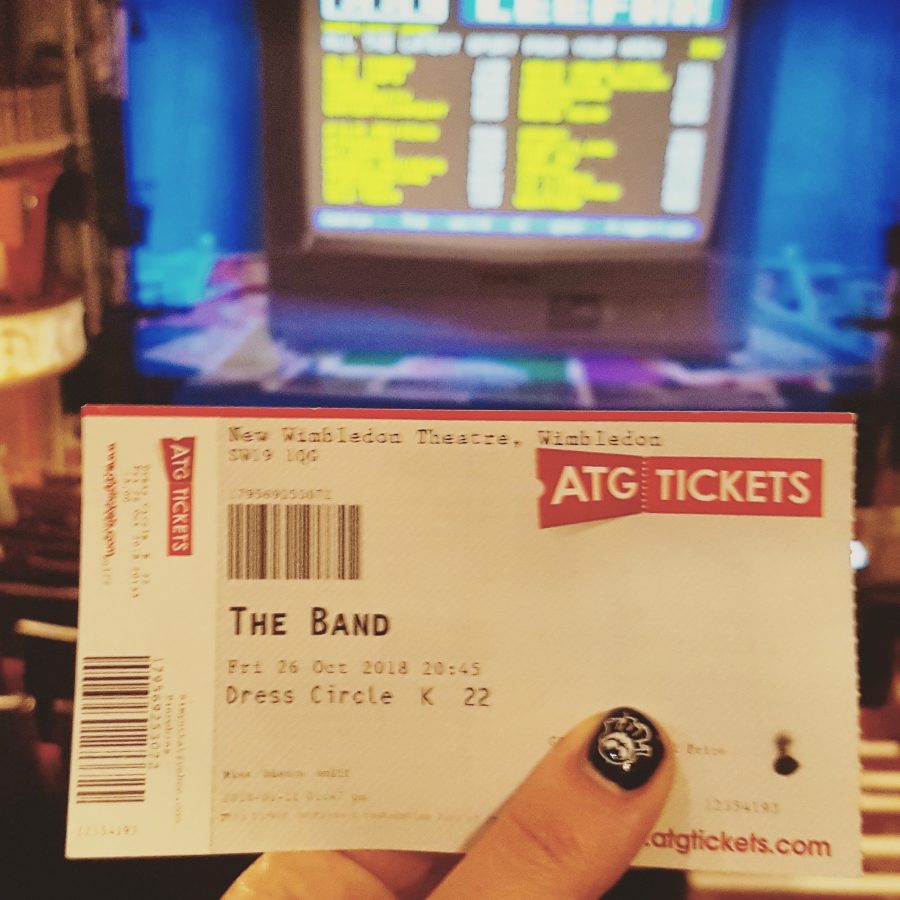 This new musical focuses much less on the band or their music, but more on the fans and their emotional connection to each other. The plot of The Band revolves around four women who have drifted apart from their close friendship after losing their fifth friend to a tragic incident they each blamed themselves for in one way or another. After so many years spent apart, they reunite to remember their friend and fulfil their dream of seeing The Band.

It’s a beautiful story of friendship and support, loss and memory, constructed around the well known songs of a band that brought thousands of people together in tight friendships, some that lasted through the years, and some that didn’t. It’s a story of fans united by their fandom and women strengthening each other through understanding and love. For a jukebox type musical, it has a surprisingly emotional and well constructed story that touches the heart.

With the right mix of seriousness and light humour, I really enjoyed the story as well as the presentation. The characters felt real and very sympathetic. I’d definitely recommend this musical, even if you’re not a huge fan of the band. Five out of six rainbow sloths from me.