Being in lockdown due to the corona virus pandemic, I thought I’d use the time to work on my backlog of shows I never got around to review back when I actually saw them. I just don’t always have the time to write reviews right away and sometimes they just fall into an eternal backlog that I am now striving to work through! I actually viewed this production on 02 October 2018 and am writing the review with my theatre notes written during and after the performance.

I was invited to see the production of Mythic at the Charing Cross Theatre in October 2018, and it sounded very interesting from the promotional material. Mythic is a new rock musical tackling well known Greek mythology and dragging it into the new millenium to modernise it. It focuses on Persephone and her relationships with her mother Demeter, and the bad boy Hades. In theory, this sounds fantastic and like a great new musical. In practice, it falls completely flat and disappoints.

While the entire cast is absolutely brilliant, and trying to do the best they can with what they are given, the story is written in an awkward fashion, almost like a stereotypical “boomer” writing about the shenanigans millenials get up to. It feels out of date and clunky, and seems to shame Persephone for her decisions more than anything. And while the actors impress with their voices and singing skills, not a single one of the songs are memorable or gripping at all. 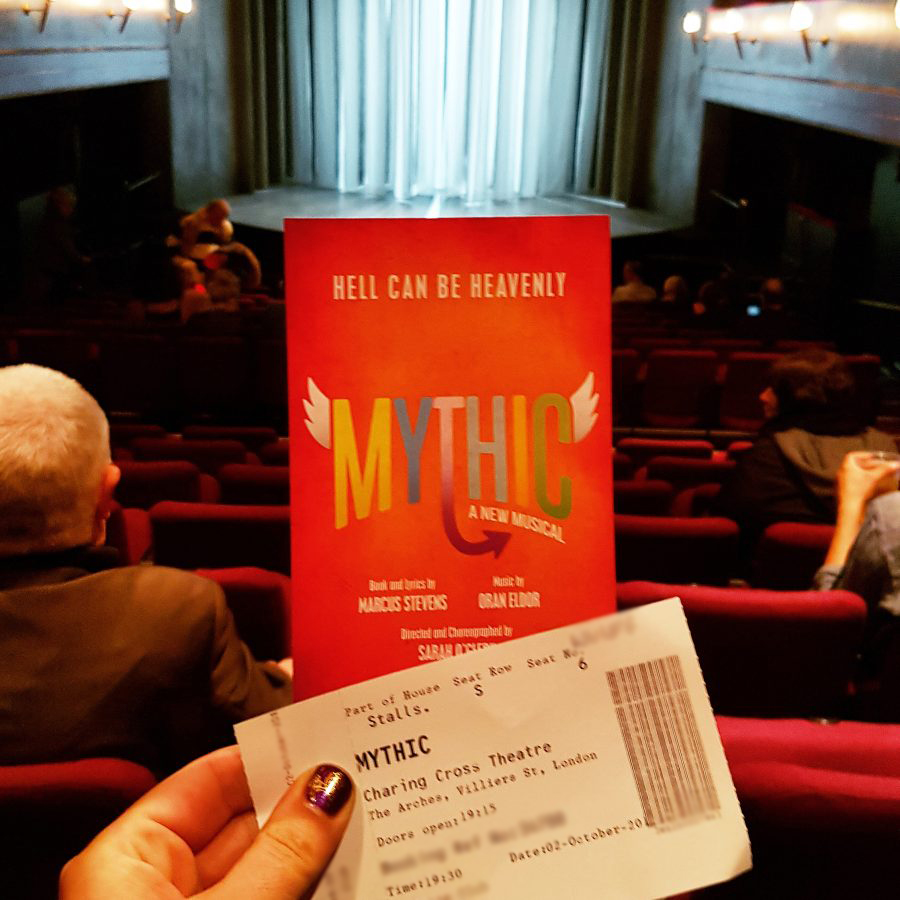 The entire time I felt like the songs weren’t songs at all, but rather sung narration to a somewhat rock-y beat. But even five minutes after walking out of the theatre, I couldn’t have told you a single line from any of the songs featured. I do think songs within a musical should help drive the story, but they need to be structured like actual songs, with choruses and verses, rather than a fully sung narration of what was currently going on with which character.

The aesthetics were brilliant, the idea of translating the story of Persephone into a modern setting with social influencers and selfies is a fantastic one, putting the whole thing into a rock musical sounds amazing. But unfortunately this musical is not structured at all and falls flat in storytelling, cohesion, and musical appeal. Again, the actors and singers were fantastic, but the material they were given just didn’t measure up. Three out of six rainbow sloths from me.