My favourite Christmas present was a set of tickets to see the West End production of Mary Poppins, which I’ve been itching to see! I went to see it in February on my birthday and took another nanny friend to see it with. I’ve loved the old film as well as the new Mary Poppins Returns, so was very much looking foward to experiencing the live show. 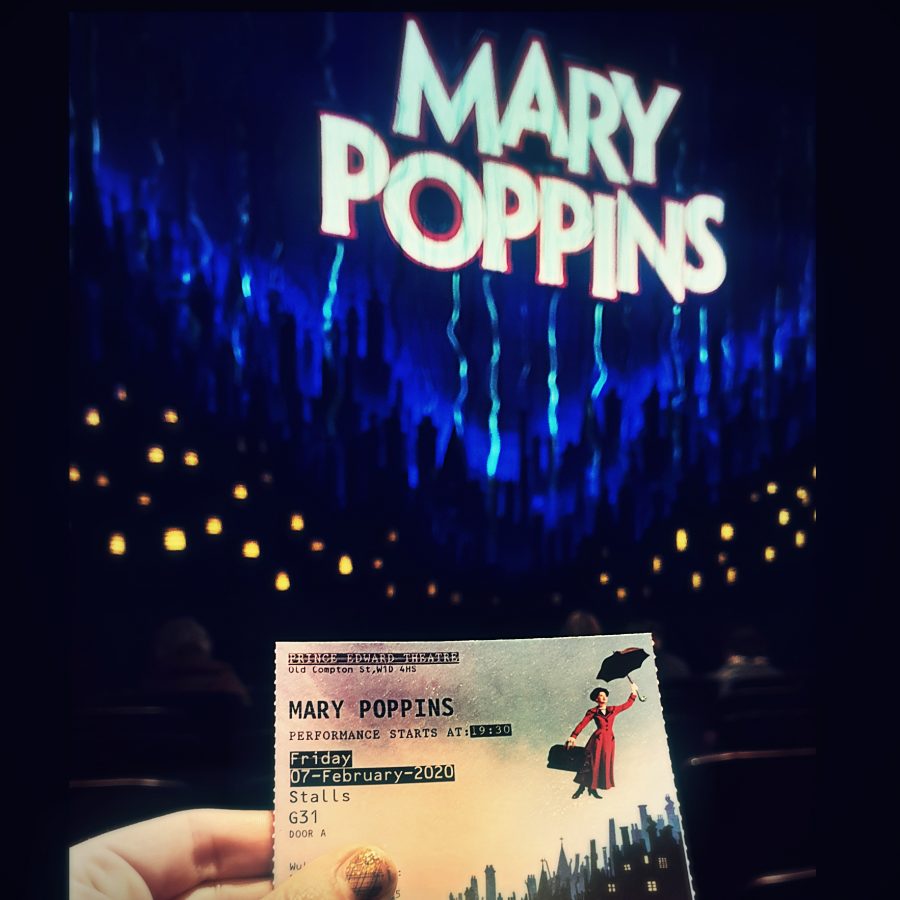 The stage looked absolutely delightful with lit up buildings and smoking chimneys in front of a night time sky, even before the show started. The whole stage design was so lovingly made and really reminiscent of pop-up storybook pages, with bold lines and set pieces that opened up and slotted together. Beautifully made and perfect for this classic story.

The story itself sticks very closely to the original book series and uses the songs from the 1964 film, with the aesthetics being a little updated and more modern. Jane and Michael, the children, are definitely a lot more naughty in the stage version than they are in either the book or film, constantly back talking and generally not being very nice children, which leads to the one scene of the musical that makes it quite obvious why this show is recommended for children 7 and older. Mary brings some of the children’s toys to life as giant versions to teach the children a lesson about being kinds, but the visual of gigantic toys with bizarre proportions seems more at home in a horror film than in a children’s musical. The rest of the show is definitely a lot more whimsical, but this one scene felt a little out of place.

Mrs. Banks is changed quite a lot from the film version, being a former actress who struggles to fulfill her duties as a good housewife and socialite. She comes across as a little ditzy, outdated, and very conservative. Mr. Banks in contrast gets an update with a backstory about his own childhood and his scary nanny Miss Andrew, who seems the absolutel antithesis of Mary Poppins, almost comically so.

There is a lot of magic happening on stage, wonderfully presented and brilliantly whimsical. All the classic songs from the film are there, and presented so beautifully. A Spoonful Of Sugar is an especially gorgeous treat, as the magical deconstruction and reconstruction of an entire kitchen and its contents unfolds before our eyes. While Neleus, a statue in the park, comes to life in Jolly Holiday along with a slew of other statues for a charming dance sequence that is so bright and sparkling, it could have come straight out of the Disney film. 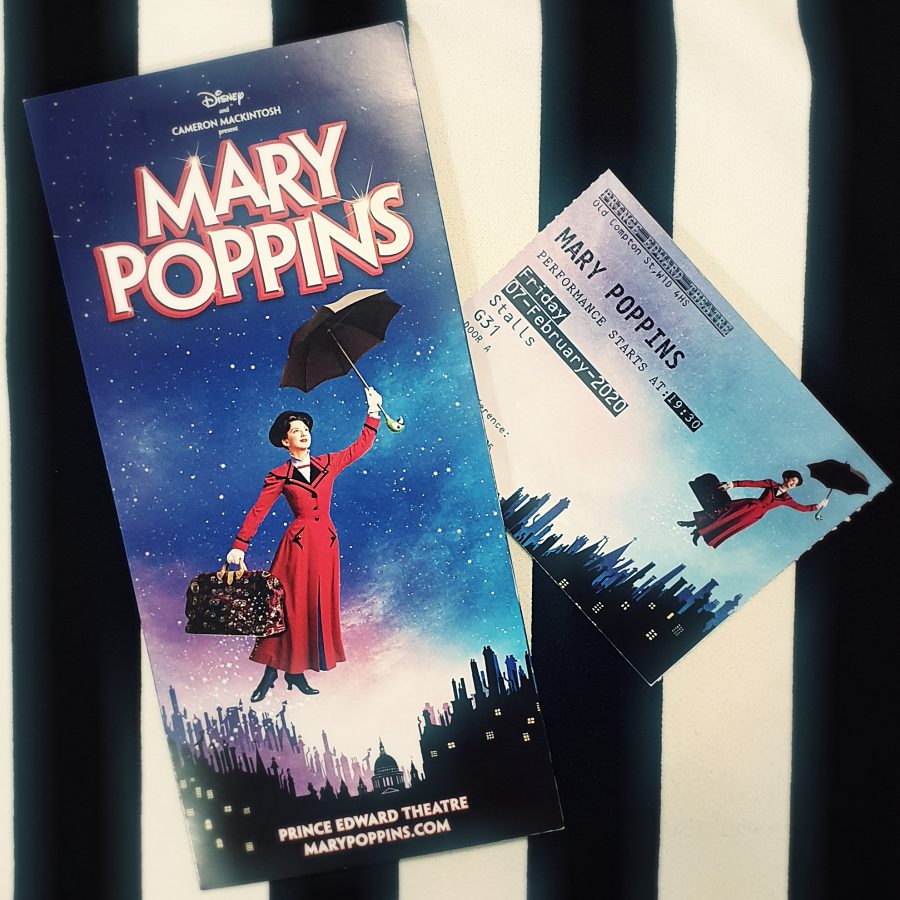 The changes to the story mostly work, though I do wish Mrs. Banks wouldn’t have to be turned into this bleak version of a struggling wife, and Miss Andrew also seemed too stereotypically villainous and somewhat fat-phobic in her portrayal. Other than that and the bizarre giant toy scene, it’s a gorgeous musical that is a delight to watch and left everyone with a smile on their face. Mary Poppins is currently booking until September 2020.

Definitely a solid five out of six rainbow sloths from me.