Friday night saw the press night of Love, Loss & Chianti, a double bill of works by acclaimed poet Christopher Reid. Currently showing at the Riverside Studios in Hammersmith, Love, Loss & Chianti runs two hours, including a 20 minute interval, and is on until the 17th May. 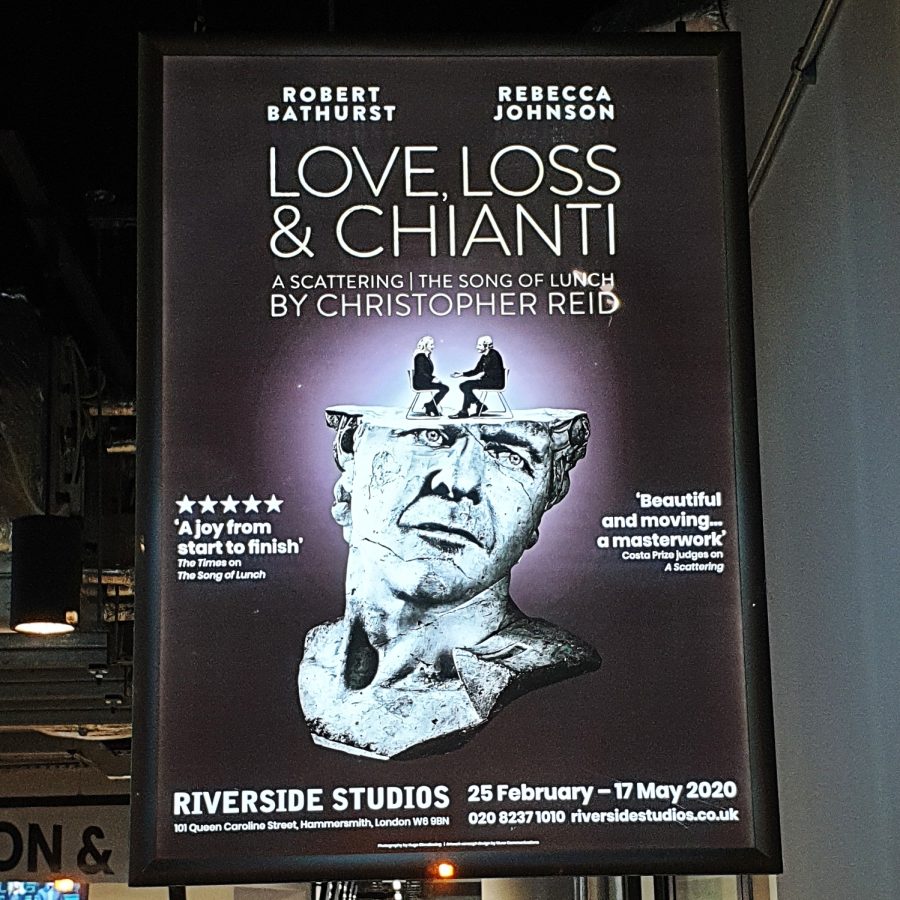 The first poem, A Scattering, is a an exploration of grief and loss in four acts. Reid commemorates the death of his wife Lucinda in this work, starting with memories from the couple’s last holiday together intersperced with scenes from the hospice. A gripping narration through love and loss, bravery and hope. Flowing easily and in rhythmic pattern, it’s a beautiful story told with a lot of emotion and heart.

Robert Bathurst and Rebecca Johnson play well off each other and the gorgeous background animations give the production a sort of story book feel. A Scattering is a beautiful commemoration and a study of the grief that comes of bereavement.

The second work of this double bill is The Song Of Lunch, a more comedic verse to balance the weight and sorrow of A Scattering. With the same actors and the now familiar animation backdrop, it is almost a little too similar visually to let go of the thought of loss and grief right away. The Song Of Lunch starts out very light and funny, presenting itself as a meeting between friends who have not seen each other in a very long time. But as it progresses through its scenes, it becomes heavier with unrequited love and untethered desperation. What seemed as a reconnection, almost a rekindling, at first quickly turns out to the something completely different. Robert Bathurst now plays a man madly in love with a woman he dated almost two decades back, which Rebecca Johnson slips into the role of a happily married woman who has had enough of his pining and his saviour complex. In parts it almost reeks of stalkerish tendencies, especially as the man gets progressively more drunk and reminisces in the things he has done to try to rescue his love from the cluthes of her seemingly wonderful husband.

There is definitely a lot of humour in this romp, but it almost falls victim to the bleakness of a man so ruined by his love that he is blinded to reality and in a way gives up on his own life in favour of a fantasy world in which he is the hero and his love’s love the villain she must be rescued from. The animations help keep things light and at a steady pace, while this work slips back into grief towards the end but in a lighter, less devastating fashion. 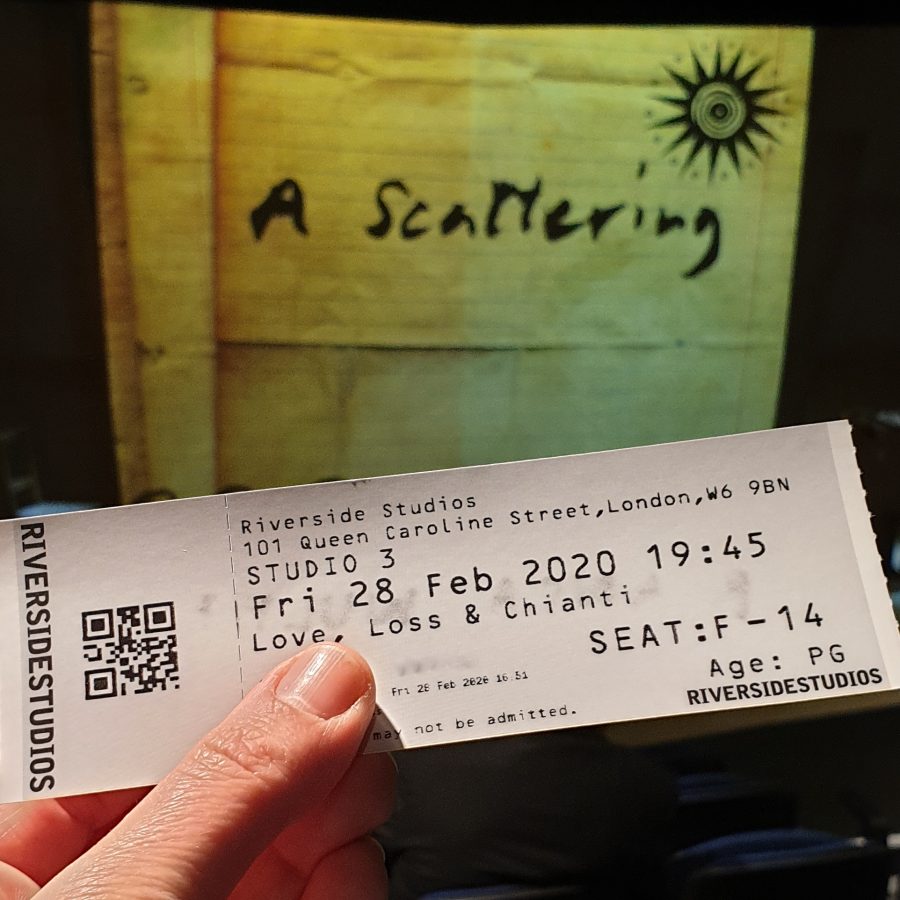 Love, Loss & Chianti is a beautiful double bill of two poetic works that go well together while being wholly different. One is a deep exploration of what it means to lose someone you love to the eternal embrace of death, while the other is a lighter study of how losing someone you love but not letting them go can cause unnecessary grief in a very different way.

I very much enjoyed these two plays, as I’ve been touched by the grief of losing loved ones quite a bit in a last few years, many aspects of A Scattering rang true and close to home. I’m rating this production four and a half out of six rainbow sloths.