In late October I ventured out to Hammersmith to see the brand new production of Solaris at the Lyric Hammersmith, which is a rare treat as not a lot of sci-fi makes it to the stage for adaptation. Based on the well-known novel by the same name, the play revolves around the occupants of a space station orbiting the planet Solaris. 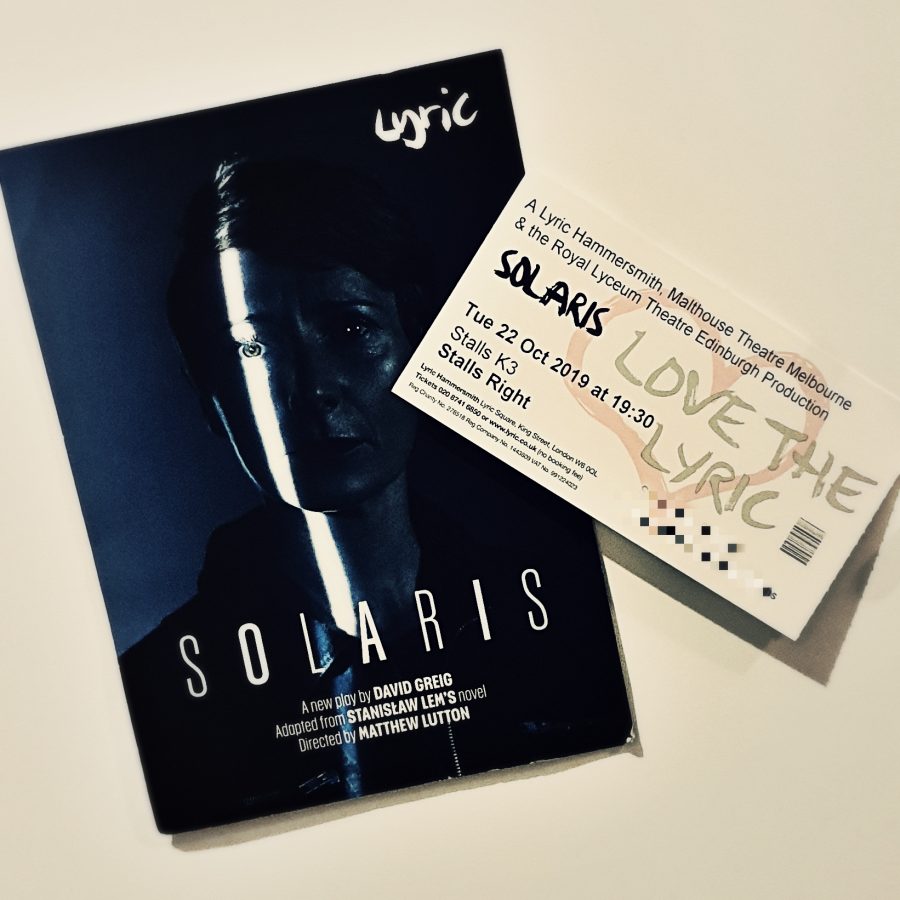 As Kris Kelvin arrives to investigate reports of abnormal activity on board the Solaris space station, she quickly finds out that there is a lot more going wrong than originally suspected. Two of the crew members are dead, the other two behave in odd ways and hide things from Kelvin’s investigation. She discovers that the crew members have started seeing things that cannot be explained and she quickly falls victim to this strange phenomenon herself.

The stage is beautifully designed, mostly in white with futuristic looking doors and prop items that slide out of the walls when needed. It is a very sleek design that compresses the action into a relatively small space and does really help convey the space station aesthetic on stage. It’s simple but impressive at the same time.

Bringing such a complex story to the stage is no easy feat, but here it really works! The props and stage are really quite simple and the play doesn’t rely on huge stage effects. Rather, it takes the human side of the things, the personal stakes, the dreams and memories of the characters, and focuses on that. It’s beautifully done and kept quite close to the original novel. 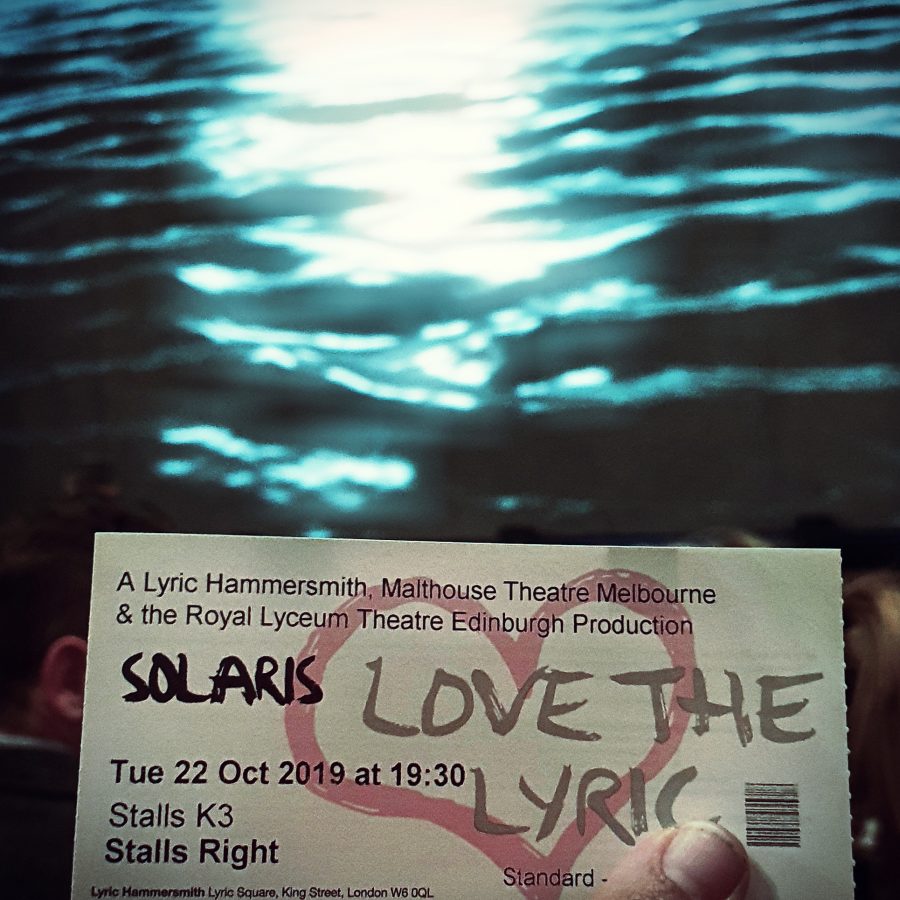 I was very impressed with how well this adaptation worked and how clean and effective te stage design was. I can only recommend this play to every science fiction fan out there. Full six out of six rainbow sloths from me!