As my fist play of the year, I went to see The Ocean At The End Of The Lane at the National Theatre. As a big fan of Neil Gaiman’s work, I was very excited to see how this story would translate to the stage. 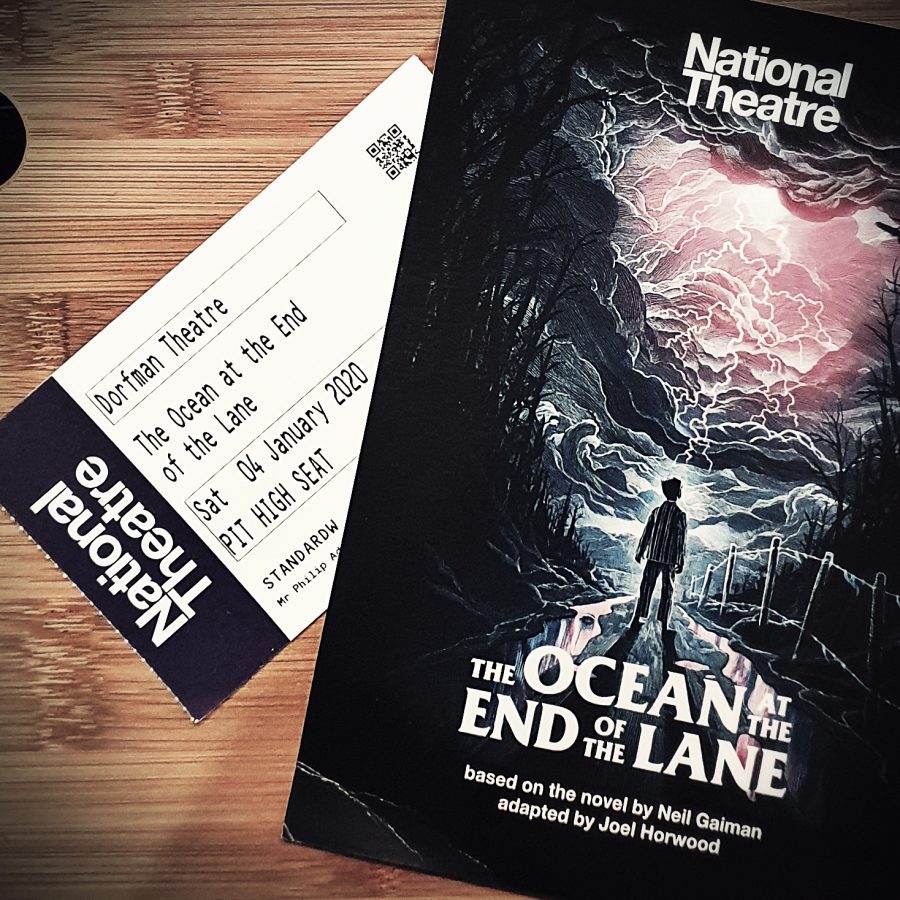 Book adaptations are always an interesting thing, aren’t they. It can go incredibly well, or it can go incredibly badly. Seeing as Gaiman’s work has both been tackled on the screen with great success as well as falling rather flat, I’ve thought much of his shorter works of fiction are much more suited to the stage to begin with. The Ocean At The End Of The Lane is definitely otherworldy and ethereal enough to be difficult to adapt in any medium, so this was a bit of an adventure I was very much looking forward to.

With a dark, looming stage with fairy lights strung around the perimeter of the set design, the tone was definitely set on the dark side. A wide, baren, dark stage with a crooked and twisted backdrop that reminded of a gnarled old forest, this was exactly as dark and moody as I had hoped it would be.

The Ocean At The End Of The Lane is the story of a man who returns to his childhood home for a funeral and wanders the paths he used to tread as a young boy. He finds himself in a garden of an old farmhouse, and begins to remember things long since forgotten. Like his best friend Lettie, who had claimed the duck pond by her house was actually an ocean between worlds, and how their careless adventures turned into a threatening reality beyond the bounds of our mundane reality.

Following the plot of the book quite closely, the production is beautifully realised with set pieces floating in and out of the scenes, doors popping up out of nowhere, blinding lights piercing through the general darkness of the stage. The way the ensemble, clad in shadowy dark clothing, almost dances the props and set pieces onto and off the stage in a dream-like choreography that suits the story so well. From the simple items representing different rooms, buildings, areas, and relatively simple but very effective costumes, and the pared-down dialogue, to the perfect combination of darkness and light, the whole production feels more like a haunting nightmare than a play on the stage. Which is of course absolutely perfect for the subject matter. 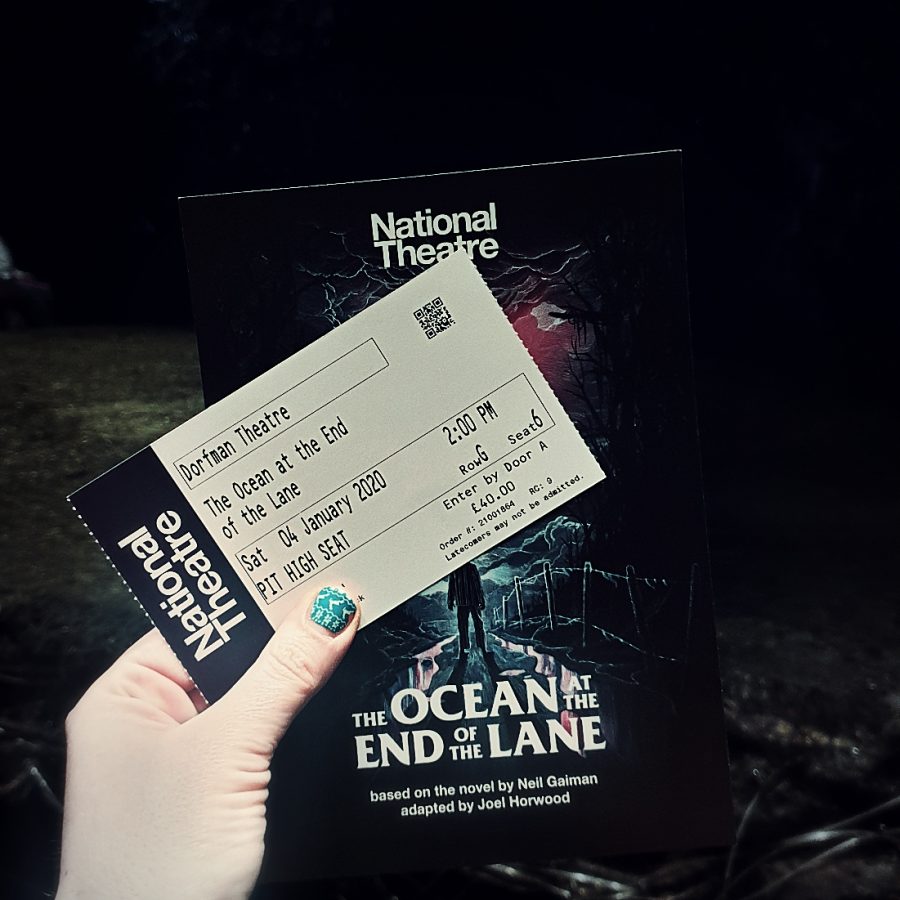 The only thing I would complain about with this play is that it was staged in the smallest of the three theaters at the National! While this did mean it felt a little more intimate, it was sold out very quickly and many people who wanted to see it didn’t get the chance. Seeing how beautifully this play was realised, I hope it comes back in a slightly larger production very soon.

Like walking through a dark dream, the team working on this show definitely made the book come alive beautifully. Full six out of six rainbow sloths from me!