On Wednesday I headed down to the Bridewell Theatre to see For The Sake Of Argument, a new play by Harry Darell. The play focuses on Eleanor Hickock, a writer with strong political opinions, and a mourning mother searching for answers and understanding. 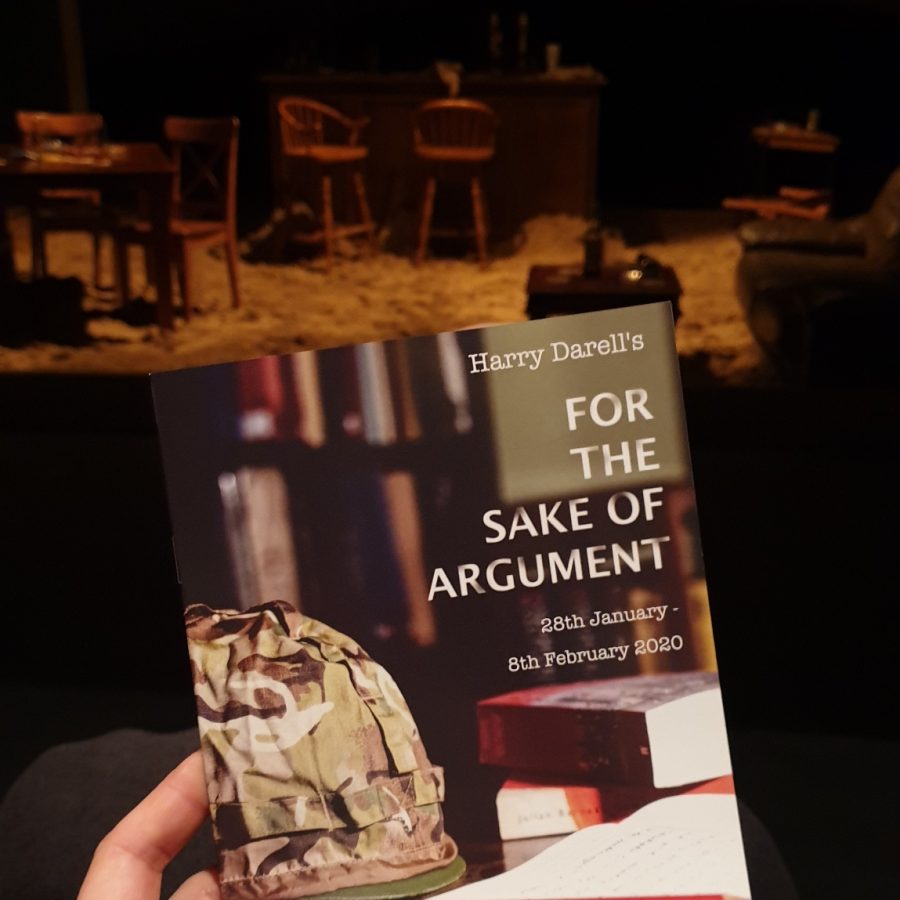 The stage design is simple enough, with a basic pub setup on a stage filled with sand, camouflage netting looming overhead, an obvious but effective nod to the war in Iraq, which is a centre point of this play. Starting off with a rant by a young soldier frustrated with common stereotypes, I’m a little confused on where this will go. The whole rant seems a little over-the-top, a defense of something that wasn’t attacked, almost an attack on the audience without any provocation. It seems like a pro-war believer rattling off their own stereotypes of what they think are deeply held stereotypes anti-war believers might hold.

We’re now thrown into a scene in the pub, and after some unrelated chitter chatter, it comes down to the main character finally taking centre stage. Eleanor leads a debate club of sorts. Of course she picks the topics. And the debaters. And apparently, judging by her co-debater’s reactions, picks the same final topic every single time, a passionate defense of Tony Blair and the 2003 invasion of Iraq. The whole debate club set-up is a little rigid and seems more like something pseudo-intellectual students would attempt to wile their boring evenings away, rather than serious adults who seem to have careers but not much else to do with their lives. It’s interesting to see them construct arguments and defenses, but seems a little drawn out and meandering, though the point comes through a little more later on in act 2.

Act 2 does bring a lot more to the plate than the first act. We now switch from detached debates about topics that don’t touch the debaters’ lives in a meaningful way, making it easier to have strong opinions on anything really, to a cozy home and personal connections and losses. Maria Bradley is the mother of two sons, one of which was persuaded to join the war effort after immersing himself in Eleanor’s writing, so the family of course blames her for their loss when he is killed in Iraq. The mother seeks to find understanding, for herself to understand why she lost her son as much as for Eleanor to understand she influences real lives with her words. While the father is resentful and unwilling to entertain the idea of forgiveness. And then there is the older son, who is of course the absolute antithesis of the deceased boy. The good brother, who was perfect and nice and good and everything else, had to die in the war. The bad boy, who is a ne’er-do-well in every way imaginable, is of course the one who should have died instead. Everything slips a little too much into the world of clichee and predictability from here on out. 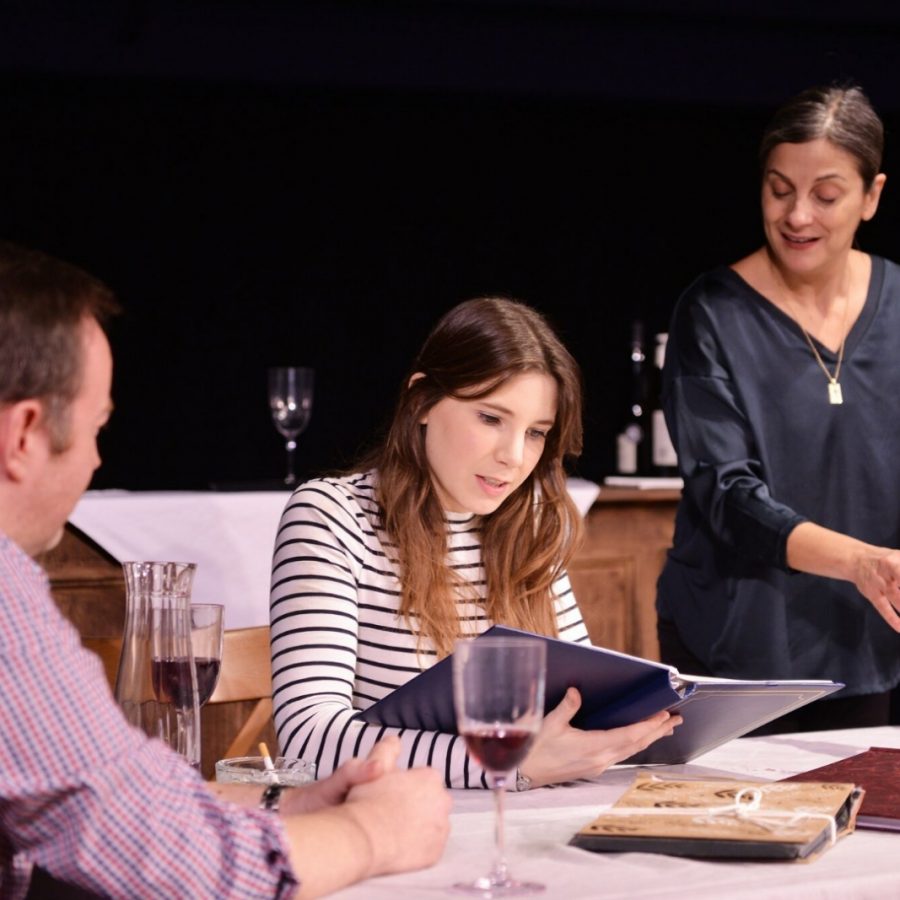 I think the biggest problem with this play is that Eleanor is presented as an inherently unlikeable character who is so concerned with shouting her opinion into everyone’s face, she disregards reason and nuance completely, never seems to even consider any of the other characters as on the same level as herself intellectually, and just ploughs through the scenes with such intense arrogance, it’s impossible to feel sorry for her when things take a dramatic turn.

The premise that disregarding the effect of words and opinions and treating them as a game to be played while keeping your brain cells occupied and active is a good one, but the execution does fall a bit flat with lengthy debate scenes that don’t go anywhere and poor characterisation of the main players. Everything seems a bit too neat and tidily sorted into stereotype boxes.

It’s an interesting play for sure, but too long-winded and sloppy around the edges. Unfortunately only a three out of six rainbow slots from me.