On Thursday I was invited to the press night of Pleasance Theatre and SinkThePink’s Escape From Planet Trash, a new space musical filled with drag queens, giant turkeys, heaps of trash, and lots of Christmassy goodness. Sounded just camp enough to be right up my alley, so I dragged a friend along to check it out.

Thanks to Love Popups London for inviting me. 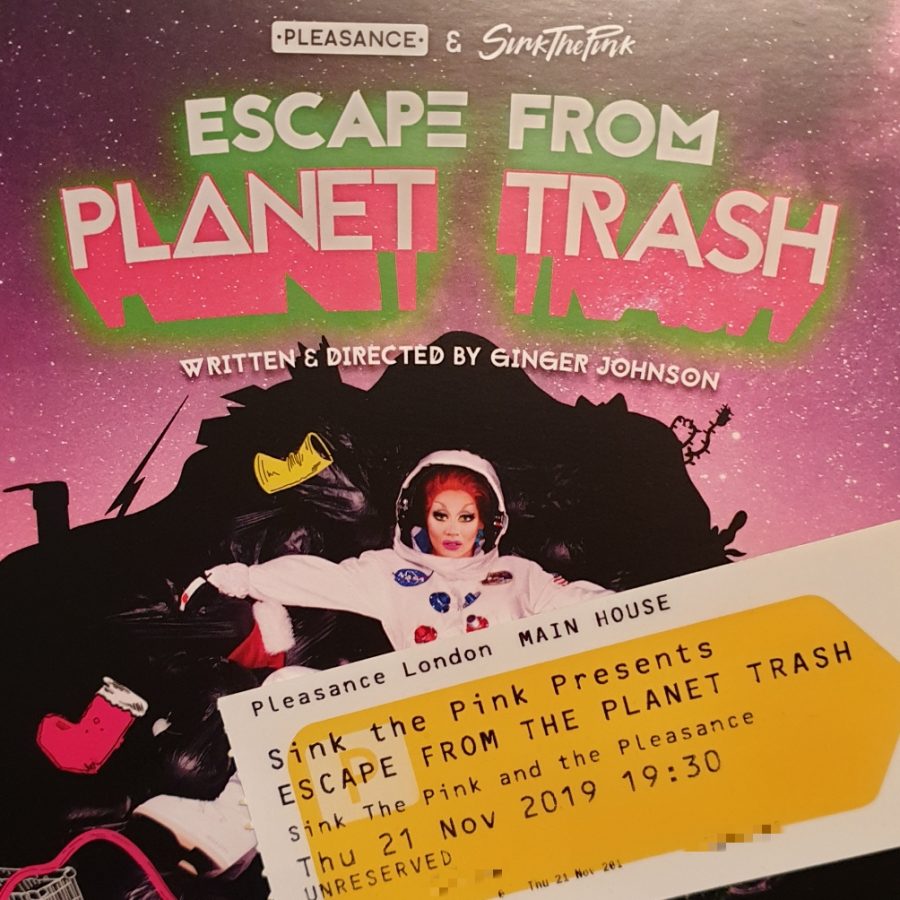 Escape From Planet Trash is set in 2050, where a colony ship picks up a distress signal from Planet Trash and two brave explorers go to investigate. They find Ginger Johnson and her son as the last human survivers on the planet, but are quickly becoming aware of the dangers lurking on this intergalactic rubbish heap.

Utilizing popular songs with slightly amended lyrics, brilliantly trashy costumes, and more tropes than I could ever count, this is a wild romp with more tinsel and trash than glitz and glamour. If you love drag queen acts and ridiculous comedy built on socially aware foundations, this musical is absolutely for you! We laughed along with all the ridiculousness, and thoroughly enjoyed the lack of an actual plot in favour of a pastiche of farcical scenes loosely strung together. Not usually my type of entertainment, but this one was just funny and captivating enough to make me forget to care about a plot.

It’s not a polished production, but this suits it so well. With a more professional and glitzy coating, it would have lost a lot of its soul and sparkle. With the giant turkeys being costumed in what looked like mostly cut up bin bags, and the rotating set serving for a multitude of locations, it’s just ridiculous enough to really work. 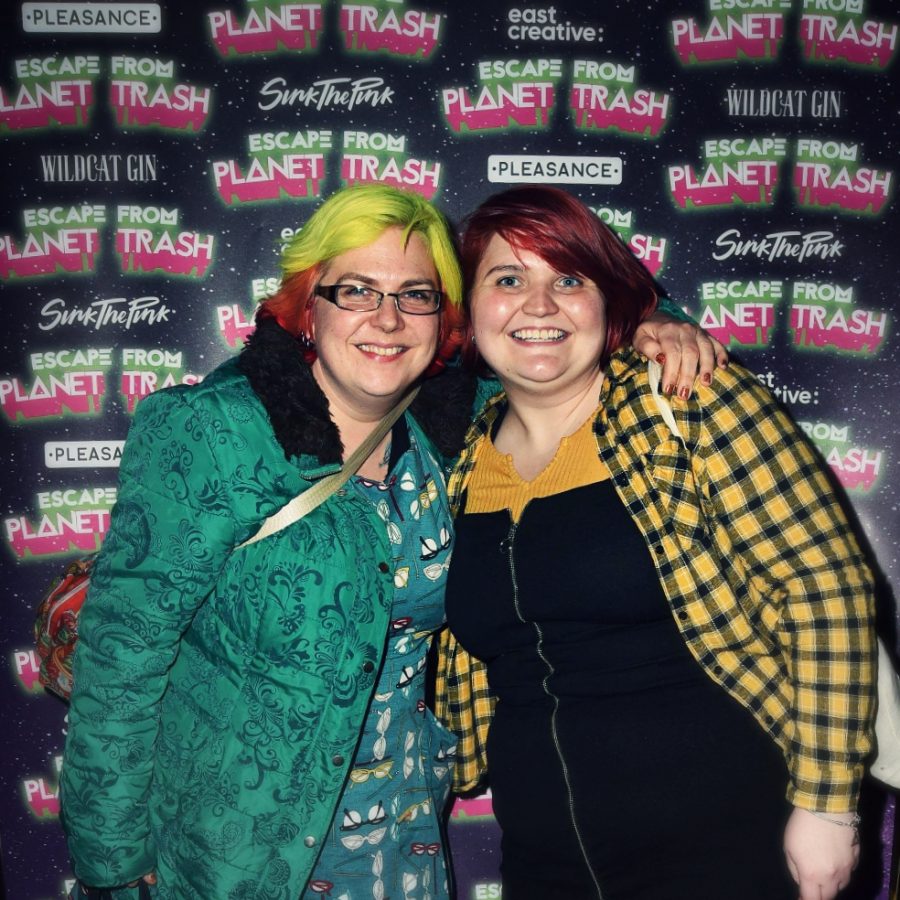 I had a brilliant time with this hilarious production and would definitely recommend it if you’re into campy and absurd entertainment. Escape From Planet Trash runs until the 22nd of December and makes for a brilliant pre-Christmas show. Five out of six rainbow sloths from me!