I’ve been wanting to see Come From Away for months and finally got the chance to grab some discounted tickets to see this sensation of a musical. So I grabbed a friend and headed down to the Phoenix Theatre to see what the fuss was all about. 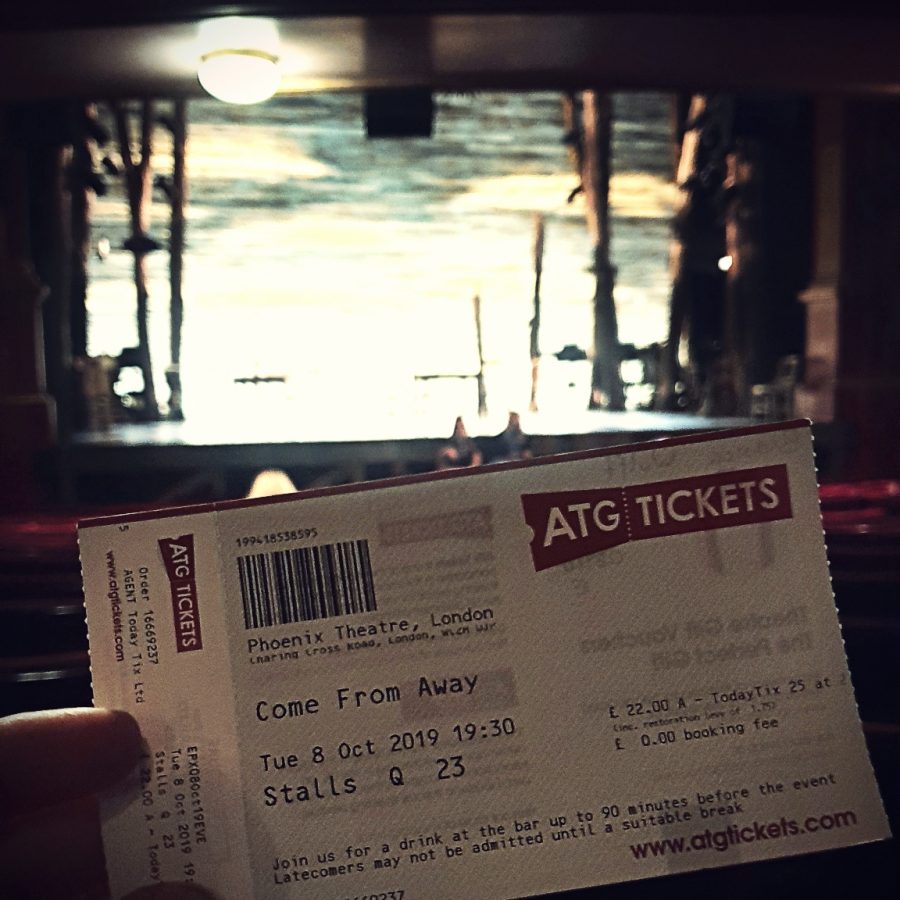 Played through in one act, this 90 minute show really benefits from not having an interval, sustaining emotional impact throughout. Come From Away tells the real-life story of the thousands of air passangers that were stranded in Canada during the events of 9/11. In particular, it focuses on the small Newfoundland town of Gander. The town took in nearly 7000 passangers, effectively doubling its population, for four days in a stunning demonstration of hospitality and solidarity.

The musical follows the happenings from the first news of the terror attack to the airspace closing down forcing 38 planes from all over the world to land on this small island to how the city made space for almost 7000 people to stay for a few days until they were allowed to fly on to their American destinations. Beautifully played and with many very strong songs full of emotion, Come From Away shows a story of people helping those in need, opening their homes, giving what they can, putting their best foot forward to deal with this crisis. From very personal stories of loss and fear to budding love between stranded passengers, this story has it all.

A very simple set is used very effectively, this musical really doesn’t need a grandiose stage dressing to tell its story. It’s so well done and runs the gamut of emotions from fear and desperation throuh grief and pain to love and joy. 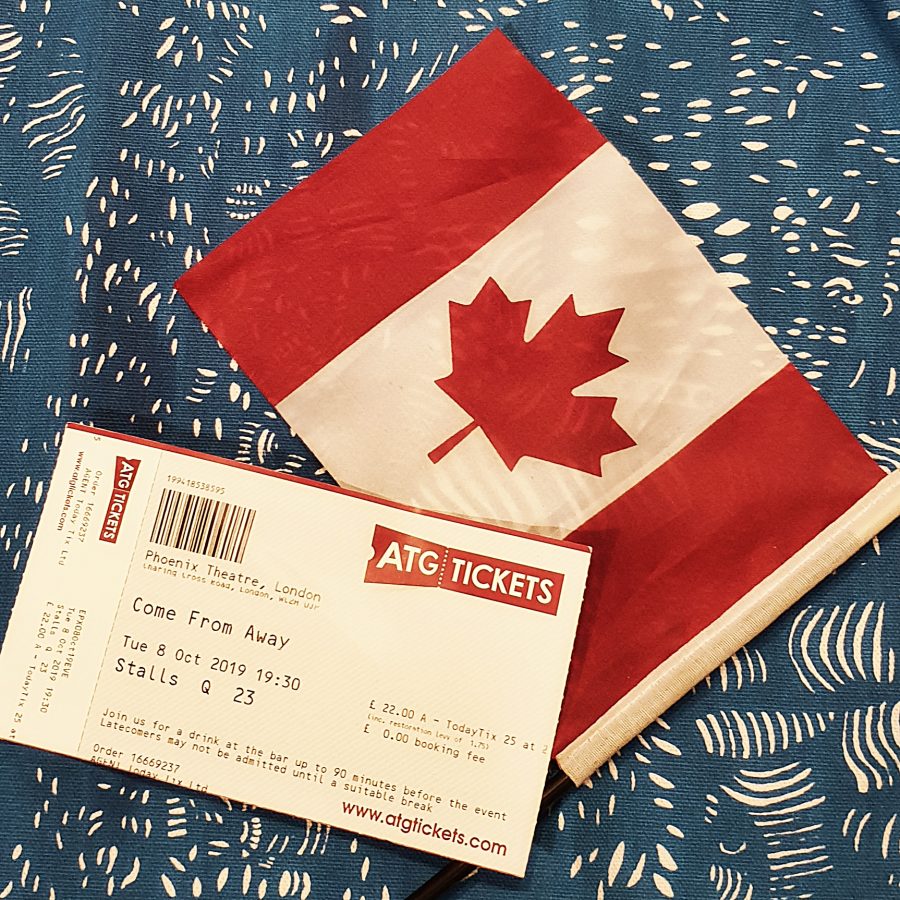 You definitely have to experience this incredible journey of emotions. A beautiful musical based on a beautiful real life story of Canadian hospitality and what humans can do when faced with a crisis. Five out of six rainbow sloths from me!