I recently headed back to the Little Angel Theatre with one of my charges, the two year old, to see The Bed, toddler version, this time at the studios, with I prefer to the actual theatre venue. This venue has some play areas available for children before the show, and the audience is only lead into the theatre space when it’s ready to start, so children don’t have to wait too long in their seats. 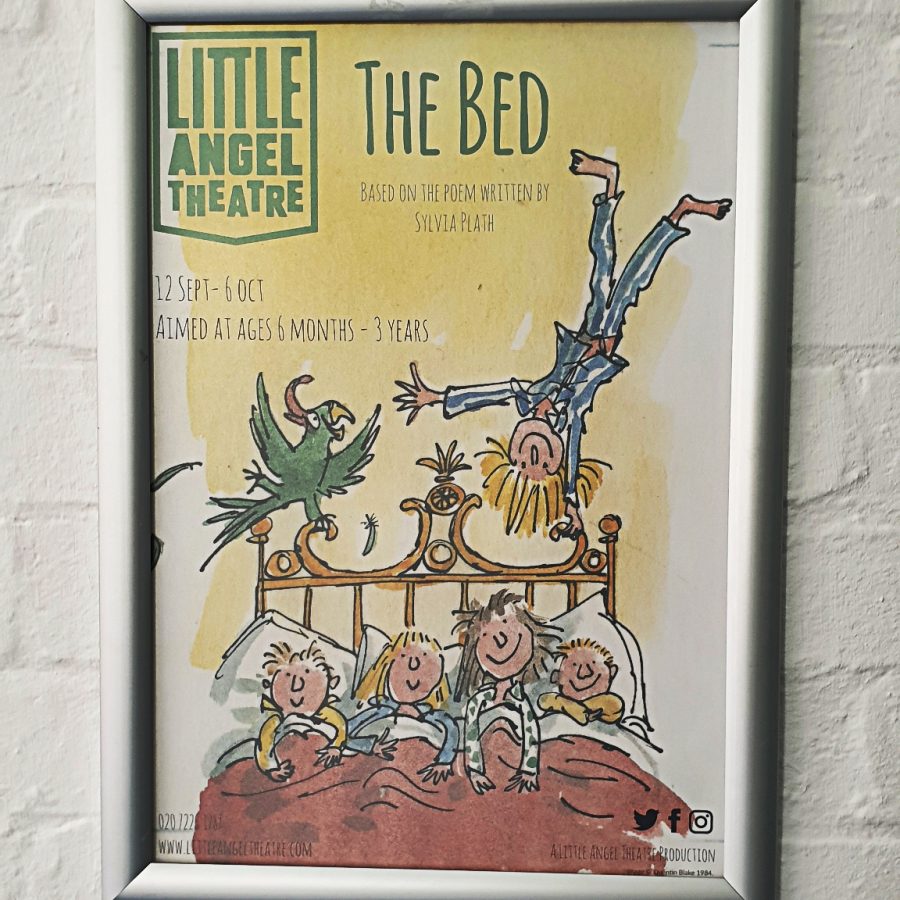 For The Bed, there were pillows strewn across the floor for parents and children to sit on, as well as some foam blocks in the back for those who don’t want to sit on the floor. We were asked to take our shoes off, which is understandable, but also asked to take socks off, which I refused to do. Walking around in socks is fine, but being barefoot in a public space with lots of adults and children just seems too unhygienic to me and I don’t understand why that would be necessary. Most places that want you to take your shoes off actually insist on socks being worn, like softplay areas and bouncy castles and such. They didn’t seem to mind too much that we kept our socks on, so it wasn’t too big a deal, just confused as to why they would ask that in the first place.

The stage had a large bed frame and huuuuge blanket with the presenter sitting in the middle. Throughout the show simple props are being used to turn the bed into a variety of objects, from boats to diggers and many inbetween, fascinating and entertaining the children. The presenter kept involving the children by coming around with props and costume pieces that the kids were invited to touch and interact with. The boy I nanny absolutely loved it and was super fascinated by the little fish that came around to say hello to everyone, and the lamps that created stars all over the venue. It used a minimum of words and a maximum of imagination, really engaging the young children in what was happening.

After the show we were able to stay a little and have a look at some of the props again, but it became a little disorganised quickly as it was unclear which items the children were allowed to touch and which were just supposed to be looked at. The presenter and theatre staff were very calm and helpful, but it would have been nice to have it all laid out a bit more clearly. 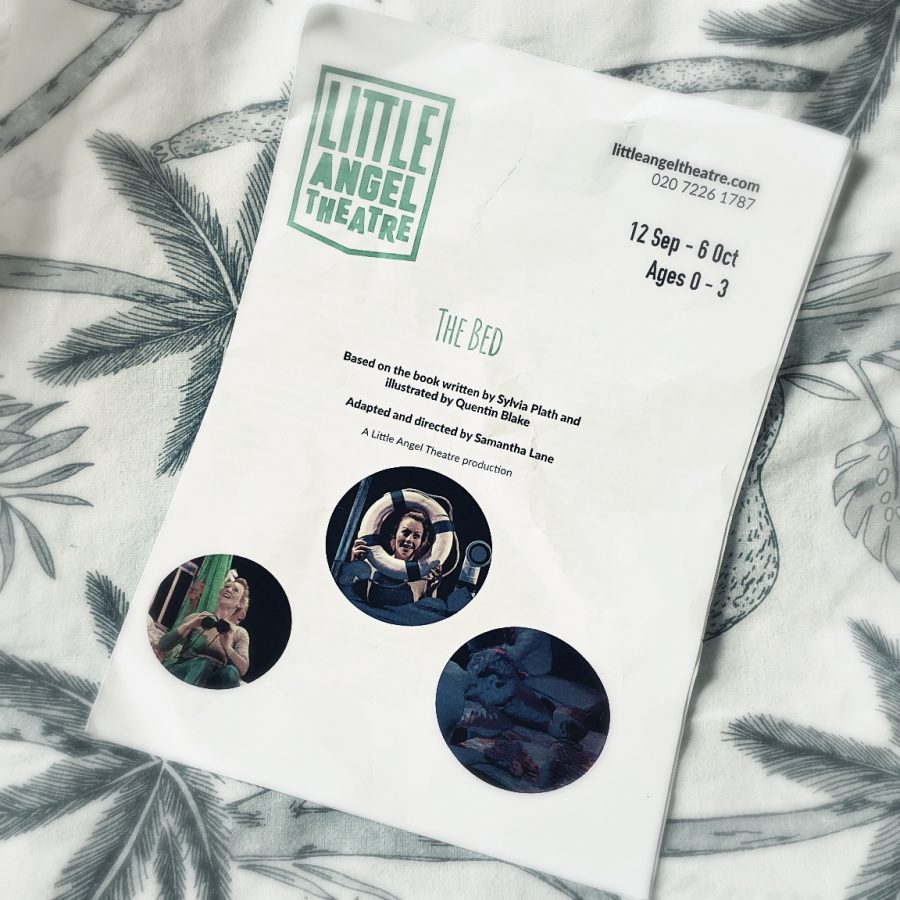 Still, this was a fun show for younger children. I’d say 2 and a half years was a little too old and this show would be more suited for 12 to 24 month olds. It’s a very charming and engaging show that feeds into children’s imagination and really captured their attention well. So if you have a little toddler and would like to introduce them to theatre, this is a great show to do that with! Five out of six rainbow sloths from me!