I recently had the chance to finally check out 9 to 5 at the Savoy Theatre. I’ve been wanting to see the Dolly Parton musical sensation for a while as I’d heard so much praise for it since it opened in February, so in September I actually got around to seeing it for myself! 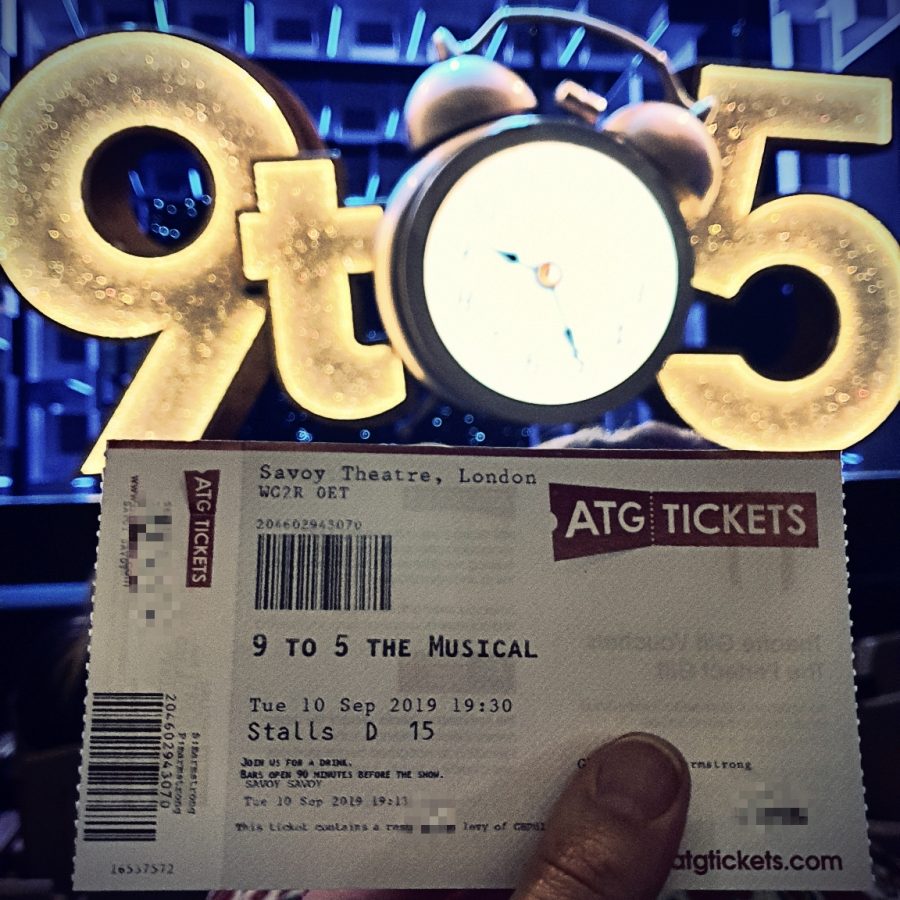 I’ve not seen the 80s film by the same name, so I have no idea if it’s true to the story or not, I’ll only be reviewing the musical itself here. I’m not a huge Parton fan, but her music is just so charming, I think most people actually enjoy it. The musical itself opens with a large screen recording of Dolly actually introducing us to the characters and basic story, which I thought was really well done and cute. We’re introduced to Violet, Doralee, and Judy, who all work together in the same office under the tyranical Mr. Hart who is a deeply misogynistic, dominating, and vile boss making the work environment absolute hell for all the women on staff. Within a few songs we find out that Mr. Hart has a lot of dark secrets, and our three heroines have absolutely had it with his antics, so when an opportunity presents itself, they abduct him and hatch plans of how to get revenge on this despicable guy.

The whimsical way all of this is presented and a great soundtrack take the harsh edge off and make this a very enjoyable musical with lots of feminist overtones as well as stunningly ridicilous moments of brilliant comedy. Voices and acting are very strong and the bright 80s aesthetic is decidedly gorgeous. With an absurd but entertaining storyline and narration throughout by video-Dolly, there is not a single dull moment. Grand ensemble routines as well as beautiful solos give this show a lot of depth and joy.

It ends with an epilogue that gives an overview of what the individual characters went on to do with the rest of their lives and a little bit of a sing and dance finale that again included Dolly Parton on a big screen. 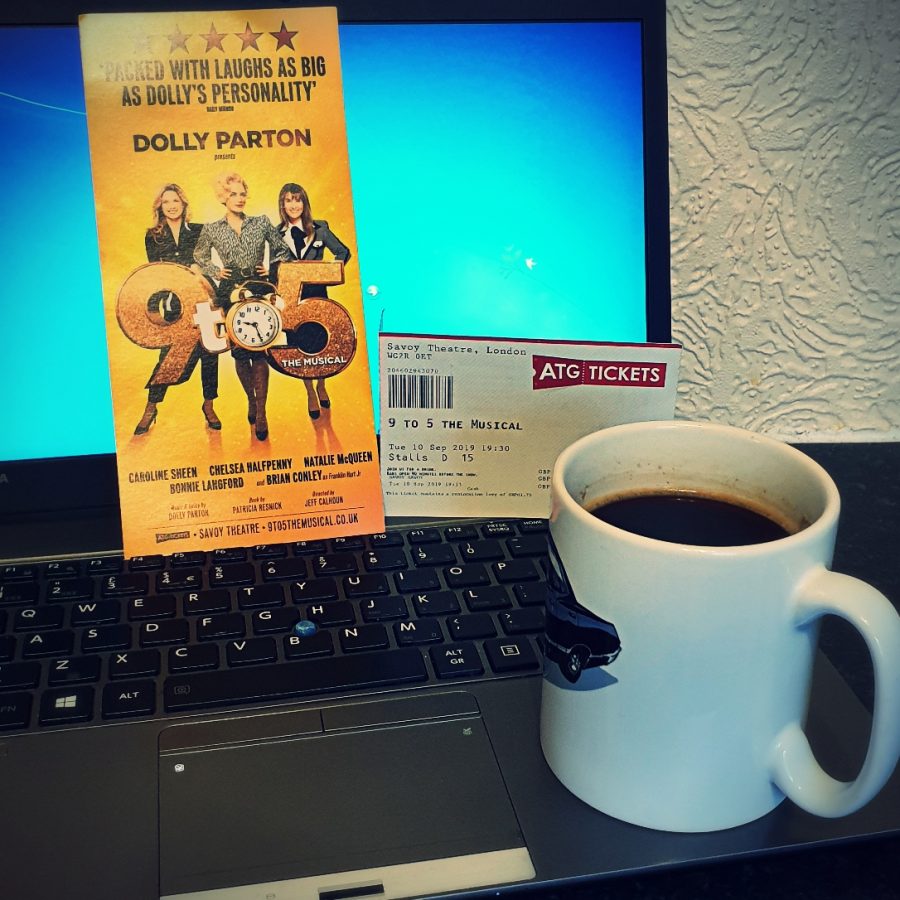 I really enjoyed 9 to 5 the musical very much. An upbeat, bright comedy with a fun soundtrack and fantastic cast. Can’t ask for much more in a West End success! Definitely go and check it out if you can. Five out of six rainbow sloths from me!