Last night I was invited to press night of Mites, a new play by James Mannion, which is playing at the Tristan Bates Theatre until 26 October 2019. This play comes with a trigger warning for themes of mental illness, paranoia, and “some other distressing themes”. I really appreciate the content warning and hope it will be carried through the run.

Also check out my friend’s review for this play! 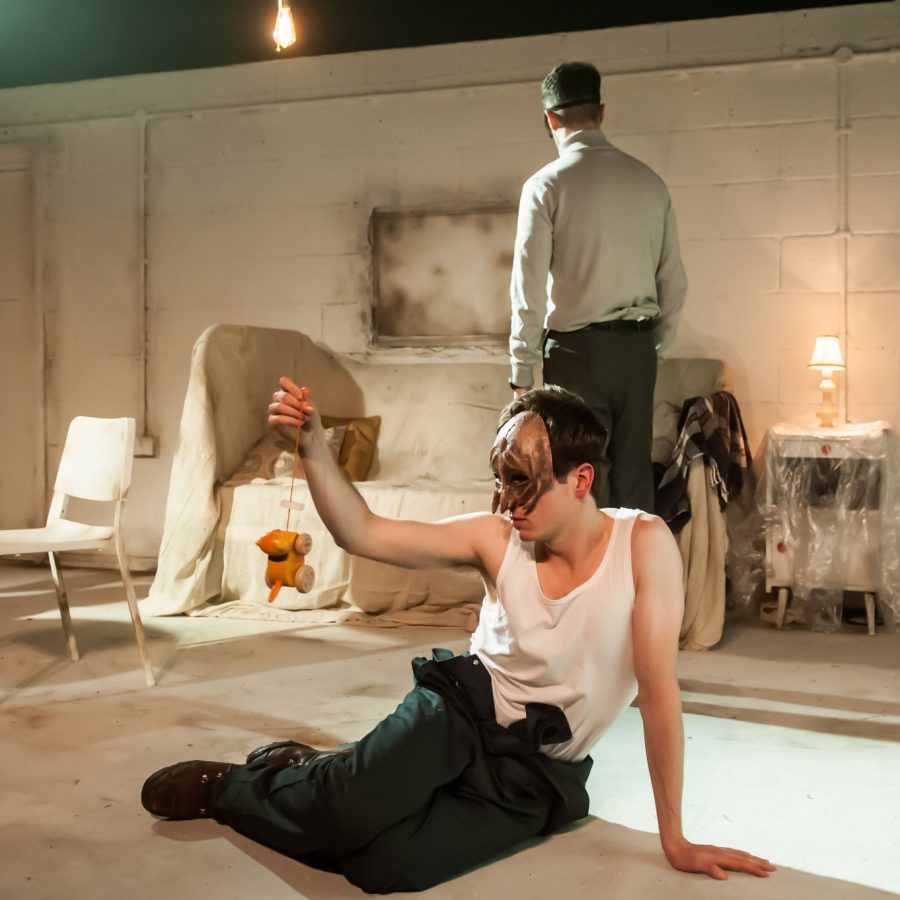 Mites starts out with a grubby, dusty room, plastic or dirty looking fabrics covering most surfaces, a woman pacing through the room, coughing and looking miserable. We quickly find out she has been abandoned by her husband years ago, has no relatives but owns a lot of land, and suffering with a mites infestation that is giving her health problems. A young pest control worker turns out to be a con man, trying to convince her that he is her long lost husband despite being way too young and knowing nothing about her. She also has an anthropomorphic cat who fashions himself a bit of an intellectual.

From here, things spiral out of control. Quick scene changes, bizarre interactions, surprising revelations, this dark comedy has it all. At times it is difficult to see the connection between scenes, as opposing theories of what is and isn’t the truth whirl past in a blurr of threats, abuse, breakdowns, and family tragedy. Pets who aren’t pets, husbands who aren’t husbands, a very confused Ruth who loses grasp of reality, it’s a spectacle to behold. We lose track of what is supposed to be reality and what is gaslit delusion or psychotic imagining in a gut wrenching juxtaposition of so many different approaches of what is and isn’t happening. Each scene is peppered with dark humour to relax the tension and this works really well.

The scenes get starker and more intense as the play races towards its conclusion, playing with domestic abuse and mental illness on an uncomfortable level that still somehow works. As a huge fan of the horror genre and psychological thrillers, this is definitely right up my alley and I absolutely loved the ending. 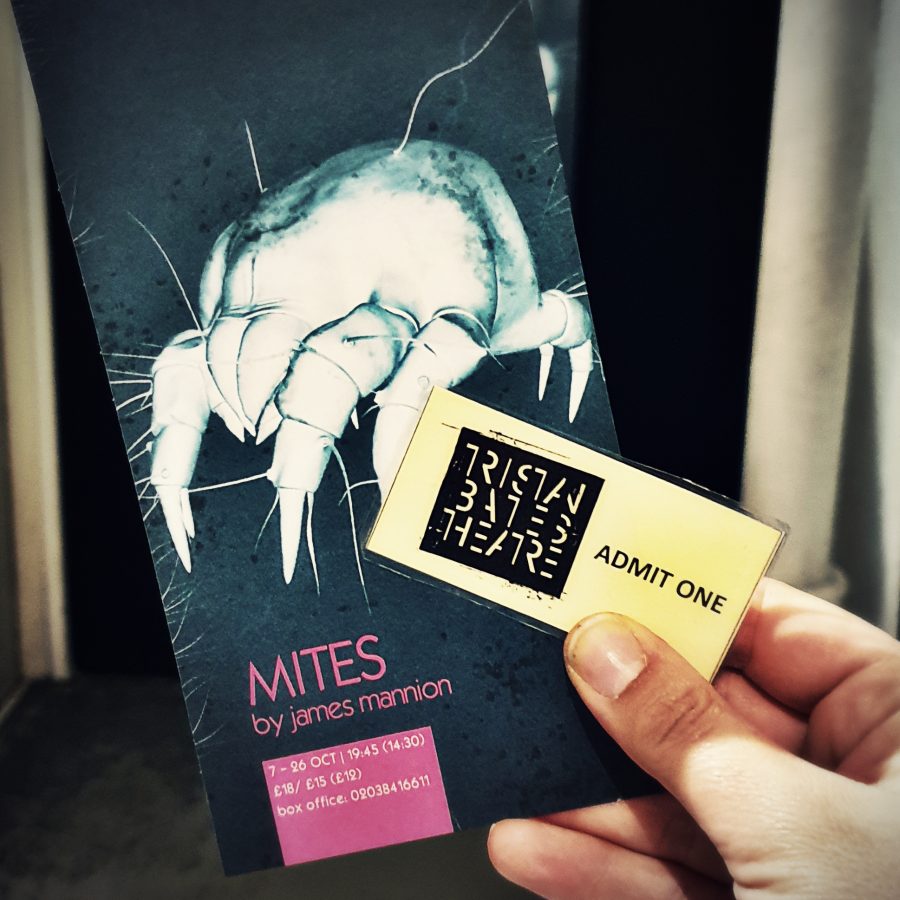 An absurdist, dark play with plenty of humour and an unusual portrayal of mental illness that puts the sufferer into focus as the one being exploited, rather than making them the root of the problems. I did think that both Claire Marie Hall, playing the main character of Ruth, and Richard Henderson, expertly playing the anthropomorphic cat Bartholomew, were a little on the young side for their respective roles. Especially Ruth, I think, would have worked better with an actor in her 50s or 60s to suit the first half of the scenes and the whole narrative of being abandonned by her husband long ago. Don’t get me wrong, they both did brilliant work with their characters, especially Henderson’s arrogantly callous feline, they just seemed a little young for the roles.

It’s a wild exploration of abusive relationships and vulnerability, wrapped in an abstract flurry of confusing scenes, very well presented and packaged with humour and surprising levity for such a stark topic. I really enjoyed this play, four out of six rainbow sloths from me.