Last weekend I was lucky enough to finally attend Funicular Productions‘s show Jewel Of The Empire, I’ve been wanting to see one of these dinner theatre shows for so long! The menu was crafted by MasterChef The Professionals winner Laurence Henry, and the show itself is a murder mystery, everything presented in a fancy train dining car! 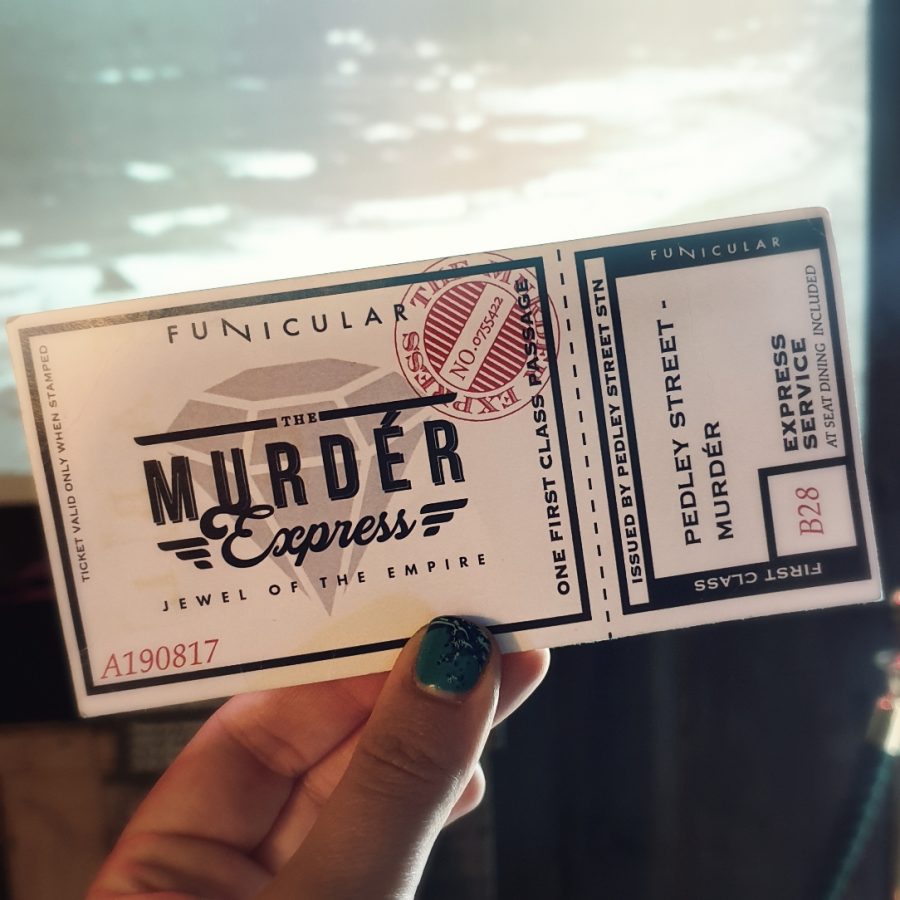 We were welcomed to Pedley Street Station, where there is a small bar and platform place to mill around before boarding the train. The train itself is a solid build inside the building, with plenty of space around the large tables with comfortable leather-sofa-style bench seating for up to six people per table. With large screens as the windows, we were treated to an ever-changing landscape throughout our journey. Before our departure we were introduced to the basic storyline:

The year is 1937, the height of the British Empire, and Britain’s most famous archeologist, Dr. Errol Earhart, has unearthed the world’s most valuable diamond, the Jewel of the Empire, which is being transported to the Von Cleethorpes estate via Pedley Street station’s, Murdér Express.

Along for the journey are a host of new characters, including the dashing Errol Earhart and the mysterious Saskia Selhikov as well as some familiar faces…

…It’s not long before the diamond is missing, bodies are beginning to pile up and the clock is ticking to catch a killer and recover the Jewel of the Empire.

Once the jewel was on board, we were welcomed and shown to our seats. The amuse-bouche was presented quickly while the story started to unfold in front of us. We were served a small ceramic ladle filled with cherry tomato gazpacho jelly, sourdough and aged balsamic. The jelly was very delicate and full of flavour, with a little crunch to the sourdough crumbs on top. I really liked this light starter.

Next up was the start of the show and story, the asparagus veloute with puffed wild rice and citrus dressing, the veloute features directly in the murder mystery as well, which is a brilliant tie-in. It was very fresh and light tasting, with delicious puffed rice bits on top. At times it was a little difficult to decide when to start eating, as the story still happens throughout the smaller dishes being served. It’s really fun to have one of the actors sit down next to you and interact, I loved all the little immersive elements throughout.

For our main course, the corn fed chicken balloutine stuffed with sundried tomatoes and herbs, black garlic, crushed Jersey potatoes, peas and watercress, the cast actually left the dining car, so we could focus on our food. I enjoyed the way the show was structured around the food, but still very entertaining and well done. A fun storyline that might be a little on the cliche side for old-timey murder mysteries on a train, which makes it even the more charming and fun to attend! The main course was delicious with the chicken perfectly cooked and the black garlic giving the dish its signature sweet flavour, definitely my favourite dish of the meal! 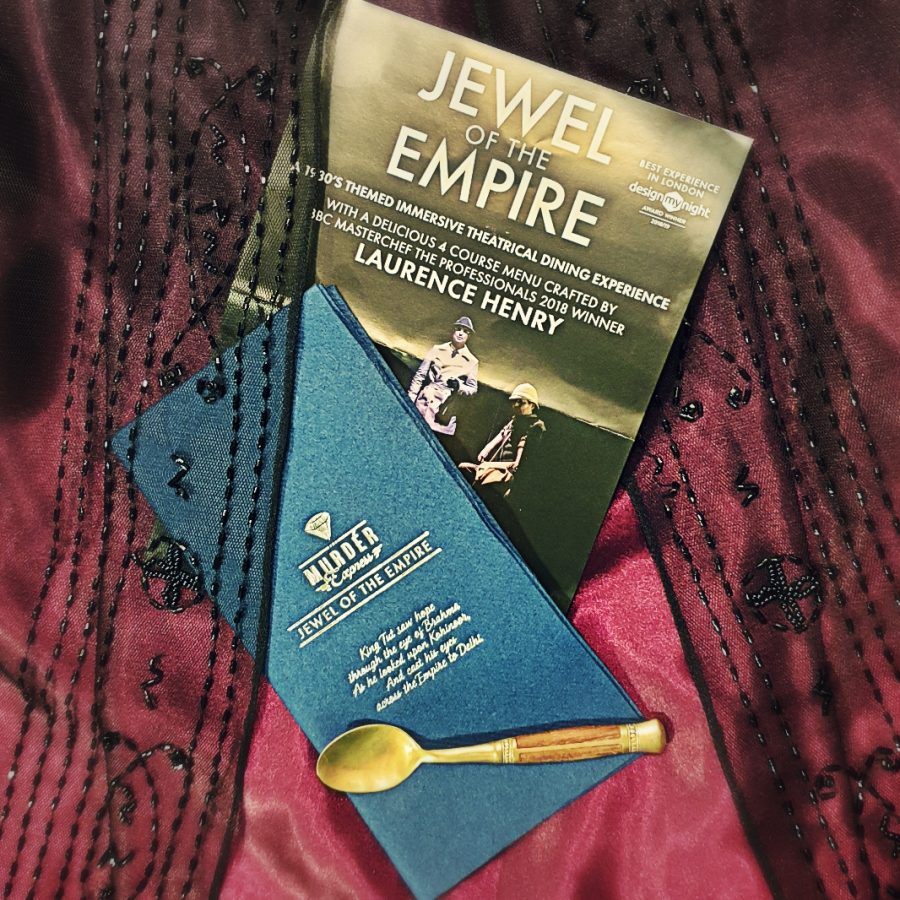 Overall I really enjoyed the show and the meal, everything is really well presented. While it’s not a super interactive show, it’s definitely immersive. A lovely little show with a great caliber meal to go along with it, I’ll definitely be back for another show! Four and a half out of six rainbow sloths from me.