Lest Wednesday I was invited by a friend to join her for The Starry Messenger at the Wyndham’s Theatre. While it wasn’t on my radar as a play to catch, I was excited to see Matthew Broderick live on stage. We had front row seats as well, which is always a bonus. 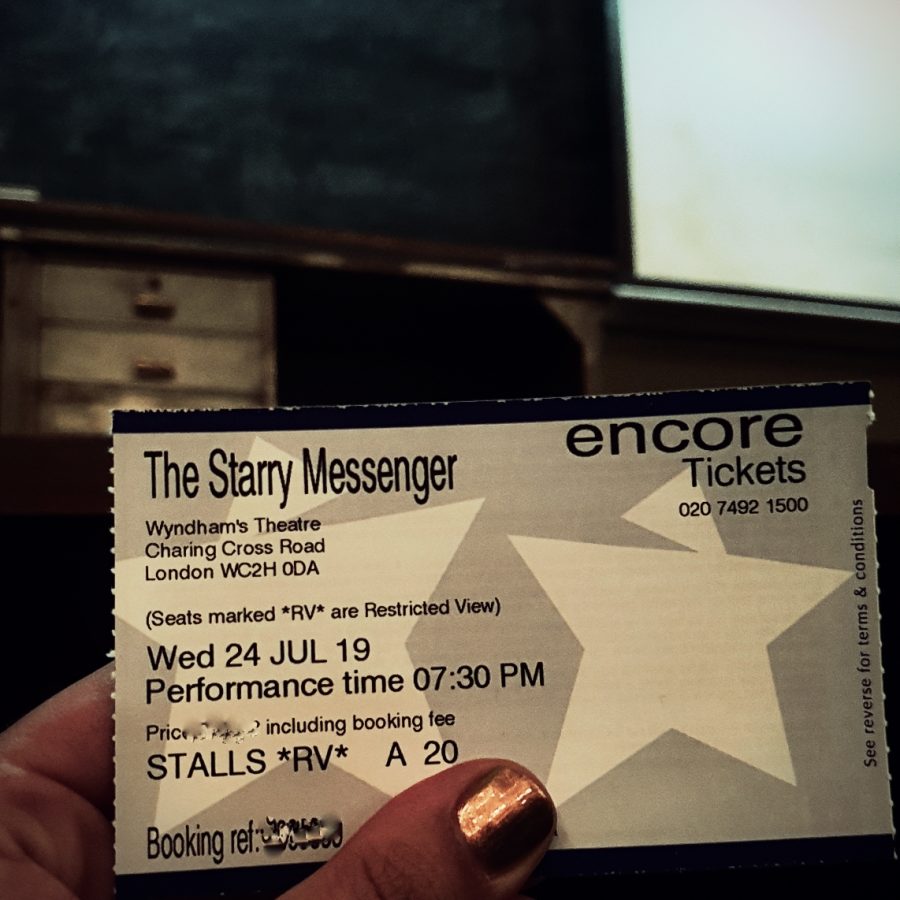 The Starry Messenger follows the life of Mark Williams, an astronomer at New York City’s Planetarium who is dissatisfied with his life and career, having left his passion for exploring the universe’s secrets mostly behind to teach on a lower level than his qualifications. His lack-lustre family life and disconnect from his life in general make him somewhat dull and disinterested at first, but the chance meeting with Angela, a young mother with strong religious beliefs, spins his life out of control and plunges him into passion and drama that threatens to derail his very conviction and fundamental beliefs.

The play starts off a little slow, with Broderick playing the character of the aging professor in his signature style of a somewhat awkward dreamer. It’s not immediately clear what the play aims to achieve or what the actual story is supposed to be, as the plot drags on a bit and I found myself torn between finding the character of Mark incredibly boring and at the same time intriguing as he seems to hold himself back on a level that seems more suitable for the stereotype of a repressed Brit rather than a New Yorker.  But there are enough laughs strewn throughout the first half to keep me interested.

The second half definitely picks up and kicks things into gear at a very different pace. Spinning into tragedy and drama and keeping the comedy very muted, it’s a rollercoaster ride for the heart that seems more suitable for a tv drama than the stage. Don’t get me wrong, it’s very well done, but at times seems a little overdrawn and  too constructed. Mark’s marriage is held together loosely by a strong, intelligent wife who seems to willfully ignore her husband’s many shortcomings, while he struggles to keep his life together while figuring out what he actually wants to do, in his career and his private relationships. 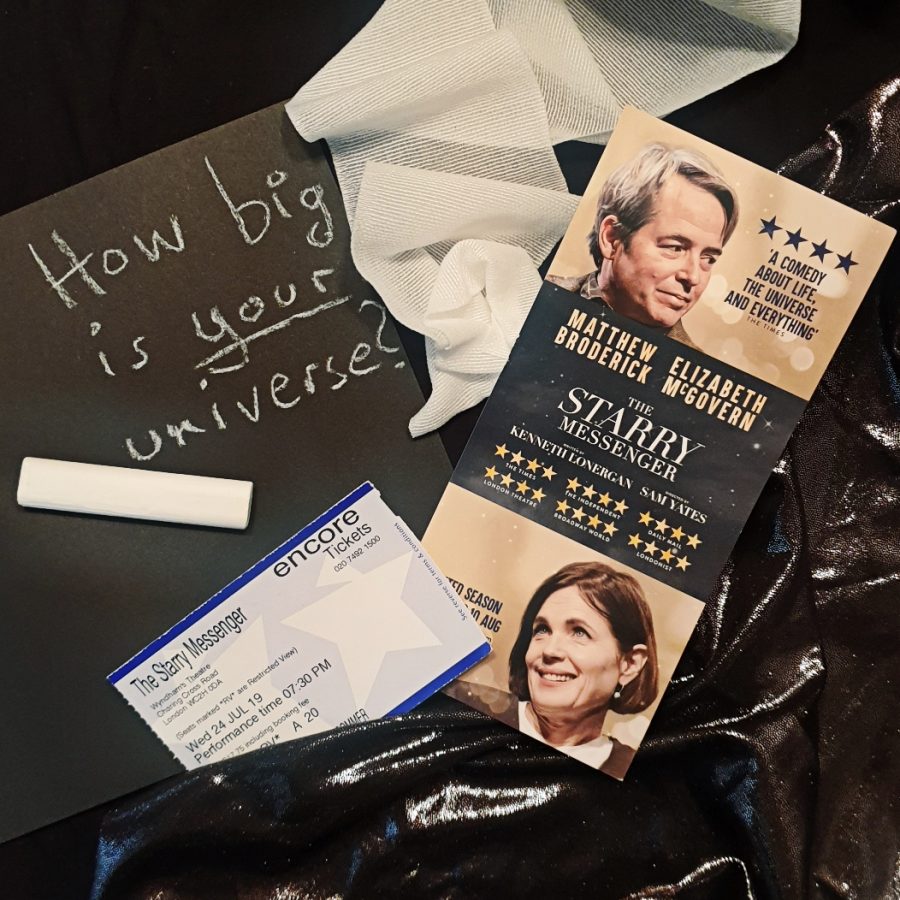 While Broderick does a great job with his character, aided by fantastic performances by Elizabeth McGovern and Rosalind Eleazar, the plot is just too soap opera to really work in a stage play. It lacks depth and development in so many moments that would have been perfect for it.

Still, it is entertaining and emotional, funny and thought provoking. Though it seems to fall apart on the edges at times and needs some work to be more cohesive. It’s decent entertainment with strong actors taking the lead that explores human connection and tragedy, wrapped in good comedy. A solid four out of six rainbow sloths from me.