Recently, I got to attend Where Is Peter Rabbit? at the Theatre Royal Haymarket in the West End. I took along two young children, 2.5 and 4 yrs old, to see how they would engage with the show. 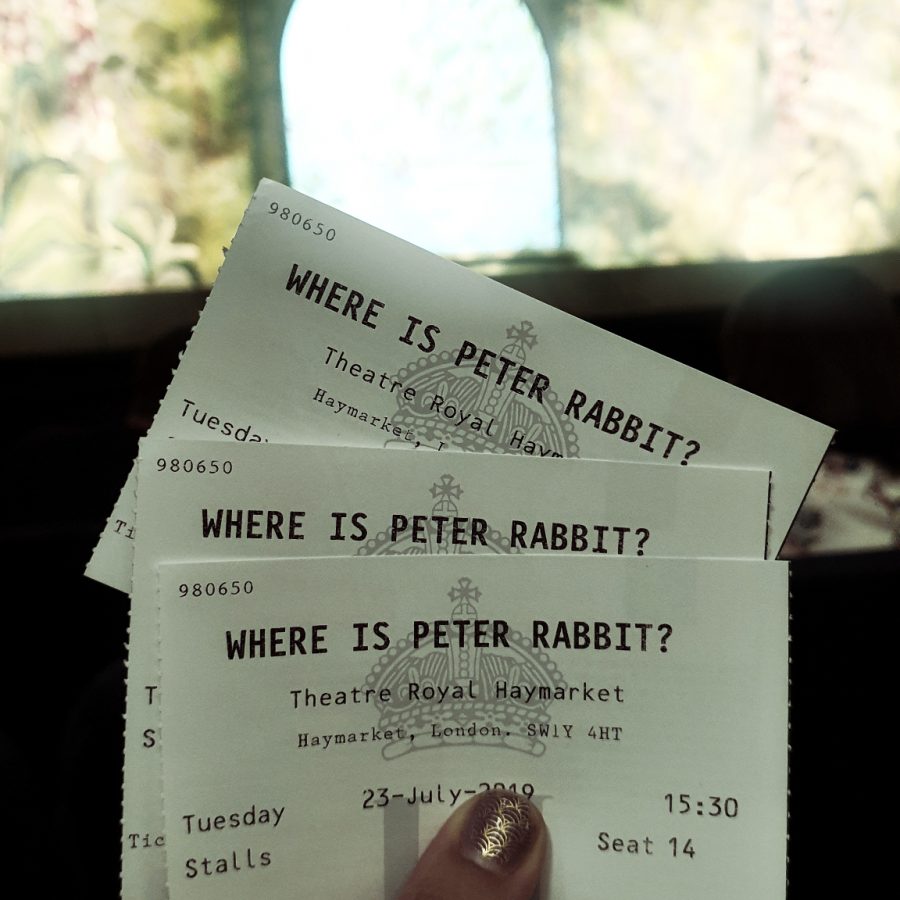 The theatre had a large stack of booster seats available at the auditorium entrances, so we grabbed two and settled into our seats. In the middle of the stage was a rounded, door-shaped screen that showed illustrations from the well known Beatrix Potter tales, with the rest of the stage decorated with a cute nature themed backdrop in a similar hand-drawn style. It kept the children engaged while we waited for the show to start.

Where Is Peter Rabbit opens with the Beatrix Potter character walking into a bit of a gust and her drawings scattering all about. A gorgeous Jemima Puddle-Duck puppet came out to help gather the drawings, but neither of them could find the one of Peter Rabbit. With this, we were off on an adventure exploring some of the most beloved tales with the well known characters of Jemima Puddle-Duck, Mrs. Tiggy-Winkle, Mr. McGregor, Jeremy Fisher, Mr. Tod, and more. All the puppets were charming, lovingly crafted, and fantastic to watch on stage. The children absolutely loved them, especially the soaring Jemima, and were focused completely on the action on stage.

The story took us through several other tales before we finally get treated to the adorably pudgy Peter Rabbit puppet hopping about the stage while his own tale unfolds. There were several songs strewn throghout the show, and while none of them were especially memorable, they were all sweet and charming. The narration between Beatrix Potter and Jemima also kept the children’s attention and helped pull the tales together into a coherent story to follow. 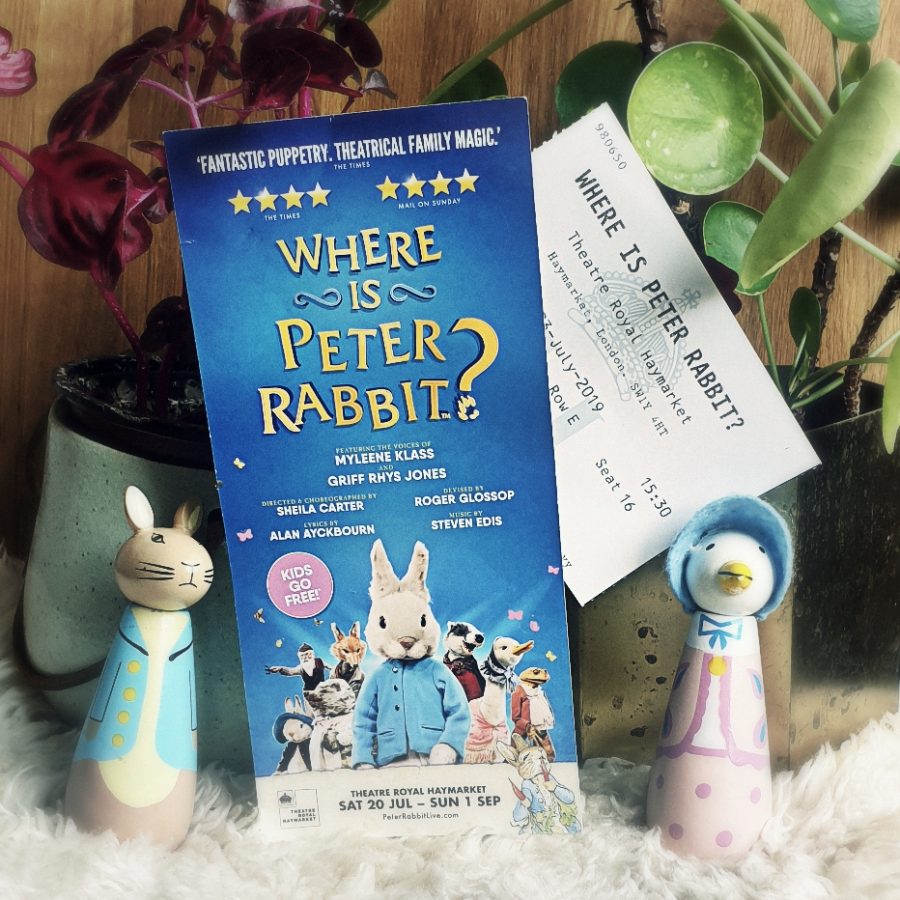 Where Is Peter Rabbit runs at the Theatre Royal Haymarket until the 1st of September, at 11am, 1.30pm, and 3.30pm on Sundays through Tuesdays and Fridays, as well as 11am on Mondays and Saturdays.

We really enjoyed the show and had a great time watching the amazingly cute puppets. Five out of six rainbow sloths from me!