Having done previous Immer-City events Death Of The King and Dead Quiet, I had a chance on Friday to try out their newest show, The Unholy Marriage Of Slice And Sweetly, a murder mystery based in Bethnal Green. This show takes place at St. Matthews Church and is definitely more of a beginners level murder mystery. 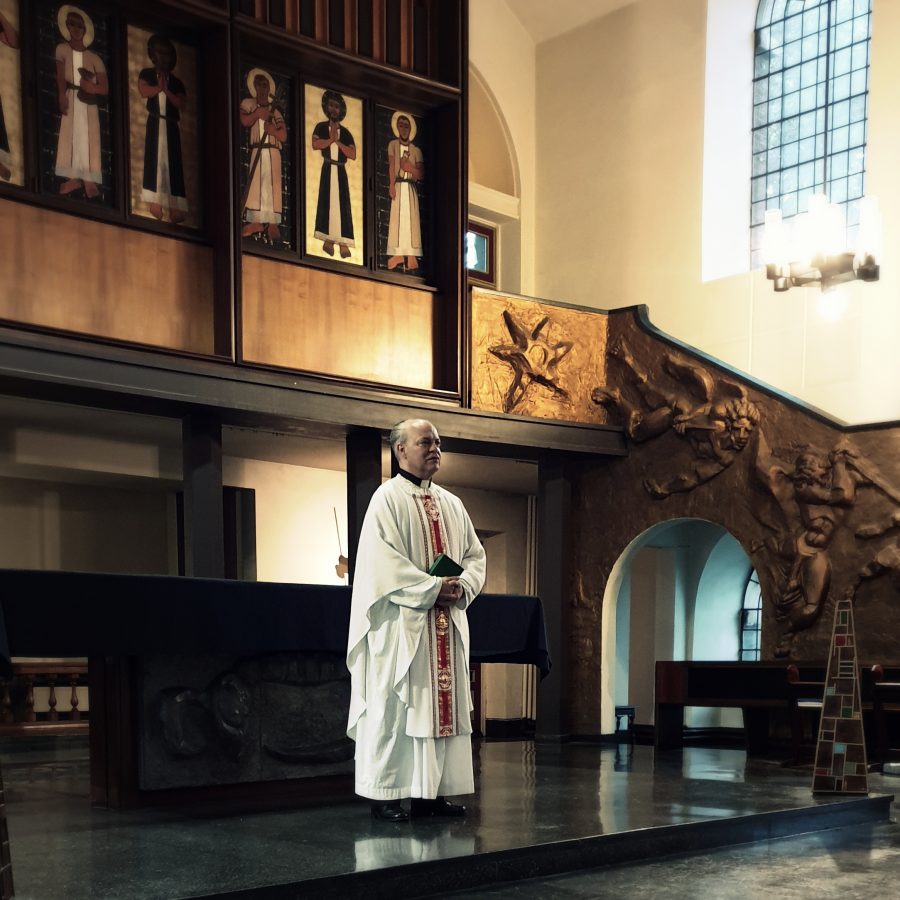 These types of immersive mysteries by Immer-City follow a basic structure, a medium of some kind channels the events of the day or night of a murder and attendees get to follow individual characters unseen to witness everything that is happening. Then the teams reconvene and brief each other on what they had seen as usually each team is made up of the same number of people as the characters and are assigned a different person to follow each. This way, the team should be able to figure out the entire story of what happened leading up to the murder.

After this break to talk things through, the team gets to interview each character for exactly five minutes, to try to get some more detailed information out of them. After this interview stage, the teams need to figure out who they think is the killer, and finally the solution is presented in a riveting confession that lays the entire reasoning and plot bare for teams to see if they came to the correct conclusion. This is the structure for all the Immer-City events I have previously done, and I really like this engaging murder mystery structure, though it seems a bit esotheric at times. 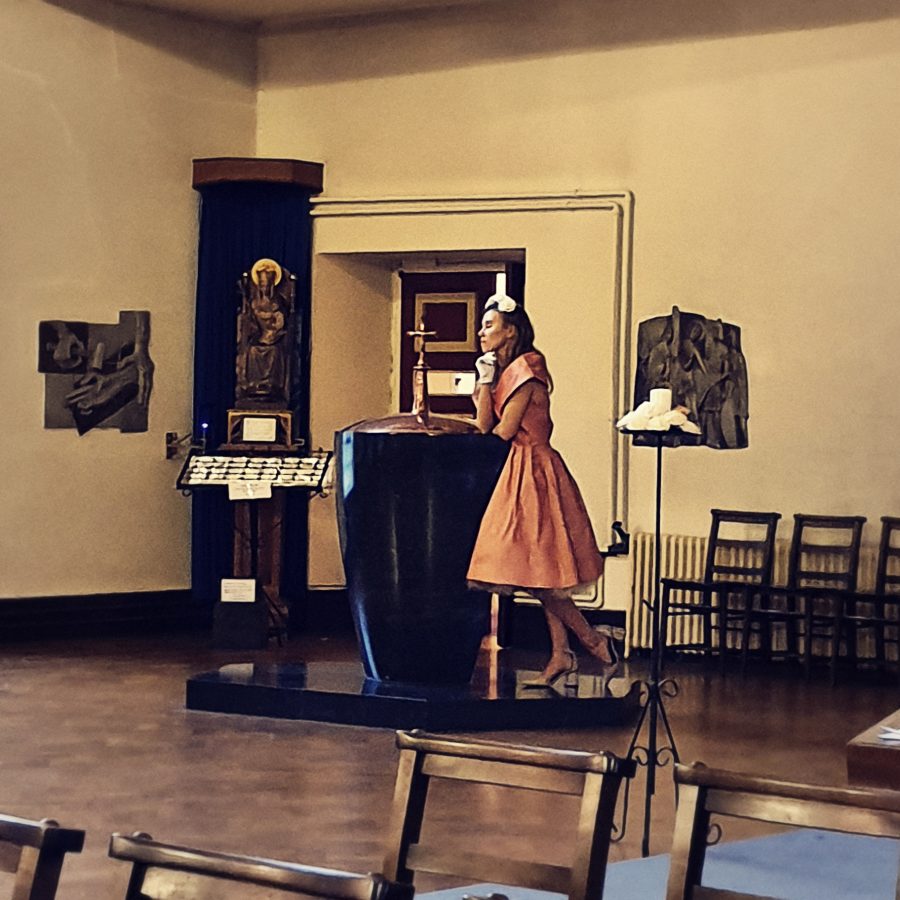 In this case, the plot revovles around the Slice and Sweetly families, with the Slices being the heads of a known criminal gang. Jimmy Slice and Maud Sweetly are set to be married on this day, but the proceedings don’t go as smoothly as planned. When the reverend is found stabbed in the back in the vestry, the families scramble to clear their names and avoid being suspects in this murder.

We, as silent witnesses, have to find out who actually murdered the reverend to free his ghost from haunting the church. The storyline is packed with twists and turns, but is definitely more transparent than the other two I’ve gotten to play with the company. The killer seemed almost obvious after comparing notes with all team members in the first review stage. There were a few doubts here an there, but the interviews with the ghosts definitely cemented our conclusion. Finally, the confession proved us right and gave more details on why the reverend lost his life that day. 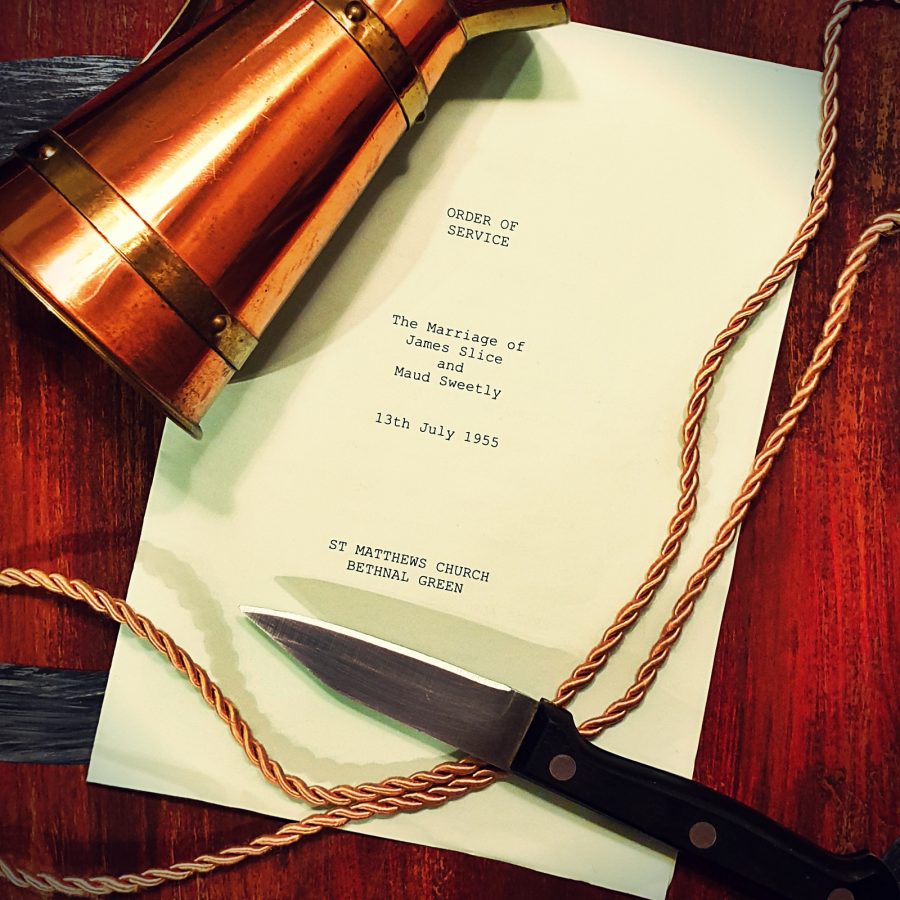 Acting was absolutely top notch and very immersive in this show, and the story is cohesive and makes sense. This is definitely suitable as an entry level murder mystery, so if you’ve never done one before but have always wanted to try, this is the perfect one to start with! For experienced mystery solvers, it might be a bit too transparent, but following the story and motives is still a lot of fun and so well presented. Being situated in a beautiful church is a huge bonus, and we got to see some spaced that aren’t usually open to the public.

I really can’t fault anything about this experience. Sure, it was on the easier side to solve, but as a very experienced escape room and murder mystery player, many beginners games are. I’m sure it is still a challenge for many and definitely a great adventure! It only just started its run, so you still have some time to take part! The Unholy Marriage Of Slice And Sweetly runs Thursdays to Saturdays until 30th August, so grab your friends, book your tickets, throw on your best 1950s wedding attire, and head to Bethnal Green for a gritty night out! Six out of six rainbow sloths from me!