When I heard that the same team that created the promenade experience of Julius Caesar at the Bridge Theatre were putting on a production of A Midsummer Night’s Dream, I just had to grab tickets for the first preview to experience it for myself. 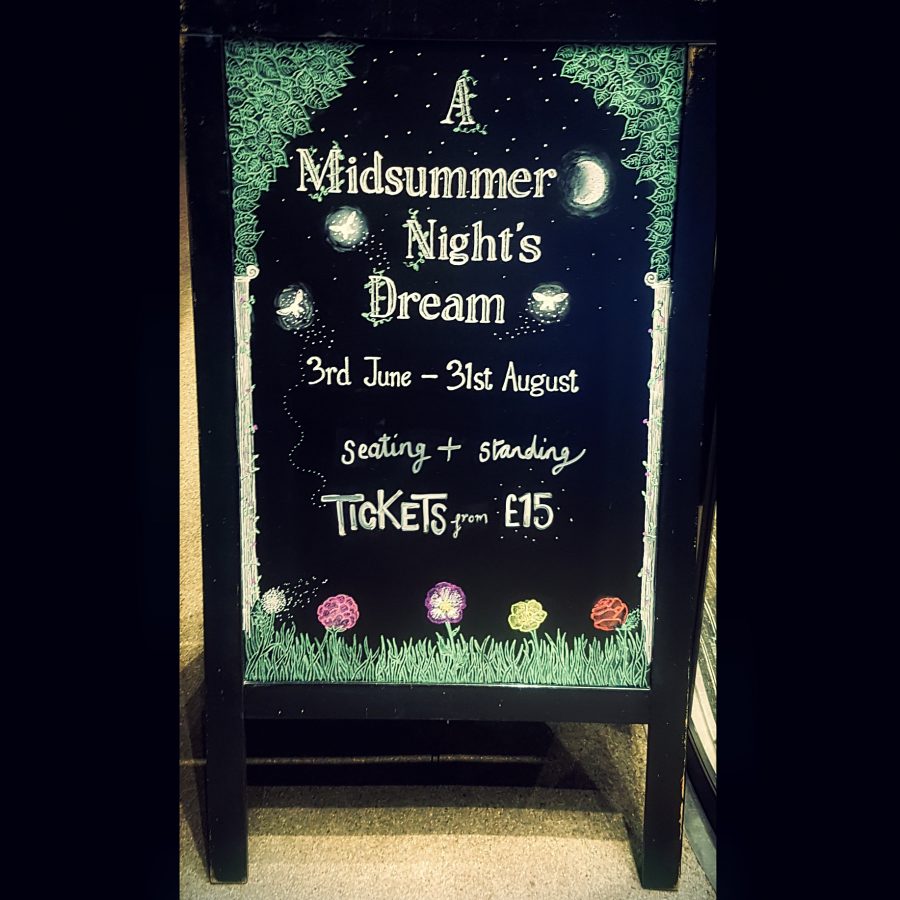 While I feel calling this immersive theatre is a bit of a misnomer, considering that immersive theatre has become a beast of its own and usually entails actual interaction with the actors, I knew what I was in for having seen the Julius Caesar production. Basically, while you don’t interact much with anyone in the play, you become part of the stage dressing if you choose to go for the promenade tickets rather than seated. The stage rises between the wandering audience in different configurations, with actors often rushing through the mob to get to or away from the stage. There are seated tickets available, which are arranged in the round and give a great view of the action, but if you are physically able to, I’d definitely recommend going for a promenade ticket as it’s a completely new experience and so much fun. 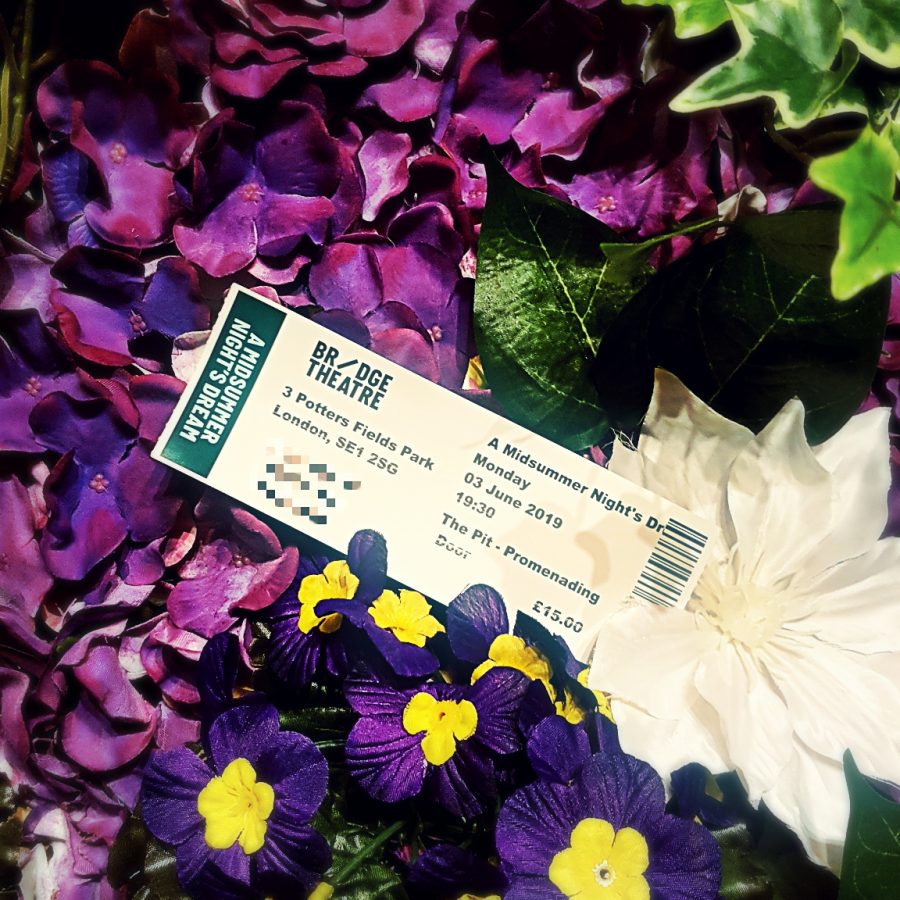 A Midsummer Night’s Dream is, of course, Shakespeare’s famous play about love, lust, fairies, mischief, magic, and absurdity. And of course it’s known as the one with a play within a play. If you’ve never read or seen this one, you’ve got to do yourself the favour to go see this production! It’s wonderfully done, sticks to the source material really well, but as some updated and modernised features that make it a joy to behold. From the acrobatic performances of the fairies over the madness soaked energy of Puck to the hilarous antics brought on by love spells, I just can’t fault this production in any way. It has humour, energy, passion, brilliant acting, beautiful costumes, a stunningly created ever-changing stage, and of course audience participation in the stalls.

The immersion through participation has definitely been stepped up from the previous, above mentioned, production of Julius Caesar, with more talking to the audience, walking through and bumping into patrons, involving some people in the action directly, and a wonderful dance party with the fairies at the end of the play. 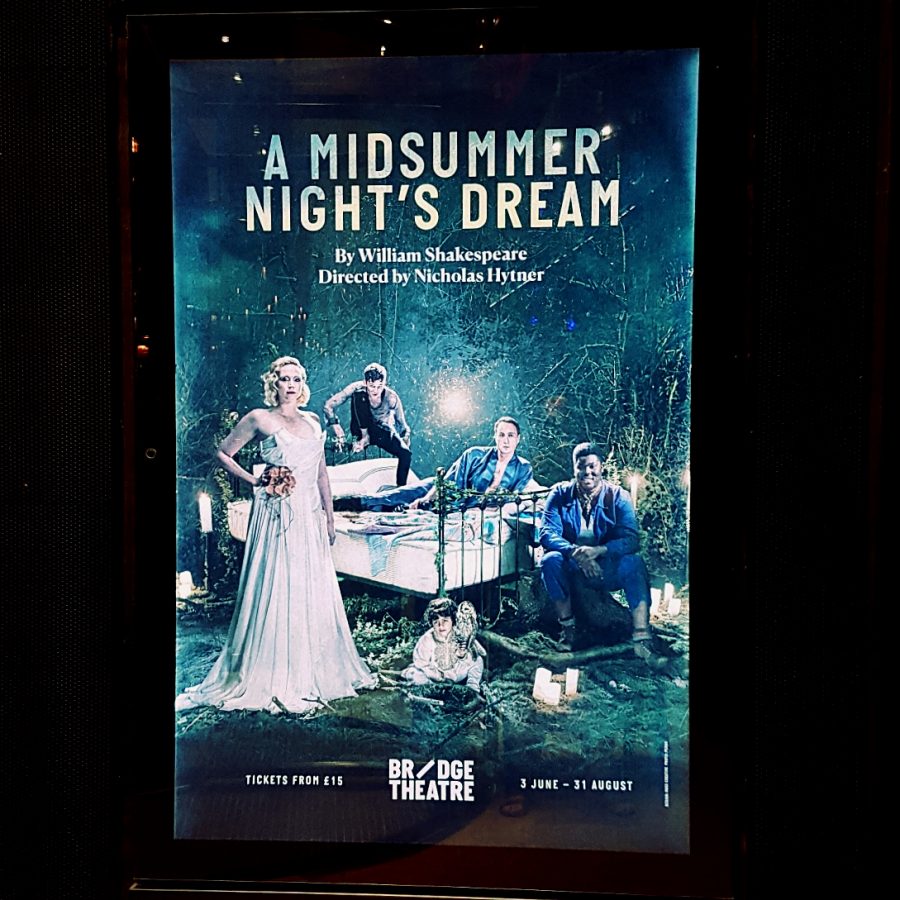 I had so much fun at this show and can’t recommend it enough! Wonderful in every aspect, there’s nothing I can fault about it at all. Full six out of six rainbow sloths from me! Go see this show, it’s brilliant!