I’ve been wanting to see Everyone’s Talking About Jamie for a while, but never got around to it. Finally, a friend took it upon himself to queue up early in the morning to grab day seats for us, so I joined him in the evening to see the show. 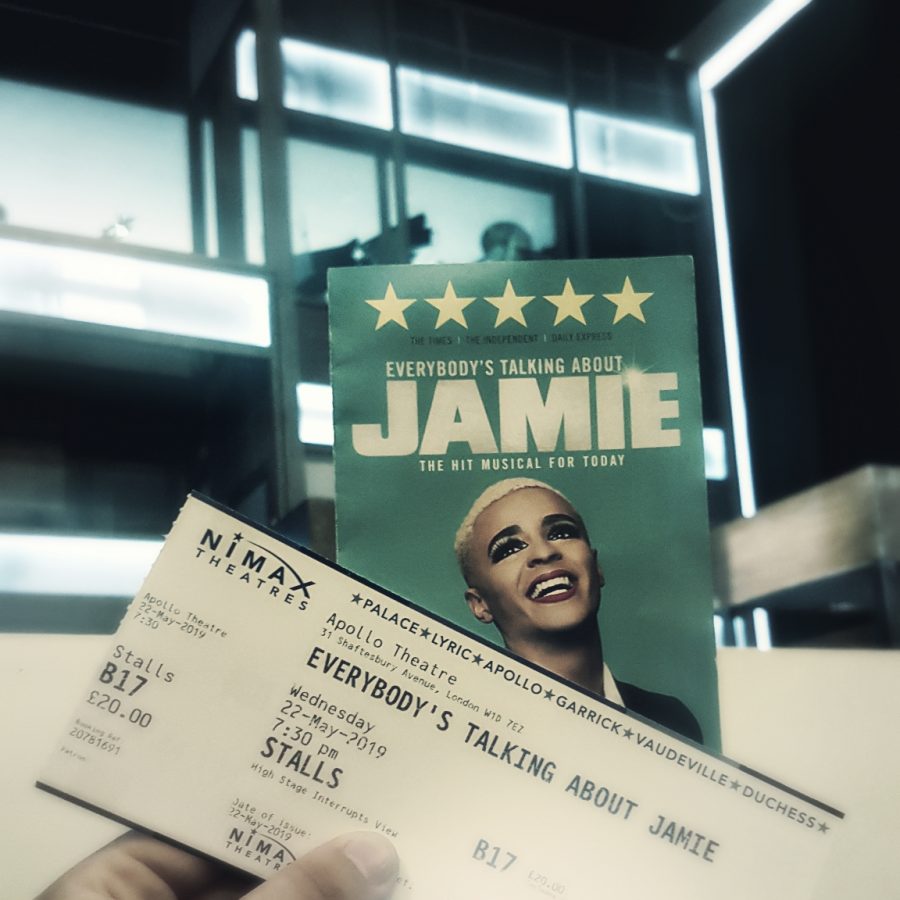 The musical is inspired by the true story of Jamie Campbell, whose story was told through the BBC Three documentary Jamie, Drag Queen At 16. From there, the story was transformed into that of Jamie New, a 16 year old who dreams of becoming a drag queen and struggles with family problems and bullying at school. It’s a beautiful, whirlwind musical about acceptance, societal expectations, finding your true passion, and accepting those who don’t fit the mould.

Starting in a classroom with a joyless, harsh teacher who is trying to rob young students of their ambitious dreams that seem too lofty to reach, Jamie rebels against norms and boredom by insisting on how dream to become a fierce drag queen. We follow Jamie through struggles with his family, school, and bullies, all of which seems a little too stereotypical at times. The story teeters on the edge of being a caricature, but the moving songs throghout and a brilliant performance by Roy Haylock / Bianca Del Rio bring life, passion, and excitement to the stage, overwriting some of the more cringey scenes.

Glitz and glamour, love and passion, fear and self-sabotage, this musical has it all. I wish it would have gone a little deeper into the story at times, but even with all its little flaws, it was an incredible journey that swept the audience along with it and broadened minds and hearts. 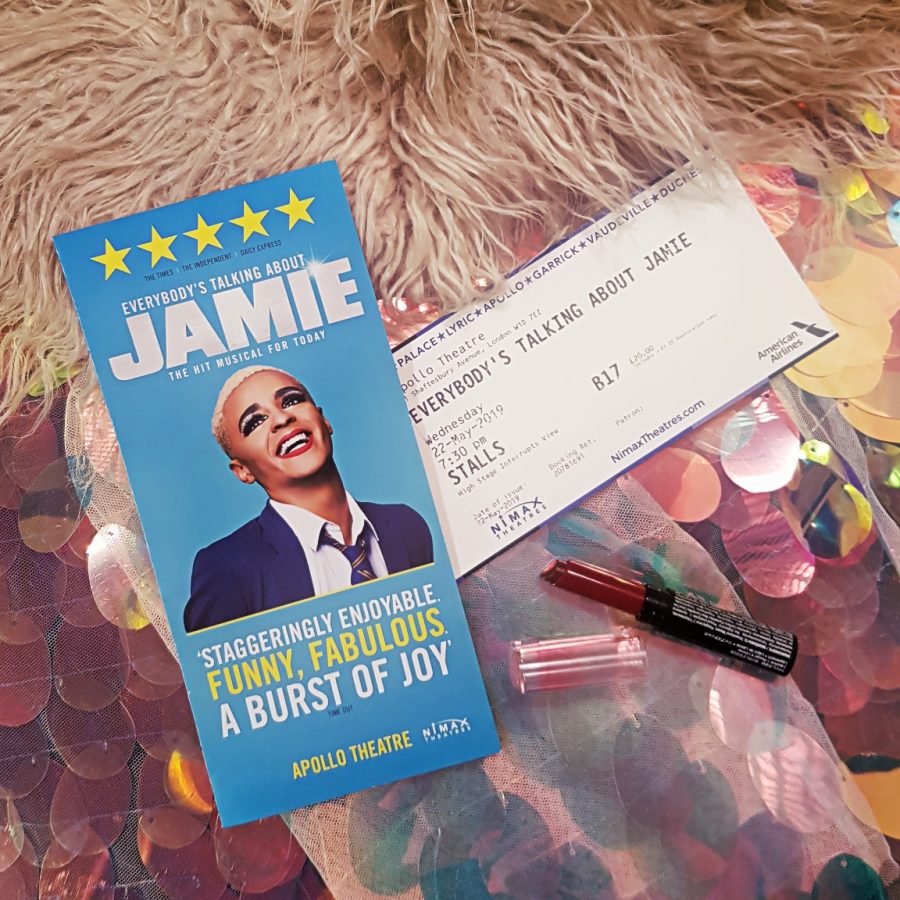 A beautiful production with a diverse cast that’s truer to life than any other show I’ve seen in the West End, this is definitely a musical not to be missed! If you haven’t gotten around to seeing it yet, do yourself the favour to grab tickets and go see this spectacle!

Five out of six rainbow sloths from me.