I had the opportunity to try out Any One Thing‘s new show Recollection at a discount, so headed down to the pub where it starts to see what it was all about. 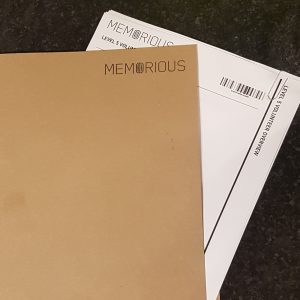 At the starting point, we were immediately thrown into the action. This immersive show is very small, there were only four players in our group, and just two actors guided us through the story. I don’t want to give any spoilers, so I can’t say too much of what happened, just that the actors were very good and their reactions seemed quite natural. The show does seem immersive at first glance, but there isn’t actually a lot to do for the audience. We were mostly led and told what to do by the two main actors and further characters through communication devices.

One thing that detracted massively from our enjoyment of this project was that one person in our team was very obviously part of the production team. She kept disrupting the immersiveness of the game by telling us what we were meant to do, not in character, but in a “this is part of the show, just watch for now” way, taking us out of the story completely. I’m not sure if this is just part of this production as a safety measure, or was just a fluke for our test group. Either way, I really hope they change this element as it was very disruptive to immersion and narrative development to be reminded several times that this is a show. At one point she also physically blocked me from leaving a vehicle when two of us were very uncomfortable being locked in the back and wanted to step outside the door, which wasn’t locked nor would have taken us out of the story at that point. 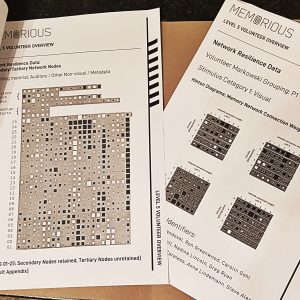 Generally I really liked the idea and storyline, it just didn’t feel as immersive as it could have. I’m not sure if players actually have much influence on the narrative, it seemed very predetermined.

A creepy, brilliant idea, but in need of some serious rejigging, I think. Maybe this is simply due to the production team member who kept ruining it for us, I’m not sure. The way I experienced it, I can’t give it more than three and a half out of six rainbow sloths.