I was lucky enough to snag a ticket for Admissions at the Trafalgar Studios through a friend who wasn’t able to attend anymore. I had been wanting to book seats for this new play, so was very happy to take the offered ticket. 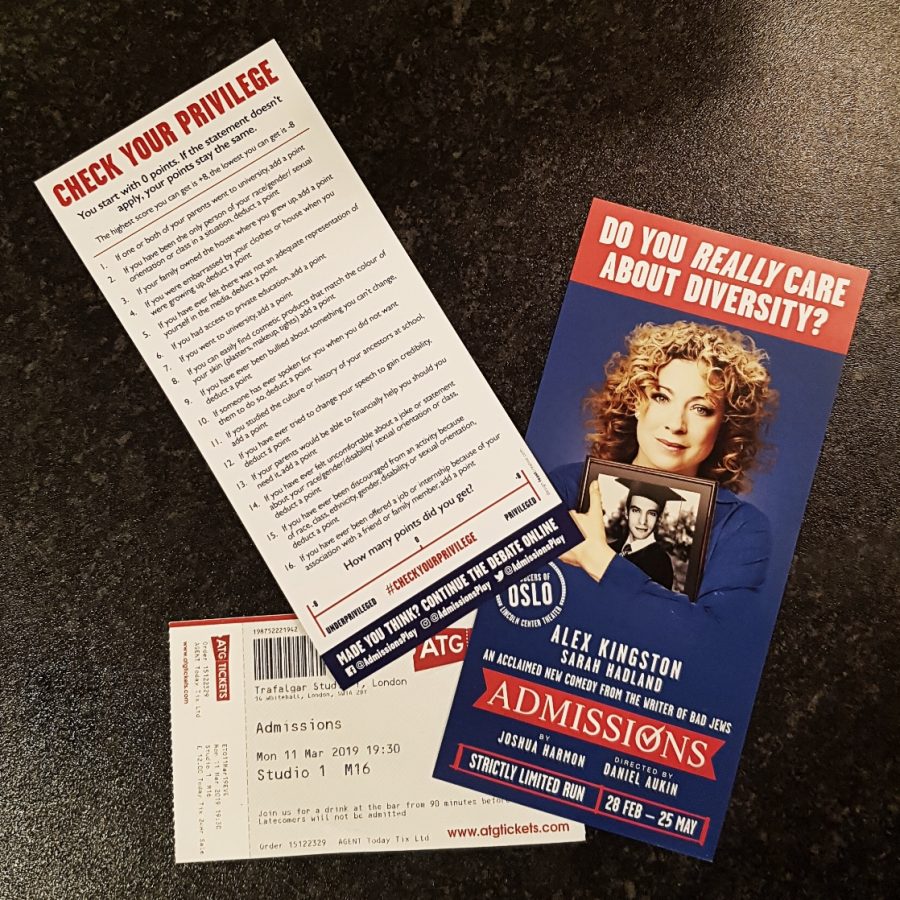 Admissions is a new play about diversity and privilege. Sherri, played by Alex Kingston, is the head of admissions at a private school, fighting for years to increase visible diversity. When her son gets deferred from his dream university while his best friend, who is a person of colour and thus ticks more diversity boxes, gets admission, Sherri’s world unravels during vicious fights with her son. She has to reevaluate her values and goals and her own position and privilege in the world.

Diving deep into how admissions work and how people of colour are still at a severe disadvantage in the academic world, Admissions throws up a lot of questions of how everyone fits into this field of privilege, and how we all uphold or question the status quo. Beautifully done, the emotional rawness and intensity of a teenage boy questioning everything and his adult mother deluding herself into thinking she’s fighting the good fight, this play is definitely needed and very poignant.

While some of the outbursts of the son are a bit over the top and his swing in beliefs too stretched to be taken fully as representative of one person alone, it does open a lot of questions and shows clearly how privileges people can feel taken down or unfairly treated when diversifying policies don’t apply to them. It’s a difficult balancing act for white people to fight for those with less visible privilege while not making enough impactful personal sacrifices to truly overthrow the system that has been in place for centuries.

With stellar acting from the whole cast, this is a raw, intense, and beautiful play that is sorely needed in our time. Whether it acts as a conversation starter or a starting point to delve deeper into the social makeup of our society is solely up to the viewer. 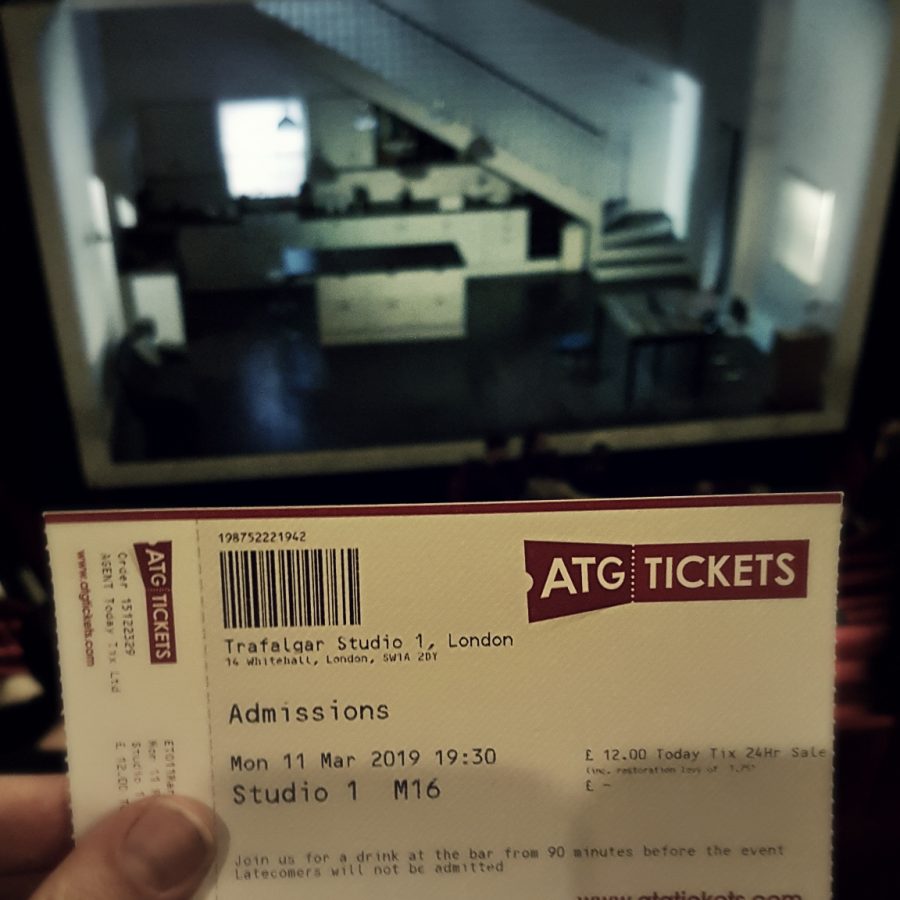 The day after I saw this play, the hollywood admissions scandal came to light and was written about all over the internet and print media, making Admissions even more important a piece and very timely indeed. I definitely recommend seeing this while it is still running. It might not be the most easy of viewing, but deep societal change is not meant to be comfortable.

Five out of six rainbow sloths from me.