I had heard a lot about The Great Gatsby immersive experience, so I grabbed three friends and we headed out to try it out for ourselves, dressed to the nines and ready to party with Gatsby himself. 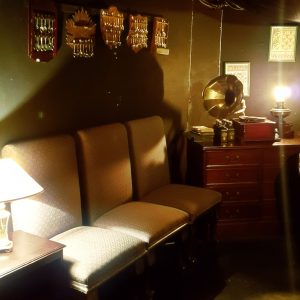 Upon arrival we were greeted and introduced to the general proceedings of the evening, and then immediately thrown into the action. The waiting area is perfectly dressed up for the era and hosts a bar and plenty of plush seating. We waited for a while until all attendees had arrived, then we were invited into the main party area, made to look like a large, posh house. The decorations are done absolutely beautifully and entertainment starts right off the bat. Some of the actors start a dance party, while others pick smaller groups of people to take off into different areas for unique experiences.

Myself and a few of my friends were picked to meet Mr. Gatsby for a “business opportunity”, so we where whisked off into a large office. I don’t want to give away any of the plot intricacies, but there were plenty of opportunities to interact and fully immerse yourself into the action to become part of the plot. 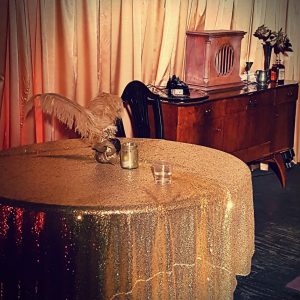 The basic plot of The Great Gatsby of course unfolded around us as well, while we were constantly pulled into the action and encouraged to interact with the characters. The immersive elements were just so well done, it was so much fun to go along with the plot lines and discover different characters, as well as the connection and intrigues between them.

There’s a bar that’s open throughout the night, so you won’t be going thirsty and everything is covered in spleandor and sparkle. A fantastic atmosphere for this immersive experience. 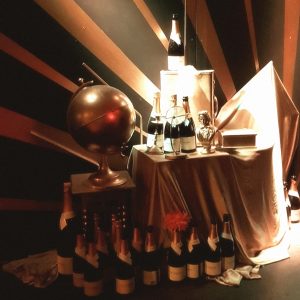 It is definitely more like a party with a bit of plot acted out, but it’s so much fun if you throw yourself into it. Definitely make sure you dress up for the era and make the most of the offered interactions. Five out of six rainbow sloths from me.