So, this sounded like a lot of fun, so I had to grab tickets and check it out. Here’s the show’s short description:
After several centuries in retirement, God has decided to make a comeback… and will be granting an exclusive interview to popular chat-show host, Binty O’Reilley.

Sounds fun? Yup, it definitely was! 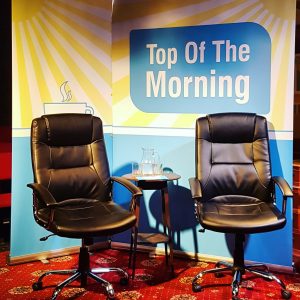 The show is set up like a run-of-the-mill talk show, with us as the live audience and the production team running around trying to get everything ready for the show.

Binty O’Reilley, the show’s host, runs the ship, and after a short introduction and instructions for us as the audience, the live show begins.

God, in the form of a middle aged lady in business attire, is questioned in good old sensational talk show manner, with actors playing out a few scenes from the bible, corrected through the updated descriptions by god herself.

While the show is quite interesting and well acted, I’m not quite sure what the ultimate aim was. Sure, it tried to show that there could be more to the story, maybe it tried to update antiquated Bible stories to suit modern beliefs, or was it just trying to poke fun at religion in general? It’s hard to say. Maybe it was just supposed to be a fun bit of entertainment? 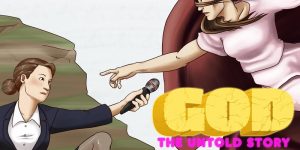 It was definitely entertaining, but seemed a bit aimless and messy at times. I like the basic idea for a tall show type interview with God, but this show could have done a lot more with it than it did!

Still, four out of six rainbow sloths from me for imagination and entertainment value!