A friend recommended Cluedupp Manhunt to me as an outdoor escape room like murder mystery game, so I assembled a small group and we headed out together to solve a murder. 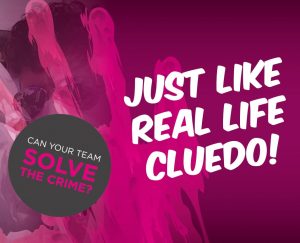 This game is played via an app, which is very convenient as you can choose what time to start on the specified day and just go at your team’s pace, whether you want to try to be the fastest team to solve it, or take it slow to enjoy the experience. My team decided we’ll take it slow, find and interview all witnesses and then finally sit down for lunch and read all their statements to solve the murder.

The phone with the app on it needs to have GPS capabilities enabled, as you have to walk around London to find and interview witnesses. This specific hunt was located around Covent Garden. Once we activated the game, we started tracking down the witnesses by walking to their shown locations. Once your GPS shows you near a witness, a notice pops up in the app, letting you talk to the person you have tracked down. First you have to answer a question pertaining to something in the direct vicinity of the witness; some of the questions are quite easy to answer, some of them a little harder to track down. Once you’ve correctly answered the question, you get the witness statement, which you can then access whenever you like.

As we decided to take it slow and enjoy the hunt, we didn’t read any of the statements yet, but rather kept tracking down the next person immediately until we had found and interviewed every single witness. Once that was done, we headed to an eatery to sit down, have some lunch, and go through all statements to figure out who committed the murder, what their motive was, which weapon they used and where they killed the victim. There were a few red herrings in the witness statements, but as we had collected all of them and went through them one by one, the real story came to light quite quickly and we were able to submit our conclusion through the app. 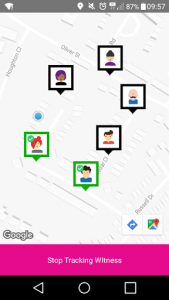 Along the way you are encouraged to take photos and post them on social media, there are plenty of opportunities to take fun pictures in the area. The story was well written but easily solvable without seeing every single witness statement, so if you’re competing to be the fastest team, you don’t really have to finish the entire route to get the information you need; though you do want to keep an eye out for red herrings that might put you on the wrong track.

All in all it was a really fun experience that shows you some side streets and less visited sites in the Covent Garden area, it was fun to track down everyone and eventually solve the murder, though there may be just a few too many witnesses. We really enjoyed the experience and I’d definitely do another one of these in the future! Four and a half out of six rainbow sloths!