I got a chance to see Michael Hunt’s production of Terry d’Alfonso’s play Picasso at the new Playground Theatre in Latimer Road. While I’m open to experimental theatre and love off-beat productions, this one is just an unholy mess. 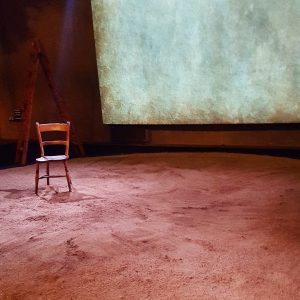 While the first thing that struck me was the bold, unusual design of a large, circular sand pit with a big screen in the background. Klara Zieglerova truly created a unique stage design here, if only it were for a better play!

The play itself seeks to examine Picasso’s relationship with and impact on his muses, yet seems to put the artist on a pedestal rather than condemning his awfully misogynistic treatment of the women in his life. Peter Tate seems incapable of breathing charm or even likability into the character of Picasso, making him seem grossly pretentious, self-centered and improbably smitten with himself and his actions. Running circles around artist tropes and messy monologues, I’m not able to discern whether the role itself is just written so blandly and hilariously drab, or if Tate just doesn’t know what to do with it.

While Adele Oni, Alejandra Cost and Claire Bowman have a much greater stage presence, it falls flat with the unbelievably one-dimensional roles they were given. All three women try to breathe life into this mess of a play, bringing vibrance and energy to the stage, yet fizzling out with the almost offensive material. There is nothing in this play that alleviates the air of abuse and manipulation, which wouldn’t be so bad were it condemned, yet it seems to be displayed in a heroic light instead. 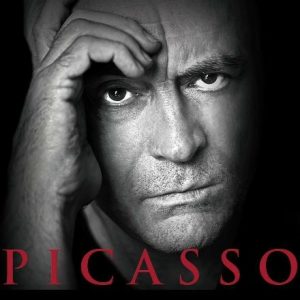 Everything about this show left a bad taste in my mouth and I couldn’t get myself to enjoy it. There were definitely some great acting performances brought by the women on stage, and the stage design was indeed exceptional, but even that couldn’t drag this wreck of a play. One and a half rainbow sloths for effort.