The small Jermyn Street theatre knows how to put on a show. At the moment they are hosting the world premiere of The Blinding Light, a new play by Howard Brenton. 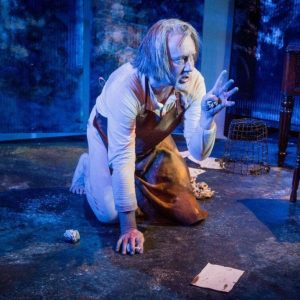 The play runs 90 minutes without an interval, so aims to fully immerse you in the action. The Blinding Light tells the story of August Stindberg, famous Swedish playwright, who disappeared for four years during his so called ‘Inferno crisis’, seemingly descending into madness while desperately dappling in alchemy and trying to get a grip on reality.

With a strong lead, the story easily comes to life, interweaving psychotic-seeming attacks with lucid moments at a staggering pace. Stindberg struggles to make any headway with his work and starts hearing voices in the walls, become more and more paranoid and convinced there is a greater power trying to get him.

Unfortunately there was a medical emergency in the audience halfway through the show, so it had to be stopped for a short moment, but the incident was handled very professionally by everyone, the emergency was swiftly resolved and the show re-started at the beginning of the interrupted scene. The actors were very professional about the short disruption and the flow of the play was quickly regained. 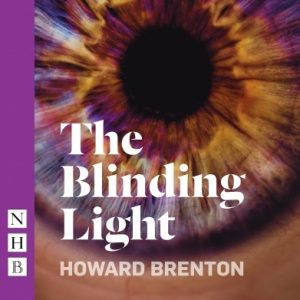 A very intense show, it was fascinating to watch. And the small space was used extremely well with a gorgeous stage setup. I’m rating this production four and half out of six rainbow sloths.