On a gorgeous, sunny day, I struck out towards Hampton Court Palace to walk in the footsteps of history. Just a short train ride away from my home, it was a journey I’ve been meaning to take for two years. 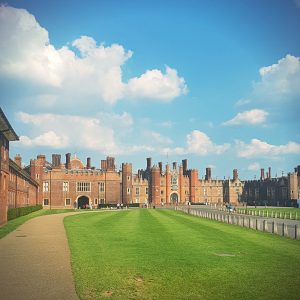 A former home for Henry VIII and several of his wives, Hampton Court Palace has fascinated me for a while. They offer a free audio guide that has several tour options on it, including three tours regarding Henry VIII; the apartments tour, the kitchens, and young Henry’s story are all very interesting, though the first two were definitely more interesting for me, as they contained a lot of information and stories about the palace, how it was built and decorated, and how life in such a large palace worked, whereas the third contained mostly information about Henry himself, which I already knew. But if you’re at all interested in Henry’s life or just old court life in general, this place and its audio tours will be a treat, no matter your level of knowledge. 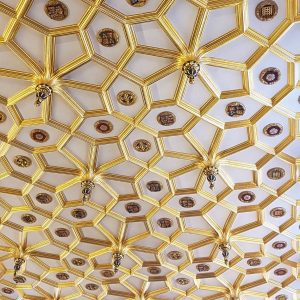 The sheer opulence and lavishness of this historical gem is astounding, with so many architectural marvels built and remodeled over centuries. There are also two gorgeous art galleries, a short chocolate kitchens route, an exhibition and guided tour of the Georgian story, and a short route through William III’s apartments. And of course the astounding and vast pleasure gardens, which are absolutely stunning! 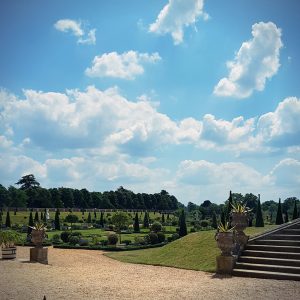 I especially love that many parts of the palace have been preserved and decorated how they would have been back in the day, so you can absolutely feel like you’re time travelling and wandering the paths of royalty long gone. 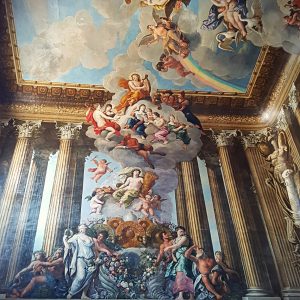 We spent most of Sunday at the palace and gardens, arriving shortly after opening and leaving just before the gates closed, so there is definitely a LOT to see and do if you enjoy audio guide tours and wandering around. We were also lucky enough to have the perfect weather, very sunny and clear but not too swelteringly hot yet, so we could enjoy the well kept gardens very much. 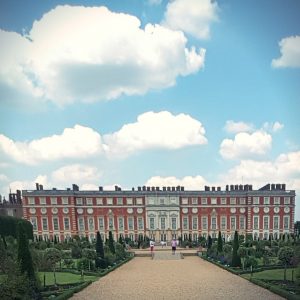 There are lots of events running throughout the year, so check their event listings before you decide when to go.

I really enjoyed the outing, but the audio guides were those annoying phone ones you actually have to hold up to you ear to use, I really prefer the ones with headphones so you don’t get locked elbows and achy arms after using it for a few hours.

Cafés and gift shops are horribly overpriced as usual, but staff was at least very friendly and helpful.