If you’ve never been to see the MMORPG show, you might want to read my previous review of the same, but different as it’s improv, show; the first review does go a little more in depth as to what this us all about.

Once again we headed to the Bill Murray pub, where the Angel Comedy Club resides, to witness another quest. I’ve seen the MMORPG show six or seven times now and it’s always absolutely worth it. 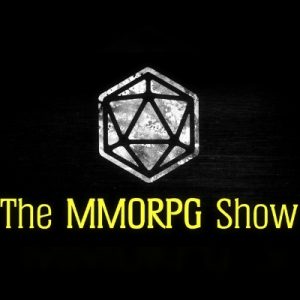 Tonight’s adventure was themed around luck, good and bad, talismans, winning and losing. The quest seemed simple enough, the casino in the town of Brixton had lost its talisman, which meant every patron won continuously while the casino was losing massively. You know, typical everyday stuff.

Our incapable band of heroes though seemed to have other plans. Erratic decisions and failures on the most basic rolls meant the story became hilariously complicated while not moving along at all. While this may sound frustrating, it was incredibly entertaining and gave us plenty of opportunities to playfully heckle the players.

Miniature horse urine became a magic elixir, a sentient banana peel lost limbs, no one was able to determine the shape of a hole in the ground for the longest time, a custard platypus was reunited with his jus wife and order was restored. 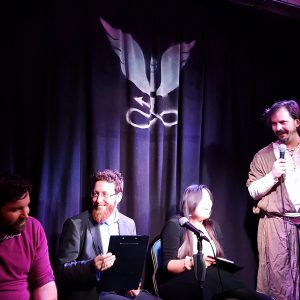 The sheer insanity of the decisions of players and audience made for another hilarious show, guided and occasionally reigned in by our experienced quest master. This one was definitely the funniest and most enjoyable of all MMORPG installments I’ve witnessed so far.

I’m rating this one five and a half out of six rainbow sloths.