I was lucky enough to be invited along by Love Popups London to see Cirque Du Soleil’s Amaluna show at the Albert Hall. I’ve only ever seen one Cirque show before and that was years ago. 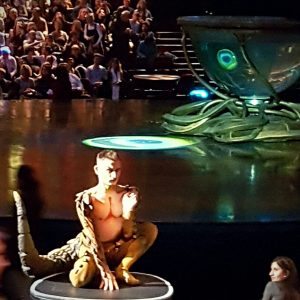 While the hall was filling up, several performers were entertaining the crowds while we were waiting. It’s always a nice touch to have pre-show entertainment going and feels quite immersive. 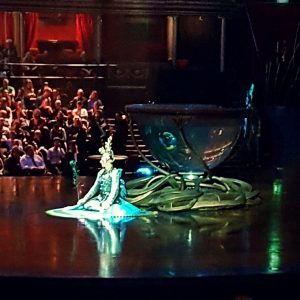 Being a Cirque show, Amaluna was chock full of dazzling costumes and gorgeous props with a plethora of very skilled performers. The story circled around a young woman in a magical kingdom coming of age and finding love, so a pretty run-of-the-mill story in itself.

It was helped along by the fantastic performances which made the story itself move more into the background. Storyline performances were built around acrobatic routines, which were all amazingly stunning. 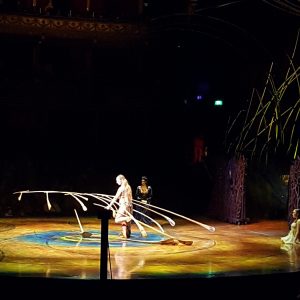 The music suited the show very well, sounding magical and enchanting and always suiting the pace of the performances by acrobats and dancers. With distinct rock undertones, the soundtrack was modern but themed around the storyline.

While I didn’t like the comic relief bits as they were too clicheed for my taste, the acrobatic feats and grandeur of the costumes and choreography definitely made it worth watching. 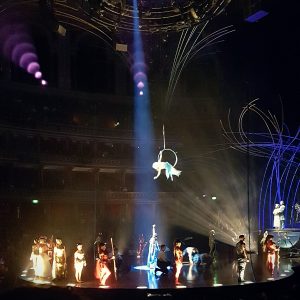 I’m a huge fan of acrobatic shows and enjoyed Amaluna very much. The storyline could use some less tropey improvements, but as the story is somewhat secondary and the world built by colours, music and costumes was absolutely stunning, I’m rating this one five out of six rainbow sloths.