After having tried The Lance Of Longinus before and hearing they were opening a second room, we simply had to return to Time Run to try out The Celestial Chain.

As usual, arrival is a little awkward as they don’t have a waiting room and only let you in a few minutes before your booking. Most other escape room companies have a space for you to wait until your slot because you’re encouraged to show up early. Not so with Time Run, showing up early will just mean you’re standing outside until they finally let you in, 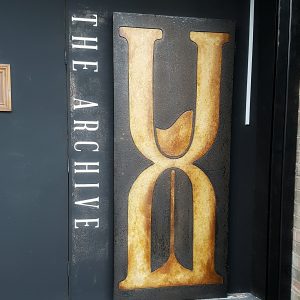 Apart from that little snag, Time Run has probably the highest production value of all escape room companies I have tried so far. Everything is fully immersive, from the first second you arrive. All employees play their roles convincingly and the introductions and videos are great at giving you an idea of what’s going to happen.

The Celestial Chain is a little different than most puzzle rooms, as you’re only permitted to stay in each “time period” (each room is themed a different way) for a certain amount of time and have to try to do as much as you can in that time. You have to collect certain items, which you receive through solving puzzles. Each room had quite a good selection of puzzles and clues available and I felt like every member of our 5 person team had something to do, no one was standing around waiting for others to finish things.

Some of the riddles needed several steps, whereas other puzzles were solved just by finding a key. The balance of individual and group tasks was quite well done. 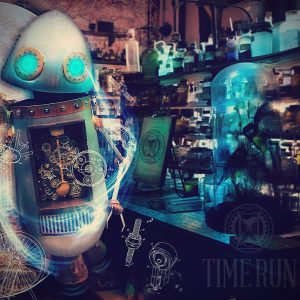 We got out with a good score and all had tremedous fun solving all the little riddles and finding so many items needed for the last room. This one definitely challenges how well your team works together and you get a little review of team work and strengths at the end, which is really neat and something I haven’t seen in any escape room before.

One of the machines didn’t seem to be working though, as we definitely tried it in the right fashion and tried over and over again. Some other riddles and tasks are really difficult to accomplish in so little time, which gives a sense of urgency to the whole experience.

Overall, I’m rating The Celestial Chain five and a half out of six rainbow sloths.